In the midst of California’s brutal wildfire season, an uplifting photo has emerged.

The owners of Plan 9 Alehouse in Escondido posted online a selfie taken by a firefighter they knew, and it’s going viral on Facebook, CBS 8 reports.

The photo shows Tim Bergon, from the San Marcos Fire Department, posing with fellow firefighters in the background who are sprawled out on the grass after fighting the Cocos fire near San Marcos in San Diego County, according to the Los Angeles Times.

Monica Calles, an owner of Plan 9 Alehouse, told CBS 8 that he took the picture to show his wife that he was okay.

Remember, this man is a trained professional, so don’t you go and try to take a selfie near any fire. 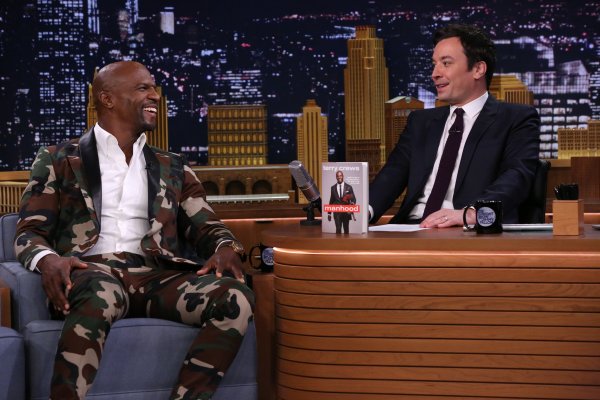 Jimmy Fallon and Terry Crews Perform Nip Syncing, Which Is Somehow Exactly What You Think It Is
Next Up: Editor's Pick