Sony’s PlayStation Now — its upcoming games streaming service based on OnLive rival Gaikai’s streaming tech — has been in private beta for PlayStation 3 owners since January.

I’ll bet a lot of you didn’t know that. I’ll bet a lot of you thought it was a PlayStation 4 thing, because Sony’s made most of its noise about the service in the context of the PlayStation 4’s unveiling, and it’s made it a bullet point in all its PS4 presentations since. Strangely, the service hasn’t been publicly testable for the latter platform.

Until now. Sony says the private beta program is expanding to include the PlayStation 4 on May 20, which would be today. The catch: you have to register — or have registered — for the private beta here, after which Sony’s mystery-picker system does whatever it does before firing off voucher codes by email. That’s what you’re looking for to jump in. Sony’s asking would-be participants to “please be patient,” that it’s “inviting more Private Beta testers on a regular basis” and notes that it’s going to expand the PS3 private beta “to a broader audience” soon.

Last I heard, PS Now was due out of beta sometime later this year, but Sony writes on its PlayStation Blog that the service will launch “this summer.” I’d expect we’ll see it featured prominently at E3, then, since we’ve seen virtually nothing of it at media events to date. Sony says the first supported devices, as expected, will be the PS4, PS3, select Bravia TVs made in 2014 and the PS Vita, “with more devices down the road” (presumably referring to tablets and phones).

The reason PS Now’s availability on the PS4 may be especially significant is that Sony’s pitching it as a way to play PS3 games on the PS4 non-natively. The PS3 either suffered or benefitted — take your pick — from its lack of PS2 backward compatibility. The PS2, as you’ll recall, continued to hold sway with gamers for years after the PS3 arrived. The PS3, with more than 80 million units shipped worldwide, is probably going to see new games you can’t play on the PS4 showing up for a while yet: games like Dark Souls 2, Drakengard 3 (out today), Tales of Xillia 2 and post-release downloadable content for biggies like Batman: Arkham Origins and BioShock Infinite.

If you’re on the fence about registering, a few points to consider: Sony says you’ll need a “steady” broadband connection (very funny, Sony) with speeds of more than 5Mbps “highly recommended.” You’ll need a DualShock 3 PlayStation controller, of course (I’ve seen nothing about DualShock 4 support officially from Sony, though it hosts a support page advising how to configure the DualShock 4 to work with PS3 systems). And you’ll need a Sony Entertainment Network account, if you don’t already have one. 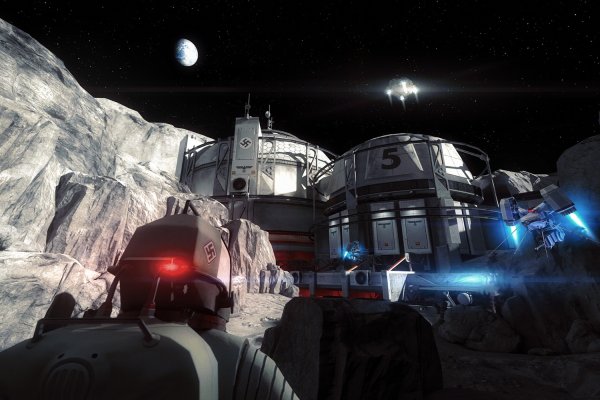 Watch: 'Wolfenstein: The New Order' Reviewed
Next Up: Editor's Pick