The Statue of Liberty is enveloped in fog on May 1, 2014.
Andrew Burton—Getty Images
By Barbara Tasch

Treasured American landmarks like the Statue of Liberty and Ellis Island could succumb to the consequences of climate change, according to a new report.

The report published Tuesday by the Union of Concerned Scientists said rising sea levels, wildfires and flooding threaten the longterm survival of many U.S. landmarks, including the Everglades, Cape Canaveral and California’s César Chávez National Monument. It’s just the latest in a string of recent reports raising alarm about the imminent and in some cases immediate impacts of climate change.

“You can almost trace the history of the United States through these sites,” said Adam Markham, director of climate impacts at UCS and a co-author of the report. “The imminent risks to these sites and the artifacts they contain threaten to pull apart the quilt that tells the story of the nation’s heritage and history.”

The report lists 30 sites which are at risk. It urges the U.S. to take steps to protect at-risk monuments, noting that some protective measures have already been put in place at the Statue of Liberty and Ellis Island, among other landmarks. And the report also urges people to work in order to minimize the risks that can still be minimized by reducing carbon emissions that are causing climate change.

The report predicts that Jamestown, the first permanent settlement in the Americas, will probably be submerged by the end of the century, and Markham raised the alarm for other monuments: “Fort Monroe in Virginia, which played a crucial role in the fall of slavery, will become an island unto itself within 70 years,” he said. 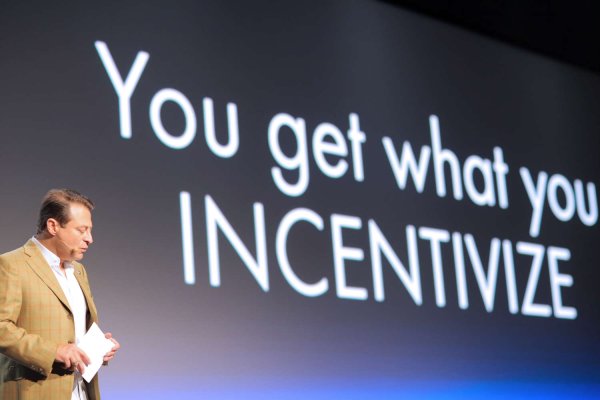 How I Almost Got to Decide the Next XPRIZE
Next Up: Editor's Pick