Oscar Pistorius, the double-amputee champion runner, will check into a state psychiatric institution in South Africa next week, a judge ruled Tuesday, where a panel of experts will determine if he can be held criminally responsible for killing his girlfriend.

Judge Thokozile Masipa ordered the former Olympian to report to Weskoppies Psychiatric Hospital in Pretoria Monday through Friday of next week from 9 a.m. to 4 p.m. The ruling will postpone the trial until June 30.

ABC News reports that the decision comes after the defense team’s expert witness, Dr. Merryll Vorster, testified that Pistorius suffered from generalized anxiety disorder which might have caused him to panic in a threatening situation.

Pistorius maintains that he thought intruders had broken into his house when he fired shots through a closed bathroom door, killing his 29-year-old girlfriend Reeva Steenkamp on Valentine’s Day 2013. 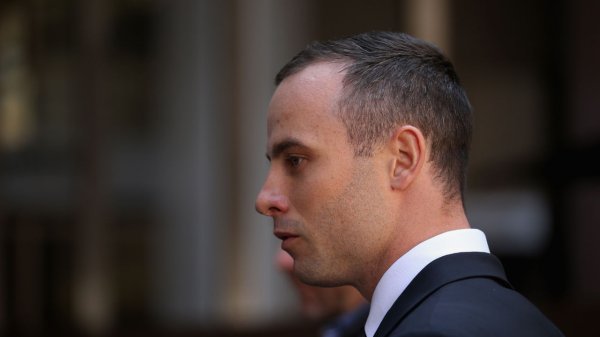