Panicked workers at the Fukushima power plant in Japan fled in the aftermath of a crippling earthquake in 2011, according to a new report, despite receiving orders to keep working in a last effort to avoid a meltdown.

A previously undisclosed record of the accident reported in the Japanese newspaper Asahi Shimbun on Tuesday reveals employees abandoned the nuclear plant after being ordered to keep working. On March 15, four days after the plant was hit by a tsunami, managers and workers fled the plant as they feared the core of the plant’s No. 2 reactor could melt through the containment vessel, releasing massive amounts of radioactive materials into the environment, the New York Times reports.

Based on a series of interviews conducted by government investigators, the report quotes Masao Yoshida, the manager of the Fukushima plant at the time of the incident, describing how the workers had gone to the still-functioning Fukushima No. 2 power plant, 10 km. away. “Actually, I never told them to withdraw to 2F,” the newspaper quoted Yoshida as saying. “When I was told they had gone to 2F, it was already too late.”

The March 2011 Fukushima Daiichi disaster was a failure at the power plant resulting in the meltdown of three of the six nuclear reactors. The accident was caused after the plant was hit by a tsunami caused by a powerful underwater earthquake, and it became the largest nuclear disaster since Chernobyl.

Yoshida, who died of cancer last year at the age of 58, is widely regarded as a hero in Japan for defying the order to pour seawater on the reactors. In his account, he described how 650 workers and midlevel managers fled to another nuclear plant six miles away and left him and 68 employees to try and regain control of the plant’s runaway reactors.

If true, the account challenges the way the Tokyo Electric Power Company (Tepco) recounted the day’s events. The company says it evacuated almost everyone except a small team of dedicated workers risking their lives to try and contain the crisis. The new report, coming out three years after the fact, could stoke new criticism of the government and of Tepco. The government didn’t challenge the veracity of the report, and a spokesman said the report hadn’t been disclosed because it wasn’t intended to be seen by the public. But a spokesperson for Tepco disputed the report, saying Yoshida issued an vaguely worded order to retreat to “low radiation areas,” which could have meant the neighboring plant six miles away. 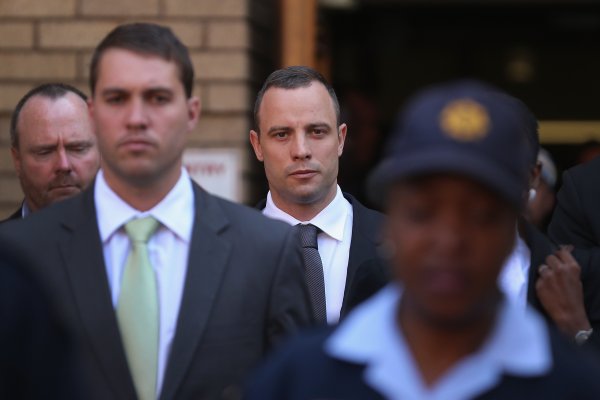 Judge Orders Mental Exam For Pistorius
Next Up: Editor's Pick