An unidentified armed man patrols a square in front of the airport in Simferopol, Ukraine, Feb. 28, 2014.
Ivan Sekretarev—AP
By David Stout

Tensions between Ukraine and Russia escalated sharply on Friday, as Ukrainian officials said Russian military forces had seized control of two airports in country’s the southern peninsula of Crimea.

Masked gunmen seized the airports overnight, the Associated Press reports, and Ukraine, whose new government is trying to tack away from Russia and toward Europe, quickly blamed the Kremlin. Ukraine’s State Border Guard said one base had been surrounded by Russian marines.

“I can only describe this as a military invasion and occupation,” Ukraine’s interim Interior Minister, Arsen Avakov, wrote on Facebook.

The latest tensions came after heavily armed pro-Russian militias seized several government buildings in the Crimean capital and hoisted a Russian flag above their barricades. Analysts fear that Russian President Vladimir Putin may push for military intervention in the region following the fall of the country’s pro-Moscow administration last week.

Meanwhile, ousted Ukrainian leader President Viktor Yanukovych, who has been lying low since fleeing Kiev amid protests last week, spoke publicly for the first time since leaving the country, saying from Russia that he’s still the country’s legitimate leader. Earlier this week, Ukrainian authorities issued a warrant for Yanukovych’s arrest for allegedly committing mass murder after security forces killed dozens of protesters during months of protests against the former president’s rule. 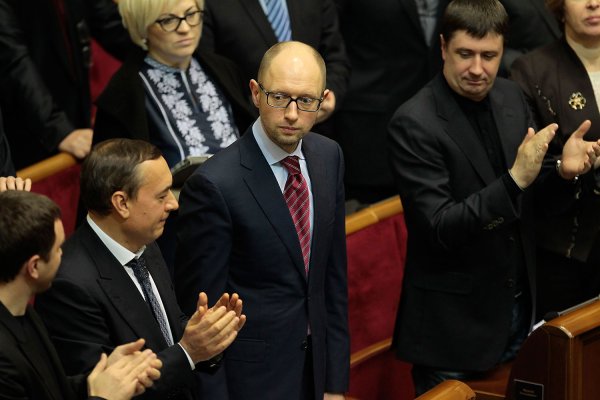 Ukraine's New Leaders Struggle to Govern Under the Gun
Next Up: Editor's Pick