In a statement issued Monday, Lewis said he opposed the nomination to the federal bench of Michael Boggs, who as a state lawmaker voted to pass a constitutional amendment banning same-sex marriage and to keep the Confederate insignia on the Georgia state flag. His record, said Lewis, is “in direct opposition to everything I have stood for during my career.”

Boggs’ selection has been openly criticized by progressives, given his stance on gay marriage, abortion and other civil rights issues. The Congressional Black Caucus opposes his confirmation, as does Senate majority leader Harry Reid.

Lewis, however, had been expected to support the President’s nomination. During an appearance on CNN on Sunday, Senator Dianne Feinstein, a California Democrat, said the Congressman believed Boggs’ nomination would be a “good ticket.”

But Lewis, a former leader of the Student Nonviolent Coordinating Committee and the youngest person to speak at the 1963 March on Washington, refuted that claim Monday. “I have worked tirelessly to rid Georgia, the South and this nation from the stain of racial discrimination in any form, including the display of Confederate emblems in the Georgia state flag,” Lewis said. “I am not about to change that position now.”

Home-state Senators typically offer their opinions on judicial nominees, and the two Republican Senators from Georgia support Boggs’ nomination. But Lewis’ opinion may carry more weight among Democratic Senators; some, including Illinois’ Dick Durbin, have said they would consult with the Congressman before confirming Boggs.

President Obama’s press secretary Jay Carney said last week that the President thinks Boggs’ judicial background qualifies him for the job. “What I would say is that the President believes that Judge Boggs is qualified for the federal bench,” Carney said. “The criticisms of him are not based on his 10-year track record as a state trial and appellate-court judge.” 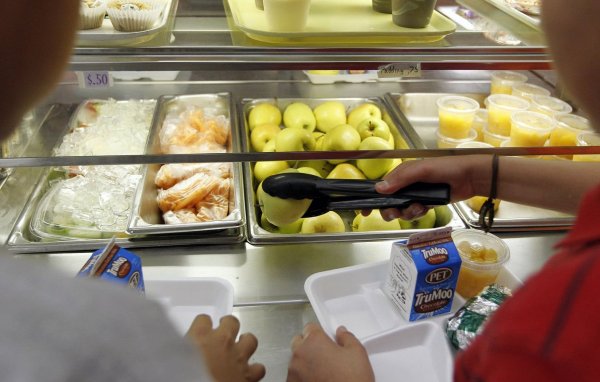