A federal judge in Oregon ruled Monday that a statewide ban on same-sex marriage was unconstitutional. U.S. District Judge Michael J. McShane said in his opinion that “no legitimate state purpose justifies the preclusion of gay and lesbian couples from civil marriage.”

Earlier on Monday, the ninth circuit court of appeals denied a motion filed by an anti-gay marriage organization, National Organization for Marriage, to stay the judge’s decision pending an appeal, making the judge’s order effective immediately. “I believe that if we can look for a moment past gender and sexuality, we can see in these plaintiffs nothing more or less than our own families,” said Judge McShane in his opinion.

In 2013, four plaintiffs filed a suit to allow same-sex marriage in the state. Before Monday’s ruling only domestic partnerships were legal for gay and lesbian couples. The 2004 law, known as Measure 36, which effectively banned same-sex marriage in Oregon, was struck down as a result of McShane’s ruling.

One of the case’s plaintiffs said he was “thrilled” by the judge’s decision in a statement issued by the American Civil Liberties Union.

“I am so thrilled to have the freedom to marry the love of my life. Marriage strengthens families like mine, and for me, it’s as simple as treating others as one would hope to be treated,” said Paul Rummell. “No one should be told it is illegal to marry the person they love.”

The Oregon ruling is the latest in a string of victories for same-sex couples looking to marry or have their marriages recognized in the wake of the Supreme Court’s 2013 ruling on gay marriage. 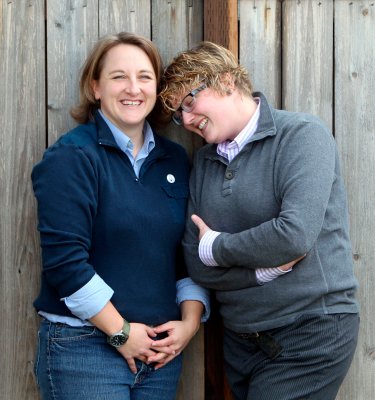