Gender Discrimination Is at the Heart of the Wage Gap

When Jill Abramson was fired from her post as executive editor of the New York Times last Wednesday, the world took notice. The New Yorker reported on tensions between Abramson and the paper’s owner, which may have been heightened in part by an argument over her pay relative to that of her male predecessor.

Whether Abramson’s pay did or didn’t have anything to do with her dismissal from the Times, one thing is certain: there is a gender wage gap. Among full-time workers, women earn 77% of what men earn. Even after accounting for the fact that women often work in different occupations and industries than men, as well as differences in work experience, union status, education and race, 41% of that gap is still unexplained. When social scientists control for every employment factor that could possibly explain the disparity, women still earn 91% of what men earn for doing the same job.

Female-dominated occupations tend to pay less, often much less, than male-dominated occupations. Women made great progress in the 1970s and 1980s in moving into careers traditionally dominated by men, but since the mid-1990s that progress has largely stalled. Today women still account for the vast majority of waitresses, retail workers, administrative assistants and nurses, but very few engineers, scientists, managers and technicians. Women also tend to work in service jobs and not-for-profit and public-sector organizations, which aren’t highly valued in a market economy. Moreover, though women lost fewer jobs than men did in the recession, they gained fewer during the recovery. And many of the gains were in sectors facing serious budget cuts, like education and social services.

What’s more, education has not effectively reduced the gender wage gap, even though women are now substantially more educated than men. Women surpassed men in college enrollment in the mid-1990s, and the gap has been growing ever since. Today 45% of young women are enrolled in college, compared with 38% of young men; 36% of young women have a bachelor’s or a graduate degree, compared with 28% of young men. Yet women with graduate degrees earn the same as men with bachelor’s degrees, and women with bachelor’s degrees earn the same as men with associate’s degrees.

What’s behind these differences? Part of the problem lies in what women study, which plays a large role in where they work later on. Women aren’t likely to choose high-paying majors like engineering; instead, they often gravitate to low-paying majors like education, psychology and social work. Women represent 97% of early-childhood-education majors but only 6% of mechanical-engineering majors.

Critics of initiatives to close the gender wage gap, or those who deny that it’s a legitimate problem, say gender-based wage inequalities are due to individual choice, and therefore are of no concern to government. When President Obama recently signed two Executive Orders increasing transparency for federal contractors in an effort to deter gender-based differences in pay, critics on the right argued that the differences were due to job tenure and hours worked. But Harvard economist Claudia Goldin demonstrated those claims did not hold water. Using wage data for men and women with identical degrees and experience, she was able to show that gender discrimination is ultimately at the core of the gap.

Even if differences in occupations account for some of the gender wage gap, why should gender-based educational and occupational segregation count as evidence against gender discrimination? Young girls and young women do not make choices about what to study and where to work in a vacuum. They make them under the influence of peers, family members and adults who tell them, through words and actions, the subjects, majors and careers that are acceptable for them to choose — and these influences inevitably inform their later decisions on careers. Gender stereotypes also underlie our decisions on how much dollar value to place on some kinds of work and not on others, or to even put a value on them at all: a female first-grade teacher usually makes less than a male video-game software developer, and for centuries women have borne the brunt of everyday housework and caring for children and the elderly for no pay at all.

It is possible to close the gender wage gap. In the 1960s the gap hovered around 60%. After initiatives such as the Equal Pay Act and Title VII of the Civil Rights Act made gender-based discrimination in the labor market illegal, the gap closed substantially between the 1970s and mid-1990s. Some states have a much lower gender wage gap than others: women earn 90% of men’s salaries in Washington, D.C., for instance, compared with 64% in Wyoming. Similarly, some European countries, such as Spain and Norway, have nearly closed their gender wage gaps, estimated at more than 90%, even before controlling for education level and occupational choice.

Closing the gender wage gap will require initiatives aimed at combatting workplace discrimination. One of these is the Paycheck Fairness Act, which would increase wage transparency and provide legal protections for workers who raise concerns about gender-based wage discrimination. It will also require flexible work options, which build upon women’s rights established under the Family and Medical Leave Act and assuage the slowdown in women’s career trajectories when they decide to start a family. It will also require us to alter the cultural norms and stereotypes we communicate to young girls, through the stories we tell and the people we admire, about what is possible for them. 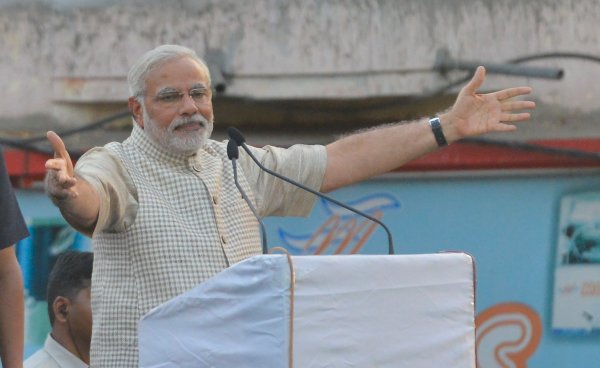