Most high schools will argue that dress codes are created and enforced because students’ clothing, if not monitored, will become distracting in the classroom. And yet this year dress codes seem to be derailing school work more than the outfits themselves.

More than 160 students at Duncanville High School in Texas were suspended last week for violating the school’s dress code. The kids who were sent home were told they could not stay in class for a range of violations: not wearing belts, forgetting their name tags, wearing the wrong colored shirt or having stubble on their faces. One student was even told that an official school spirit shirt was out of dress code because it didn’t have a collar.

The crackdown led to a spontaneous mass protest at the school, according to Fox Dallas-Fort Worth. Hundreds of students, upset that they were tossed from school during critical review classes before finals, began turning over trash cans and yelling in the halls. Videos posted to social media show students chanting “f–k dress code,” yelling and starting a fight. Police had to be called in to restore order, though no arrests were made.

Though the school argues that it has been enforcing dress code all year, students staged a sit in the day after the riot to protest what they say was an out-of-the-blue crackdown. A Change.org petition to repeal the dress code had 538 supporters as of Monday morning.

The riot comes just months after middle school students at a school in the Chicago suburbs protested their school’s rules against leggings. Students and parents argued that teachers and administrators were unfair to tell girls to cover up rather than teaching boys not to objectify their peers.

While school administrators maintain that girls wearing leggings will keep boys from paying attention in class or that boys’ chin stubble demonstrates a lack of respect for the learning environment, the protests against these rules are taking more time away from school work than any of these small infractions would. 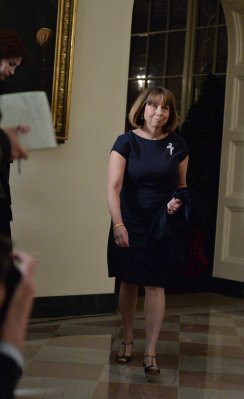 Jill Abramson Speaks Out After Ouster
Next Up: Editor's Pick