The Physics of the Game of Thrones "Moon Door"

When Game of Thrones fans first met the Moon Door, it was described as an “elegant” solution to the problem of administering justice. When Tyrion Lannister arrived in the Vale and was made to stand trial for his non-crimes, Lysa Arryn explained that those found guilty in her mountainous realm were disposed of via gravity, not swords or ropes. The Moon Door, a hole leading to uncounted feet of air and then the rocky ground below, is the preferred method of execution. (In the books, it’s a standing door with a crescent moon carved into it, but the nothingness is probably more visually effective when the camera is looking down rather than out.)

As Lysa would later explain to Sansa in the episode “Mockingbird,” which aired May 18, people who leave through the Moon Door break apart on the rocks below. Sometimes an intact body part will be found, but the person essentially snaps.

Of course, it was Lysa, not Tyrion or Sansa, who would eventually get to experience that wild ride first hand.

But would Lysa’s death really go down — no pun intended — the way she thinks it would?

Not necessarily, according to Jim Hamilton, who runs the Free Fall Research Page, a compendium of information about falls from great heights. Though we don’t know the exact height of the Moon Door, he says that if it’s more than 2,000 feet up, the faller would reach 125 miles per hour, which means broken bones and near-certain death — but not necessarily breaking into pieces.

“I’ve never actually been asked that question,” Hamilton tells TIME, in response to the query of whether someone in Lysa’s situation would snap apart like a twig. “It would depend on the surface you hit. Maybe if you hit a rocky beach. People who fall into meadows or marshes or sand leave a human-shaped impression on the ground. They almost tend to bounce sometimes. I would think that would be more likely than breaking apart.”

And what about the Moon Door’s “elegance” as an executioner? It turns out that, as unlikely as it sounds, such a fall wouldn’t be a 100% guarantee of death. Hamilton cites the fact that during World War II, for example, there were lots of people falling out of burning airplanes — and, though many of them died, a lucky few survived, often thanks to a combination of factors that slowed their falls. Hamilton’s website chronicles the stories of several such people who survived falls from great heights.

Still, don’t look for a twist wherein Lysa comes limping back. Despite stories of long-odds living, Hamilton says she’s probably done for — even if she’s still in one piece. 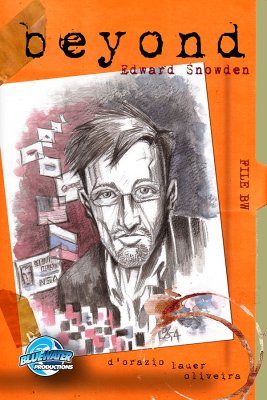 Edward Snowden Is Now a Comic-Book Hero
Next Up: Editor's Pick