With Missile Tests, North Korea Makes a Statement, Not a Threat

In a photo taken on July 27, 2013 a North Korean soldier salutes during a march through Kim Il-Sung square at a military parade marking the 60th anniversary of the Korean war armistice in Pyongyang
Ed Jones / AFP / Getty Images
By Emily Rauhala

North Korea launched four short-range missiles Thursday. The missiles were fired into the sea off the country’s eastern coast just before 6:00 p.m. local time, South Korea’s Defense Ministry said. It was the first confirmed launch in about nine months. Pyongyang has yet to comment on the incident. South called the launch “provocative”; the U.S. urged “restraint.”

Despite the stern words from Seoul and Washington, few here were surprised by the test or the timing. The Democratic People’s Republic of Korea, as the country is officially called, regularly tests weapons. This launch coincides with U.S.-South Korea military drills that the North insists are a dress-rehearsal for war. Last year, the drills provoked threats of nuclear Armageddon — short-range tests seem mild by comparison.

In fact, things finally seem to be looking up on the Korean peninsula. Last week, South Korea and the DPRK held their first high-level talks in years, followed by two rounds of reunions for families divided by the 1950-1953 Korean War. It was the first meet since the program was suspended following the sinking of a South Korean naval vessel, in 2010. An earlier round of reunions, scheduled for September 2013, was canceled at the last moment.

Korea-watchers believe North Korea agreed to the meetups as a way to re-engage with Seoul and, indirectly, Beijing and Washington. Dictator Kim Jong Un has promised to develop his country’s economy. To do so, he may need some help, or at least some relief from crippling economic sanctions.

“To sustain domestic politics the regime must be able to overcome economic difficulties,” says Yang Moo-jin, a professor at Seoul’s University of North Korea Studies. “This requires improving external relations.” So, notwithstanding missiles tests, expect the North to play nice for now. 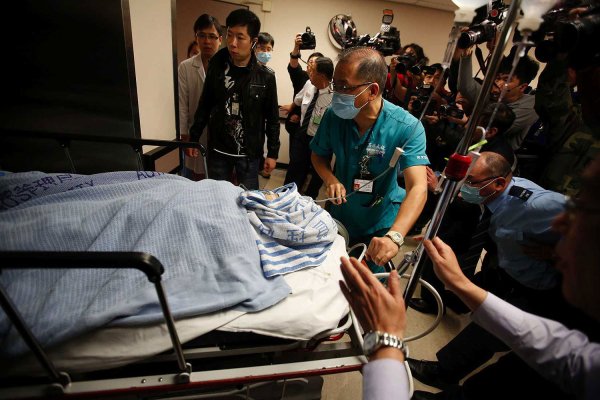 What Has Happened to Hong Kong’s Triads?
Next Up: Editor's Pick