Chris Christie: U.S. Has Lost Its Moral Leadership Under Obama

New Jersey Governor Chris Christie said Sunday that the U.S. is no longer a model for the world, lamenting a lack of American moral leadership on the global stage in a speech before a group of Jewish philanthropists.

Delivering an indictment of President Barack Obama’s foreign and domestic policy in a speech in New York City, the Republican 2016 hopeful said dysfunction in the nation’s capitol is harming American interests overseas. “There was a time in this world that America’s government was something to emulate,” he said. “No one can realistically believe today, when we have Democrats and Republicans in Washington, D.C., that not only don’t govern but barely speak to each other, that we’re any longer a model for the world.”

Speaking at the Champions of Jewish Values Gala in New York at an event hosted by This World: The Values Network, an organization headed by Rabbi Shmuley Boteach, Christie said America’s credibility is being undermined by the Administration sending inconsistent signals about “who our friends are … and who our enemies are.” He added the U.S. must “be the strongest moral power for what is good and what is right in the world.”

Christie criticized Obama for failing to follow through on his threat to punish Syria for using chemical weapons on its citizens, acknowledging there may be a debate about drawing a “red line.” “Here’s something that should not be up for debate, that once you draw that red line, you enforce it, because if you don’t, America’s credibility will be at stake and will be at risk all over the world,” he said.

Hinting at his own political ambitions, Christie said the nation’s political leaders should “stop singing a happy tune” about the state of the country, both at home and overseas.

“Foreign policy and America’s role in the world is something that is often not popular to discuss in political campaigns,” he said. “But I suspect that every person who has had the opportunity to lead this country recognizes fairly early on that it is that role that will define the character and the strength of their leadership.”

“We need to stand once again loudly for these values,” he continued, making the case for an interventionist foreign policy even as the isolationist wing of the GOP has grown more vocal. “And sometimes that’s going to mean standing in some very messy difficult places, and standing strong and hard for those things that we believe in.”

“It is now our turn,” Christie said. “The torch is firmly in our hand.”

Also present at the event were Texas Governor Rick Perry and Republican megadonor Sheldon Adelson, who sat at the table with Christie. Christie was forced to apologize to Adelson in March after using the phrase “occupied territories” in a speech to the Republican Jewish Coalition. Boteach defended his decision to honor Christie at the start of the program. Christie spoke vaguely about “friends at risk around the world” but did not mention Israel in his 18-minute address. 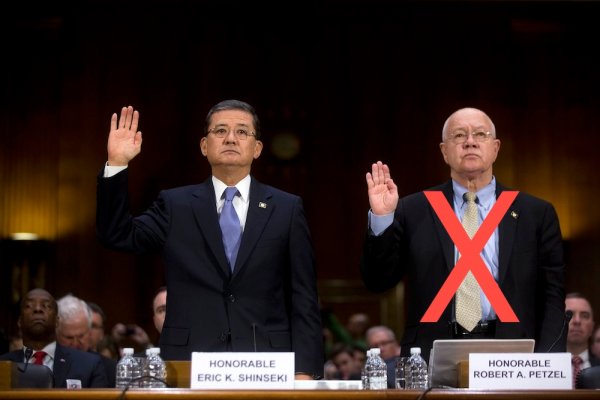