You can’t beat a quasar for general awesomeness. When they were first discovered in the 1960s, nobody could imagine what those pinpoints of light could be: they looked like stars, but they were so intensely bright that they could be seen more than halfway across the universe. Astronomers now know they’re unusually huge black holes, with millions or even billions of stars’ worth of mass—a bloated state they achieve by sucking in surrounding gas as well as the gaseous remains of stars they pulverize with their gravity. The ingested material heats up to millions of degrees before swirling down a bottomless gravitational drain.

Black holes—some of which were once quasars and some of which weren’t—lurk in the cores of almost all galaxies (including our own Milky Way). But the age of the quasars themselves appears to be over, with all of the major ones apparently winking out billions of years ago. And while astronomers aren’t 100% sure why, a new report in Science lends support to a longstanding theory: it was a case of mass suicide.

The evidence comes in the form of something Roberto Soria, of Australia’s International Center for Radio Astronomy Research calls a “micro-quasar,” weighing in at only about 100 stars’ worth of mass, in a galaxy just 15 million light-years from Earth. Like the true quasars, this one is powered by a black hole. The new object is also like quasars in that it’s sucking in gas, which spirals around and around the black hole’s so-called “event horizon,” and heats up to incandescent temperatures. Most of the gas eventually falls in, but some, driven by the intense temperature and pressure, spews outward in powerful jets of particles—a result of the heat’s rising to explosive temperatures as more and more gas rushes in. Essentially, the quasar eats too much and, well, throws up.

This particular micro-quasar is not the first such object to be discovered by a long shot. But as Soria reports in a new paper in Science, a full year’s worth of monitoring by the orbiting Chandra X-ray Observatory has revealed new details about just how powerful the outflow of radiation and gas can be. The answer: more powerful than anyone expected. The old view, says Soria, was that when a black hole is swallowing gas at a moderate rate, the jets of matter turn on, but that when the swallowing turns into gulping, the jets turn off, perhaps because the accumulating gravitational pull makes it hard for the gas to escape, even at high temperatures.

“But now it appears,” he says, “that when the rate goes even higher, the jets start up again.” This kind of cycling—with high pressure and heat causing the jets, gravity later holding them back, and still more pressure igniting them once more—was not entirely unforeseen by some of the theoretical models, but other models predicted all kinds of other things. “There are models that predict everything, and also models that predict the opposite of everything,” says Soria.

Astronomers already suspected that the outflowing wind from giant black holes was at least part of the reason the major quasars died out when they did: the jets cleared gas from a wide enough area that there wasn’t anything left for the black hole to eat. There’s some evidence that this has actually happened, but it’s still considered theoretical.

Having relatively close access to a miniature version of a quasar is likely to turn the theoretical concrete. Unfortunately, “relatively close” is an elastic term, and the fact is there’s no such body in our own galaxy. Still, astronomers have found six or seven of them within 15 million light-years and they’re now expanding their search out to 50 million light-years. “If we can find more,” says Soria, “it will really help us understand what’s going on.”

It probably won’t be long, in other words, before we know for sure whether the quasars, which blazed so brightly in the early universe, were responsible for their own demise.

(MORE: Jupiter’s Moon Ganymede Like You’ve Never Seen it Before) 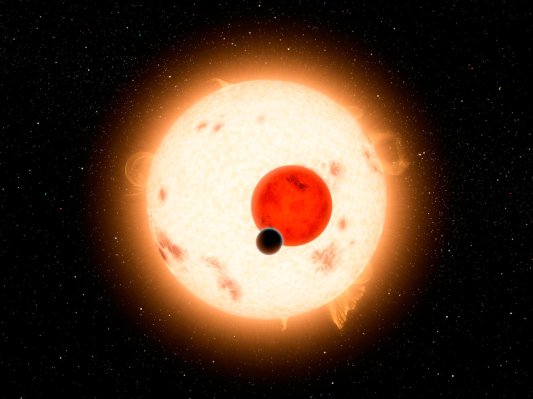 715 New Planets Found (You Read That Number Right)
Next Up: Editor's Pick