Bill Watterson, the creator of the beloved comic strip, which ended in 1995, has debuted his first cartoon in nearly 20 years — in the form of the cover art for the upcoming documentary Stripped.

Described as a “love-letter to comic strips” and a meditation on the state of the newspaper industry, Stripped is the brainchild of cartoonist Dave Kellett and filmmaker Frederick Schroeder. The pair used Kickstarter to fund the doc, which features interviews with more than 60 cartoonists — including Watterson, who provided a brief voice-over. Perhaps even more exciting than that interview, however, is the fact that Watterson also agreed to create the film’s movie poster.

“Aside from supplying a few sentences to the documentary, I’m not involved with the film, so Dave’s request to draw the poster came completely out of the blue,” Watterson told the Washington Post. “It sounded like fun, and maybe something people wouldn’t expect, so I decided to give it a try. Dave sent me a rough cut of the film and I dusted the cobwebs off my ink bottle.”

The result is the first cartoon Watterson has shared with the public since Calvin and Hobbes was retired, and it’s decidedly bawdier than the strip he was known for. “Given the movie’s title and the fact that there are few things funnier than human nudity, the idea popped into my head largely intact,” Watterson explained. “It’s a silly picture that sums up my reaction to the current publishing upheaval, so I had a good time, and I hope it brings the film some attention.”

Stripped, which was funded through Kickstarter, will be available on iTunes April 1 and on DVD on April 2. 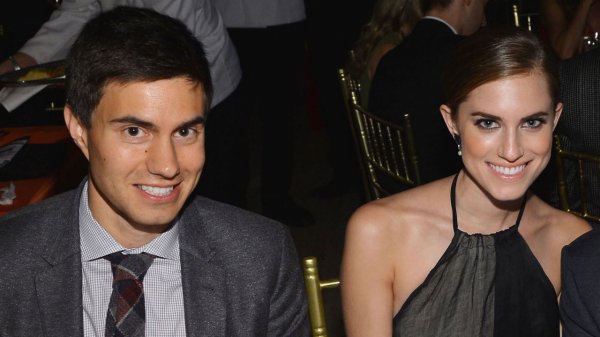 Allison Williams from Girls is Engaged to Ricky Van Veen
Next Up: Editor's Pick