Google Now Launcher: Google Brings Its Own Android Home Screen to the Play Store, Sort Of

Although Android 4.4 KitKat includes a new home screen design from Google, most users will never see it, because phone makers like Samsung and HTC tend to use their own home screens instead.

That may change soon, now that the Google Now Launcher has landed in the Google Play Store. Currently, it’s only available for Nexus and Google Play Edition devices, but technically there’s no reason other phones couldn’t be allowed to download it in the future. (Ars Technica’s Ron Amadeo theorizes that Google could force phone makers to include the launcher as an option if they want to pre-load other services like the Play Store and Gmail.)

In fact, if you really want to make your Android phone more Nexus-like, it’s not too hard to install the Google Now Launcher on other devices running Android 4.4:

I was able to install the launcher on my standard AT&T HTC One, but only after updating to Android 4.4, which coincidentally arrived on my phone this morning. But you may be able to run the Google Now Launcher on earlier versions if you first install the latest version of Google Search. (Again, Droid Life is hosting the file if you want to go that route.)

Is it worth the hassle? Not for me.

I do like how Google’s launcher lets you view Google Now with just a swipe on the home screen, and how you can voice search from the home screen just by saying “Okay, Google.”

But I prefer the flexibility of Nova Launcher, which preserves the look of stock Android while allowing me to cram more apps on each home screen page. The Google Now Launcher only allows 16 apps per page, plus four on the dock. With Nova, I’ve got six docked apps, plus room for 20 apps on each page (thanks to an extra row of icons). To me, it’s a better use of the One’s 4.7-inch display.

Keep in mind also that the Google Now Launcher won’t completely transform your phone into a “pure Google” device. Your phone’s original lock screen and settings menus will remain intact.

Still, if you’re deeply hooked into Google services and want to keep them close at hand, the launcher is worth a try. You can always switch back to your existing home screen by going to Settings > Apps and uninstalling the Google Now Launcher. 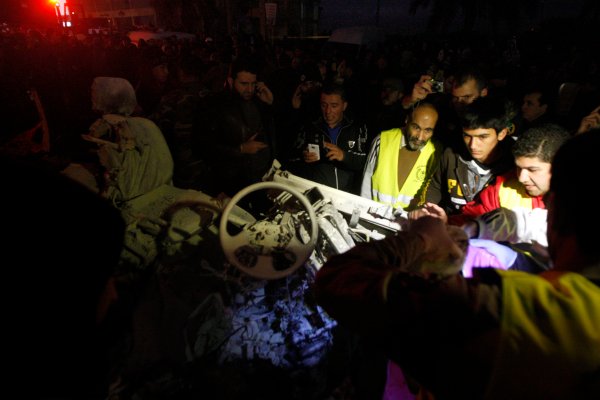 World's Most Depressing App Launches in Lebanon
Next Up: Editor's Pick