What You Don’t Know About Your Vitamins

If you’re like most Americans, you probably pop a multivitamin or some other supplements every day. After all, our diets are notoriously nutrient-deficient, and who has time to eat good-for-you fruits and vegetables all the time? A pill packed with the essentials for combating cell damage seems like a good back-up plan to keep the body fueled with the vitamins and minerals it needs.

Except that the latest studies don’t support that idea. More research is questioning the value of multivitamins and even supplements of individual vitamins in lowering the risk of chronic conditions like heart disease and cancer, and doctors are starting to advise their patients to stop wasting their money on vitamins. Here’s what the latest data show.

In its most recent recommendation, the U.S. Preventive Services Task Force (USPSTF), a panel of experts convened by the government to evaluate existing studies and issue guidelines to help doctors treat their patients, could not find enough evidence to support using multivitamins to prevent heart disease and cancer. The vitamins were believed to have antioxidant effects that could fight inflammation and the oxidative damage to cells that can trigger tumors. But the bulk of studies did not support such a relationship.

Vitamin E and beta carotene do not protect against heart disease and cancer.

In fact, among people vulnerable to lung cancer, beta carotene increased their risk for developing tumors. Vitamin E did not show a strong effect in lowering rates of either heart problems or cancer, and some studies linked the supplement to a higher risk of prostate cancer in men.

Calcium does not prevent fractures.

After reviewing the available evidence in 2013, the USPSTF concluded that there was not enough evidence to support a connection between calcium supplements and a lower risk of fractures. Healthy women, it said, did not need to take the 1,000 mg of daily calcium that most doctors had been recommending to their patients.

In fact, scientists from Germany and Switzerland found the supplements could even do harm; among a group of 24,000 adults followed for about 11 years, those who took calcium supplements had an 86% increased risk of heart attack compared with those who did not rely on the pills.

MORE: Vitamins and Supplements Linked to Higher Risk of Death

Despite this growing body of scientific evidence, more than half of Americans take some type of vitamin, mineral or nutritional supplement, spending nearly $12 billion a year on the pills. For most healthy adults who are not medically deficient in these vitamins or nutrients, however, doctors say that a healthy diet will likely provide them with enough nutrients. And sometimes, too much of the supplements can lead to their own problems, from nausea and diarrhea from excessive vitamin C to very serious swelling in the brain and eye damage due from ingesting too much vitamin A. So when it comes to vitamin supplements, you can probably save your money. 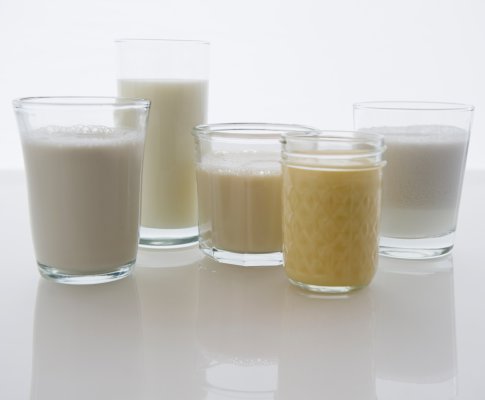 Milk-Off! The Real Skinny on Soy, Almond, and Rice
Next Up: Editor's Pick