On the surface, there’s nothing particularly surprising about the news that Microsoft is working with Insteon, the creator of one of the major home-automation standards, to provide Windows 8.1 and Windows Phone 8 with new apps. Home automation is rapidly becoming a major tech category unto itself. The deal will let consumers control household items such as lamps, security cameras and thermostats from their Windows PCs, phones and tablets, and Microsoft will sell Insteon hardware kits in its stores.

It sounds like a sensible partnership, and it is. But it’s also evidence that the Microsoft of 2014–the one run by Satya Nadella–is a whole lot humbler and more sensible than the one which dominated the industry for so long.

The old Microsoft was often prescient when it came to identifying emerging categories. It entered them aggressively, usually with its own technologies and almost always with a Windows-centric perspective on the world. Its goal was to crush the competition.

Sometimes the strategy worked: That’s how we got Microsoft Office and Internet Explorer, both of which reached 90 percent-plus market shares in their respective categories. But it also led to plenty of stuff which never went anywhere, such as the Microsoft SPOT platform for devices such as smartwatches, the Plays for Sure system for copy-protected digital music and Windows Media Photo, an alternative file format to JPEG for storing digital photos.

If home automation had started blossoming a decade or so ago, it’s likely that Microsoft would have devised its own platform–let’s call it Windows for Your House–and would have tried to topple the standards of the day, which included Insteon as well as perennial rivals ZigBee and X10. It’s possible that such a gambit would have succeeded. But it seems even more likely that it would have been a waste of everybody’s time.

Which is why the partnership with Insteon is such a refreshing move, in line with other recent Microsoft developments such as it release of a capable version of Office for Apple’s iPad. The company still needs to provide millions of people with clear reasons to dump their old copies of Windows 7 and–bleeecch–Windows XP and move to Windows 8.1. It also has to provide reasons to choose a Windows Phone over an iPhone or an Android handset. The new Insteon support is a small-but-meaningful incentive, in a way that some new Microsoft technology would not be.

An important point: Microsoft hasn’t given up on the view that as new gizmos come along, they should all be based on Microsoft technologies. At its BUILD conference last month, it talked about a new shrunken-down version of Windows for “Internet of Things” devices. Among its potential applications are household appliances. And the company is giving the operating system to hardware makers for free, which certainly sounds like an attempt to grab lots of market share as quickly as possible.

But whether or not you ever own a toaster that runs Windows, future versions of the operating system for PCs, phones and tablets will work with the hundreds of devices which already support Insteon. That’s good for everybody involved, including Microsoft, Insteon and–most important–both companies’ customers. 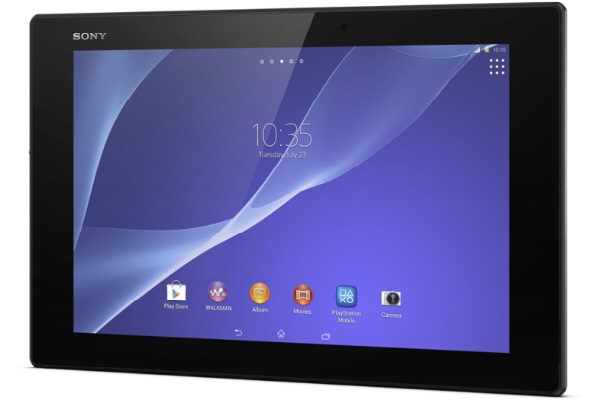 This Is the Best Android Tablet Right Now
Next Up: Editor's Pick