Protestors blockade private shuttle carrying tech industry employees from their homes in San Francisco to their jobs at the company's campus in Silicon Valley.
Katy Steinmetz / TIME
By Katy Steinmetz

San Francisco Mayor Ed Lee announced Thursday that Google has donated almost $7 million to the city so that low-income children can have free rides on city buses for two years. The move comes as the Mountain View, Calif.-based tech giant’s luxury buses have become a symbol of stratification in the Bay Area.

Lee’s office touted the $6.8 million gift as “one of the largest private contributions towards direct City services in San Francisco history.” San Francisco Board of Supervisors President David Chiu said “it’s good to see Google support the next generation of Muni riders.”

“Along with the Mayor, community members and others, I have publicly and privately urged technology companies to increase their civic engagement,” Chiu said in a statement. “We appreciate this positive step.”

In a statement, Google said, “San Francisco residents are rightly frustrated that we don’t pay more to use city bus stops. So we’ll continue to work with the city on these fees, and in the meantime will fund MUNI passes for low income students for the next two years.”

The tech industry has had a serious public relations problem of late in San Francisco, with poor and displaced residents maligning companies like Google as spoiled and out-of-touch with the needs of a city’s struggling underclass. No illustration of that has been more discussed than the private shuttles used by tech companies to ferry workers from their homes in the city to their jobs in Silicon Valley and back again. Though called Google buses, shuttles are also run by companies like Yahoo, LinkedIn, Apple and Facebook, who all have campuses south of town. Protestors have repeatedly formed blockades around the buses, which have been using city bus stops for free, arguing that tech workers flooding into town—even though they work elsewhere—and putting unnecessary strain on the city’s insufficient housing stock. Housing rights advocates have repeatedly called for tech companies to help support less fortunate residents in a city that is a selling point for attracting the tech world’s best talent to the area.

A pilot program that will charge companies $1 per stop is set to begin later this year. Some have criticized that as a pittance considering it costs $2 to ride city buses.

“The media and some of the protests focused on putting the blame on technology workers who were taking buses down to Silicon Valley,” Lee told TIME late last year. “[This] caused the technology company owners to say, ‘Hey, maybe we could be part of the solution, that rather than allow this narrative to just fester, why don’t we… be good philanthropic companies.’”

A parody rap song released in January illustrates some residents’ resentment of the private shuttles that tech workers get to ride for free: “I’m on that Google bus / Hanging with the upper crust / I left my Porsche up at the condo with my poodle pups … High speed, Wi-Fi, lots of leg room / And the seats are plush.”

The question after Google’s latest move is whether the residents angry with tech companies will be assuaged by the donation. Erin McElroy, the director of the San Francisco Anti-Eviction Mapping Project who has organized protests against tech-company shuttles, reacted coolly.

“It’s a last-minute PR move on their part, and they’re trying to use youth unfairly to create a better brand image in the city,” she said. “And it’s not actually costing them much money at all. I don’t think that’s going to solve any of the wider problems or mitigate broader impacts.” 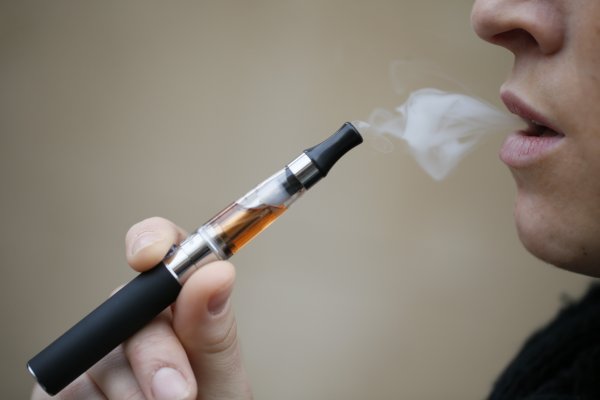 U.S. Slow to Regulate E-Cigs
Next Up: Editor's Pick