Clay Aiken, who is seeking the Democratic nomination in the state’s second district, announced his candidacy earlier this month.

The performer placed second in Fox’s hit talent show in 2003, losing out to Ruben Studdard.

Aiken, who lives in the Raleigh-Durham area, came out as gay in 2008. He expressed confidence in his ability to win in the Republican-leaning district at a gathering with supporters Thursday. 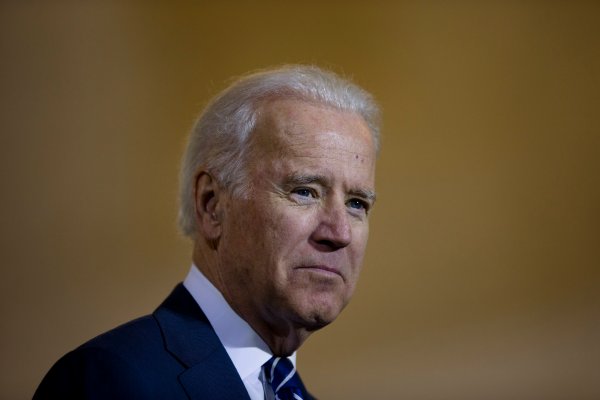 Biden Rallies Democrats: 'There Is No Republican Party'
Next Up: Editor's Pick