Brown v. Board of Education: Few Revolutions Are Ever Truly Complete

It was supposed to have been a slow news day. Reporters covering the Supreme Court had been told not to expect very much on Monday, May 17, 1954, when the court’s press officer shifted signals. “Reading of the segregation decisions is about to begin in the courtroom,” said Banning E. Whittington, while putting on his coat and leading a pack of journalists up a flight of marble steps into the chamber, and into history, according to The New York Times.

It was 1 p.m. when newly confirmed Chief Justice Earl Warren began to read the opinion of the court in Brown vs. Board of Education of Topeka. The key sentence was unpoetic, but it belongs in American scripture as surely as any words of Jefferson’s or Lincoln’s do: “in the field of public education the doctrine of ‘separate but equal’ has no place.” With these words the American Revolution that had begun in the aftermath of the French and Indian War on the North American continent in the latter half of the 18th century entered a new and dazzling phase.

In his important history of the pre-Brown South, the late writer John Egerton brilliantly captured the moment of Warren’s announcement 60 Mays ago. “In the most fundamental way, everything came together around this court decision, around the issue of race and education,” Egerton wrote in his 1994 book Speak Now Against the Day.

Two points come to mind on this 60th anniversary. The first is about the primacy of politics and the indispensability, in our system of popular government, of at once respecting and shaping public opinion. The nation was fortunate that Warren was where he was when the crisis of the Brown decision came. As a politician—a former Republican governor of California and vice-presidential nominee on the 1948 GOP ticket that lost to President Truman—Warren knew that a unanimous court was essential in such a difficult hour. And so he worked hard behind the scenes to produce a 9-0 decision, work that included bringing around justices from Alabama and Kentucky. The Brown opinion was the work of a man who respected politics despite its inherent limitations and frustrations.

The second point, and it is related to the first, is that few revolutions are ever truly complete. The 1954 decision was epochal—but it was only the beginning. The following year the court returned with an enforcement decision to make clear that it was quite serious about ending the segregationist order made possible by Plessy v. Ferguson. And as we all know, the work of making the promise of equal opportunity real for all Americans is not over even now. That’s worth remembering on even the slowest of news days. 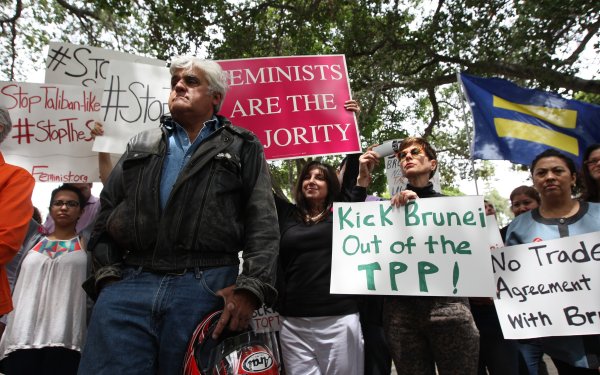 Moral Outrage Checking In at The Beverly Hills Hotel
Next Up: Editor's Pick