A federal judge in Kentucky issued a final ruling that struck down parts of the state’s 2004 ban on gay marriage and requires the state to recognize out-of-state same-sex marriages.

The order does not require Kentucky to issue marriage licenses to gay couples—the subject of a related lawsuit. However, same-sex couples in Kentucky can now change their names on official documents and receive other benefits enjoyed by married couples.

Earlier Thursday, Kentucky’s attorney general asked the judge for a 90-day stay so his office can consider whether to appeal and for the state to prepare to implement the ruling. Heyburn’s order does not mention the delay request. 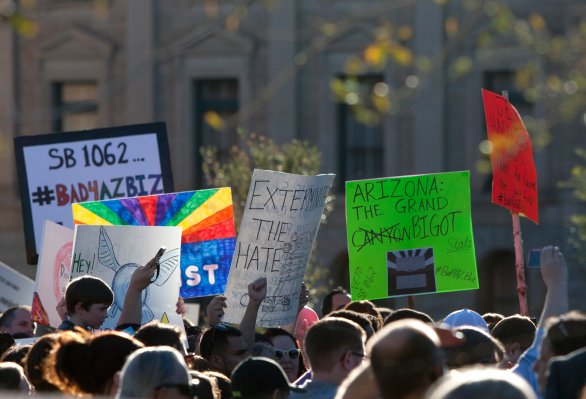