General Motors will pay $35 million to settle a federal probe into its 10-year delay of recalls related to an ignition switch flaw, the Department of Transportation announced Friday. The switch problem led to the death of at least 13 people and recall of approximately 2.6 million vehicles.

The U.S. Department of Transportation said GM’s fine was the highest civil penalty amount ever paid as a result of a National Highway Traffic Safety Administration investigation of violations stemming from a recall. Transportation Secretary Anthony Foxx touted the fine while pushing for reform legislation that would increase his ability to send a stronger message.

“Safety is our top priority, and today’s announcement puts all manufacturers on notice that they will be held accountable if they fail to quickly report and address safety-related defects,” said Foxx in a statement. “While we will continue to aggressively monitor GM’s efforts in this case, we also urge Congress to support our GROW AMERICA Act, which would increase the penalties we could levy in cases like this from $35 million to $300 million, sending an even stronger message that delays will not be tolerated.”

“We have learned a great deal from this recall,” said GM CEO Mary Barra, who took the helm in January, in an open statement. “We will now focus on the goal of becoming an industry leader in safety.”

GM began recalling vehicles earlier this year over problems with the company’s ignition switches, which would shut off while driving, disabling airbags and even anti-lock brakes and power steering if the key was too heavy. However, it was later revealed that GM employees knew of the problems as early as 2004.

The NHTSA reviewed in 2007 and 2010the non-deployment of airbags in certain afflicted models, but decided that the agency did not have the data required to open an investigation at that time. NHTSA responded only after GM announced a recall in February and later criticized GM for failing “to advise” NHTSA of the defect during its earlier reviews.

In addition to the record fine, GM agreed to provide NHTSA with full access to the results of its internal investigation into its recall process.

GM also said Friday that it plans to produce enough repair parts by October to repair the majority of vehicles involved in the ignition switch recalls. 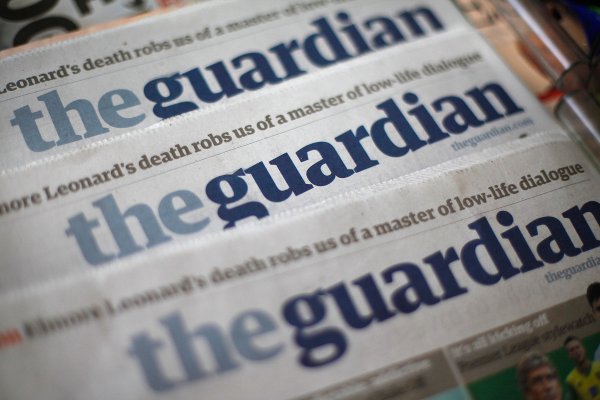 Newspapers Sue Missouri Over Execution-Drug Secrecy
Next Up: Editor's Pick