As the Bharatiya Janata Party scored a major victory in India’s elections, paving the way for Narendra Modi to become the nation’s next Prime Minister, passengers on a train journey from New Delhi to Kolkata discussed what they hoped the next government would bring to the country.

In the video above, 25-year-old Abrar Ahmad and his wife Hazra Begum discuss how they want proper schooling and medical support for their young family. At nearby Hathras Station in Uttar Pradesh, Devdutt Sharma pours mugs of hot tea to his customers on a station platform. As a young boy, Modi also helped his father run a small tea stall. And Sharma is excited about the prospect of a man of Modi’s origins becoming India’s leader, the AFP reported.

“If a tea boy can become a prime minister, it’s great,” said the 55-year-old Sharma, who spends 18 hours a day selling tea and snacks. Sharma talked about how he hoped the Modi government would generate new jobs that would give his five children a steady income. 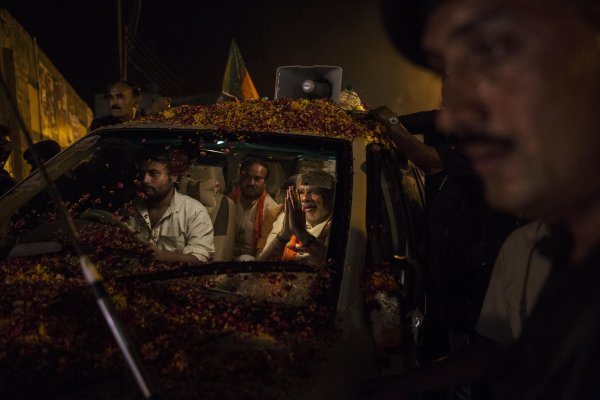 Modi Wins Big in Indian Election
Next Up: Editor's Pick