Tom Cruise made all of our dreams come true earlier this month when he embraced his true nature and changed his Twitter bio to accurately reflect his favorite activity.

The man spends a considerable amount of time running in his films — always has. It’s not a bad thing, and he’s got no reason to be shy about it. Good on you, Maverick.

Fun fact: Anna Kendrick is consistently delightful. She even went to the trouble of choosing an appropriate picture and a fun location. She would definitely get more candy canes than Glen Coco.

Obviously there are bonus points involved if you’re bold enough to use your name in some sort of verb or noun in your bio (looking at you, Val).

What does this mean? It’s like the bio version of Jaden Smith’s tweets. I’m disappointed this isn’t his bio. Those two would get along famously.

A little backstory here: In 2011, McHale co-starred in a little picture called Spy Kids: All the Time in the World in 4D (that’s the actual title) with Jessica Alba. At the time, Alba’s Twitter bio mentioned that she was a “proud mom.” McHale decided he wanted in on the fun and followed suit. In short, no, he’s not a mother. Still a funny guy though (and father).

At this point, you’re really not allowed to have any sort of Twitter-related list and not include Oswalt. He probably played a lot of Europe and Toto while he was DJ-ing.

See what she did there?

Can you imagine if this were true? And also that Paris Hilton invented the paper-clip? I would watch a reality show where the two of them team up and invent things that have already been invented. Call me, FOX.

Short, sweet and right to the point. Potentially dangerous if taken literally though. 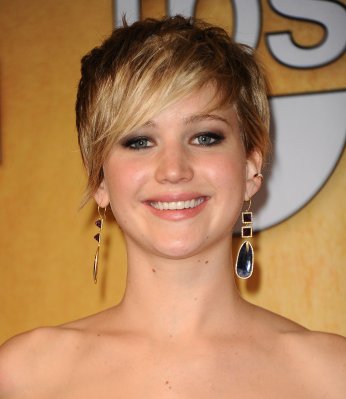 Jennifer Lawrence Found the Cure For the Hiccups
Next Up: Editor's Pick