2 Arrested in Calif. on Arson Charges While Wildfires Rage

Police in Escondido, California have arrested two people on arson-related charges as wildfires burn throughout San Diego County this week.

Police arrested 19-year-old Isaiah Silva and an unnamed 17-year-old Thursday after acting on a tip from a citizen who reported chasing two people setting off a brushfire. Officials believe the teenagers set at least two small fires, but it’s not clear if they were directly connected to the larger fires in the region.

Roughly 125,000 people in San Diego County have been sent notices to evacuate their homes due to the wildfires, Reuters reports. The fires are being fueled by a combination of drought, scorching heat and blustering winds.

Authorities have largely contained some fires as of Friday morning, while others are continuing to burn. 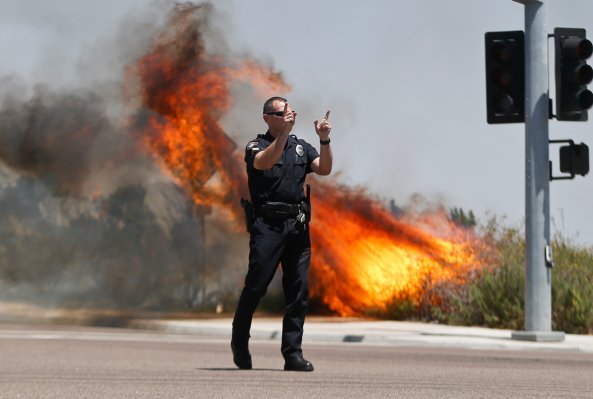 Thousands of Homes Evacuated
Next Up: Editor's Pick