Sony’s PlayStation 4 has once more tipped the scales — by how much we’re not certain, since we don’t have official figures — to assume the number one sales spot in the U.S., says retail tracker NPD. This makes April the PS4’s fourth dominant month in a row.

The Xbox One placed second, with 115,000 units sold, according to Microsoft, which notes the One has outsold the original Xbox 360 by 76 percent for both of those systems’ first six months in market.

Indeed, NPD says that to date, sales of PS4 and Xbox One hardware are more than double the sum total of PS3 and Xbox 360 hardware sales in their respective first six months.

That, for all the misleading doomsaying about Microsoft’s less-well-selling new console, is at least a preliminary indication of a far more robust appetite for next-gen set-tops than anyone expected, and positive news for gaming from a purely economic standpoint. And while I don’t read as much into year-on-year increases (or decreases), it’s worth noting that April 2014’s spending on hardware, new physical software (doesn’t include digital) and accessories was up by 17 percent over April 2013’s. All in all, a good month for the games industry viewed monolithically.

Here’s NPD’s list of bestselling physical software, with the caveat that SKUs are combined for multi-platform games, and it doesn’t include digital sales.

While the Wii U doesn’t seem to be registering here, NPD says its software sales were up year-on-year by over 80 percent. And while Microsoft’s selling fewer Xbox Ones than Sony is PS4s, it’s still leading in software sales across the Xbox platform, according to Microsoft, selling 2.6 million units (I assume that’s across physical and digital, but Microsoft doesn’t specify). Of that, the Xbox One accounted for 447,000 and the Xbox 360 2.2 million, “totaling 53 percent of the total software market share,” again, according to Microsoft. Microsoft adds that the Xbox 360 is still the dominant seventh-gen console, selling 71,000 units in April.

As noted last month, the numbers don’t mean precisely what they seem to (though sales numbers rarely do). But the picture this month is a trifle clearer than last. Gamasutra reminds us, for instance, that on Microsoft’s recent earnings call, CFO Amy Hood admitted Xbox One console supply was outpacing consumer demand. And here’s Gamasutra’s take: “This is a situation that did not appear to exist during the early days of the Xbox 360 or PlayStation 3, which reputedly saw slower, supply-constrained beginnings.”

That said, it remains a truism, however bored some are of hearing it at this point, that Sony’s PlayStation 4 is available in far more countries than Microsoft’s Xbox One (72 versus 13 at last count). That’s not an attempt to excuse the unit sales disparity, which is substantial and important in its own right, but it is an attempt to factor in the broader reality. Yes, potential buyer demographics veer and lurch wildly from country to country for more or less obvious reasons (population differences chief among them), and it’s certainly not the case that all the countries Microsoft isn’t in automatically account for all of that 2 million (or more) sales gulf. But it’s also baldfaced nonsense to suggest Sony and Microsoft are competing on precisely equal terms. I doubt anyone disagrees the PS4’s outperforming by wide margins, but the points aren’t mutually exclusive.

In any event, as Gamasutra further notes, Microsoft clearly seems to be having problems maintaining next-gen momentum: 115,000 units sold in April is a significant downturn from 311,000 units sold in March. Respawn’s Titanfall was supposed to energize the console, and it did to an extent in March, but not enough to give Microsoft the edge it’s been looking for over Sony: the lion’s share of Titanfall sales in April were for Xbox 360.

That edge may have instead arrived this week, however, with a $100 price drop and Microsoft’s excision of its motion-sensing Kinect camera from a new $399 SKU that’ll consist of the Xbox One alone (you can still buy the Xbox One with Kinect for $500, but it seems likely the bulk of Microsoft’s June hardware sales and future ones besides — the new SKU goes live on June 9 — are going to be Kinect-less).

Conventional wisdom holds that Sony’s been winning because the PS4 is less expensive and perhaps a shade more powerful (that’s the perception I’d wager most have, rightly or wrongly, reading article after article about this or that multi-platform game running at lower frame rates or pixel counts on Microsoft’s Xbox One). Microsoft just solved its price-perception problem. The questions remains whether it can mitigate this performance-perception one.

Its software lineup’s appeal, built largely on multi-platform games at this stage, is arguably on par with Sony’s, and its Xbox Live online community was one of the Xbox 360’s crown jewels, so there’s incentive from that angle for all those Xbox 360 gamers — who’ve outnumbered PS3 gamers by millions in the U.S. for years — to follow the Xbox platform’s flightpath, if only for social network reasons. 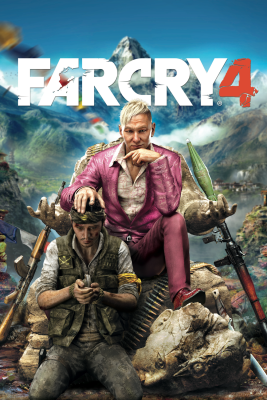 Far Cry 4 Exists, and You Can Play It in November
Next Up: Editor's Pick