When President Obama broke his promise to appoint more career diplomats as foreign ambassadors and instead chose unqualified, rich campaign bundlers, I thought, Being an ambassador must be amazing. These are people so wealthy and with so many social connections that they can persuade their friends to give money to politicians. Yet they’re willing to leave their great lives to move to a foreign country. Any foreign country. The only people desperate enough to take that deal are Roman Polanski, Edward Snowden and rich kids who don’t want to go to college.

It so happens that I’m looking for a second career, since print journalism is no longer a career. I enjoy talking to strangers, love America, eat weird foreign food, instinctively defuse tense situations and own two suits. Best of all, being an ambassador, like my first career, doesn’t require any qualifications whatsoever. Obama’s picks for the ambassadors to Argentina, Norway and Iceland have never even been to those countries and seem to know little about them. I, on the other hand, am so committed to Iceland that I once flew there to interview Björk, even though she lived three blocks from me in Manhattan. It was a very expensive trip that demonstrated both my commitment to journalism and why Time Inc. journalists no longer book their own travel arrangements.

But before I start bundling money for Obama, I wanted to find out what’s so great about being an ambassador. Michael Wood, a friend and fraternity brother of George W. Bush’s who served as the ambassador to Sweden, said, “The opportunity to be on a first-name basis with a Prime Minister is irresistible.” I asked if that was really worth moving your family for. “No,” he admitted. “Maybe it’s the full-time chef or the car and driver.” Having a Swedish chef was my childhood dream, along with getting two old men to sit on a balcony and make fun of everything I say.

If I became an ambassador, the U.S. would pay for my huge living quarters, parties and possibly my kid’s school. Also, my official title would be Ambassador Extraordinary and Plenipotentiary, the latter being a totally made-up word used just to impress people, like DJ. But as Dennis Jett, a career diplomat who plenipotentiaried Mozambique and Peru, pointed out, there would actually be work to do, even in a spot like Western Europe or the Caribbean, where they place big donors. And my budget might not cover all the parties I’d have to throw or the upkeep of the older residences. “My average student thinks being a diplomat is endless partying and parking wherever you want,” Jett said. “Some of the contributors have no greater sophistication. They’re unhappy when they discover they have a large diplomatic agency to manage.” I could figure out the management stuff later, but for now, I wanted more details on this “parking wherever you want” thing.

Tom Korologos, a former ambassador to Belgium, said the job is a great ego trip: you get to hang art from American museums and bring in orchestras, and you’re the highest-ranking American in the foreign country. This allows rich diplomats to impress their rich friends–the single biggest challenge of being rich, since they can’t do it like the rest of us do, with money. But Korologos warned me that if I took a European post, I’d be picking up a lot of visiting Americans at the airport at 6 a.m. and would be obligated to go to several parties every night. “They’re a pain in the ass,” he said. “The dinners in Spain start at 10 and end at 11:30, and then the entertainment started. In Spain or Greece even, they would get home at 4 and sleep for a few hours before a 7 o’clock meeting.” I happen to like staying out late, meeting people, sharing my love of America and skipping 7 a.m. meetings.

The best part of being an ambassador is that everyone is interested in you. “You are among the top five or 10 most important people in the country,” said Daniel Kurtzer, who served as the ambassador to Egypt and Israel. “I was probably No. 2 in both countries.” This seems like a great deal, especially in a place like Egypt, where they seem to put the No. 1 guy in jail.

My main challenge was going to be persuading my lovely wife Cassandra to move to a foreign country where she doesn’t know anybody and doesn’t speak the language. I tried to win her over by telling her about all the parties we’d throw and attend with foreign diplomats. This was a tactical error. “It sounds stressful. And boring,” she said. “Diplomats aren’t going to get drunk and tell you their deepest, darkest secrets at a cocktail party. They’re going to be polite and dignified and proper and diplomatic.” But she said we could indeed go overseas, as long as I went to most soirees alone and didn’t call them soirees.

So I’m asking you all to donate to the Democratic Party, and I’ll bundle your checks in a rubber band, send them to Obama and be off to Barbados. You can totally come visit. You just might not see Cassandra. 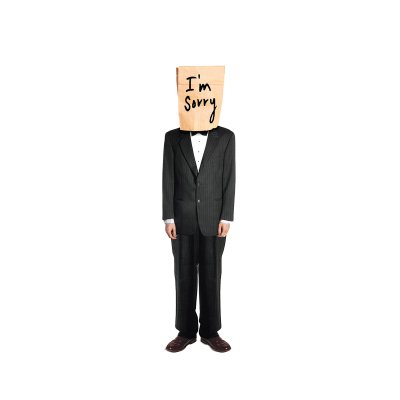 Apology Accepted
Next Up: Editor's Pick