Lessons From the Samurai: The Secret to Always Being at Your Best

It has nothing to do with swords, fighting or strategy. Actually, quite the opposite when you think about it.

What did so many of history’s greatest warriors stress as key to success and optimal performance?

And it wasn’t one random samurai mentioning it off the cuff.

We’re talking about some of the greatest samurai who ever lived writing about it over and over for five hundred years:

And, of course, the man probably considered the greatest samurai of them all, Miyamoto Musashi, in his classic, The Book of Five Rings:

Nobody really needs to sell us on the value of staying calm.

You know the benefits: you think clearly, you don’t make rash decisions, you don’t get scared.

But how do you get and stay calm?

And even funnier, much of what we know about relaxing and being calm is dead wrong.

The samurai had answers. And they line up with the science. Here we go.

The samurai trained in martial arts a lot and they thought about death a lot.

Really, they thought about death a lot.

Via Code of the Samurai: A Contemporary Translation of the Bushido Shoshins:

Hey, you would too. Death was pretty much in their job description, right?

But research shows training very hard and imagining the worst that could happen are two powerful techniques for promoting calm.

Samurais trained relentlessly. They strongly believed you should always “be prepared” (they were like the deadliest Boy Scouts imaginable.)

Research shows that preparation reduces fear because when things get tense, you don’t have to think.

Who survives catastrophic scenarios like samurai battles? The people who have prepared.

Via David McRaney’s You Are Not So Smart:

And how about all that thinking about death?

“Negative Visualization” is one of the main tools of ancient Stoicism and science backs it up.

Okay, but you don’t want to spend all day training in swordfighting or thinking about death. I get that. Frankly, neither do I.

So what’s the key here?

Research shows the most powerful way to combat stress or anxiety — to stay calm — is to have a feeling of control.

For samurai, training tirelessly and visualizing the worst that could happen gave them a feeling of control while in battle.

The US military dramatically increased Navy SEAL passing rates by teaching recruits psychological methods for gaining a feeling of control.

Without a feeling of control, when stress gets high we literally can’t think straight.

Anything that gives you a feeling of control over your situation helps you keep your cool.

So what does it for you?

More information? Practice? Support from others?

That’s the thing that will help you keep your cool like a samurai.

Note I said “feeling of control” — it doesn’t even have to be legit control, just feeling like you do can work wonders.

Via The Courage Quotient: How Science Can Make You Braver:

I know what some of you are thinking: Calm? Aren’t samurai the ones always screaming at the top of their lungs while waving a sword?

Thing is, that was a deliberate tactic to frighten their enemies. Musashi explains:

Sneaky. These are the kind of smart ideas that come from a cool head.

The samurai were great warriors. They fought against their enemies in epic battles.

But as Musashi and the others make clear in their writings about being calm, the most important battle is to overcome yourself.

Via The Book of Five Rings: 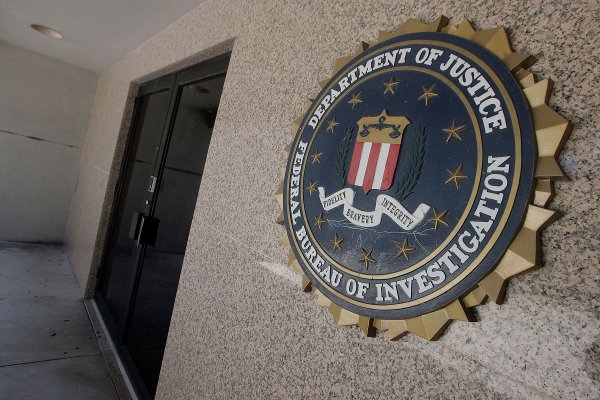 Top 10 FBI Behavioral Unit Techniques for Building Rapport With Anyone
Next Up: Editor's Pick