Two rare signed copies of Adolf Hitler’s “Mein Kampf” are going up for auction in Los Angeles on Thursday.

Bidding on the copies of the anti-Semitic screed starts at $20,000 and is expected to close at around $25,000, Reuters reports. The books are early editions of the two-volume work Hitler dictated while in prison. The work outlines his vision for a National Socialist movement founded on racist ideology to reinvigorate a post-World War I Germany. The signed copies were Christmas gifts inscribed to a German SS officer during World War II, Reuters reports.

“I think it’s very heinous,” said Nate Sanders, who is Jewish and the owner of the auction house that is putting the books up for sale. “But it’s an auction item, it is a memento, it’s a piece of memorabilia, and a piece of history.” 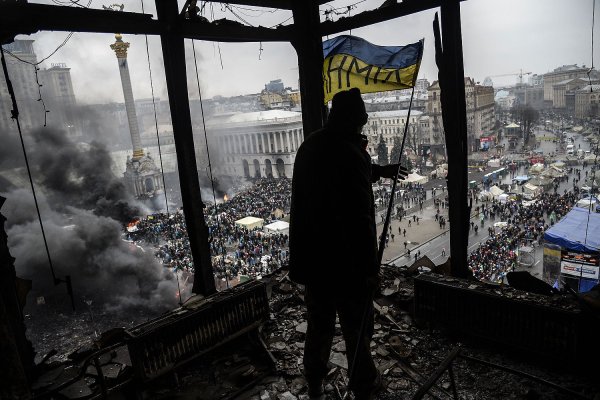 What the West Doesn't Understand About Ukraine's Politics
Next Up: Editor's Pick