It turns out that some people are actually wired to have more sex—or at least be really, really motivated to hook up.

Research from the University of California Los Angeles and published in the journal Social Cognitive and Affective Neuroscience shows, thanks to an old fashioned brain recording, EEG-style, that some people’s brains are simply more sensitive to sexual cues than others — which means it takes less to get them aroused and ultimately leads them to find sexual partners.

MORE: How Changing Your Birth Control Can Make Sex Worse

Nicole Prause, an assistant research scientist in psychiatry at University of California Los Angeles, and her colleagues recruited psychology students to get an electroencephalogram of their brains and to view 225 standardized pictures of pleasant, neutral or unpleasant things. The pleasant images included sexually stimulating ones and these ranged from PG stuff like people kissing to more explicit pictures of people having sex. The students were also asked about their number of sexual partners in the past year.

Some of the participants showed strong reactions on the EEG to nearly all of the intimacy-themed images, regardless of whether they were explicit. And these were the same people who reported having more partners. Prause says the EEG is a good measure of how motivated the brain is – stronger responses typically occur when we’re faced with new and unfamiliar things, for example. In this case, the sexual cues are motivating for some.

It turns out that men and women were equally like to fall into this category; Prause’s team did not find any gender-based differences in the EEG patterns.

Does that mean some people are wired to be addicted to sex? Prause isn’t willing to go that far. “People may be more sensitive to sexual cues and engage in behaviors that aren’t helpful for them, but this study suggests you don’t need to use the label of addiction to describe that,” she says. For these people, it’s not a chasing of a “high” or a reward, but a biological sensitivity to sexual cues that sets their arousal threshold at a much lower level.

But before you track down the nearest EEG lab, Prause says the purpose of the study wasn’t to suss out the promiscuous among us. Because the EEG reading is a measure of motivation, understanding that some people’s sexual activity is a function of their biologically guided arousal should help in understanding risky sexual behavior and finding better ways to intervene.

“Being aware that if you are going out, and there is the possibility of having a new partner, and thinking about ways to not get too excited may sound silly, but managing that rather than ignoring it may help with better ways to control risky sexual behavior,” she says. We may be wired to want sex, but that doesn’t mean the wiring can’t be re-routed. 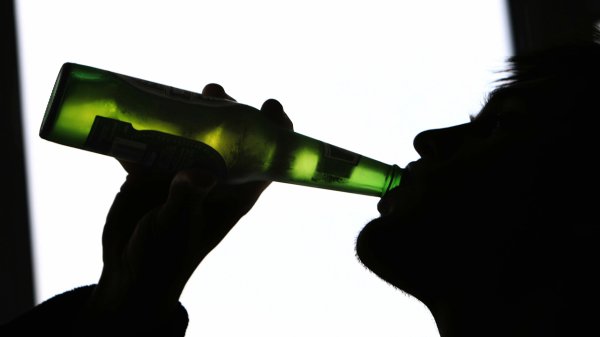 The Best Help for Alcoholics Is One We're Not Using
Next Up: Editor's Pick