Waterworld Found! (No, Not the One With Kevin Costner)

An artist's conception of a hot-Jupiter extrasolar planet orbiting a star similar to tau Boötes.
Image used with permission of David Aguilar, Harvard-Smithsonian Center for Astrophysics
By Jeffrey Kluger

You could be forgiven for getting all of the exoplanets confused; that’s what happens when there are up to 3,800 of them. Before 1992, we had detected precisely zero planets orbiting other stars. But that was then, this is now, and the known population of alien worlds has exploded.

One of the biggest goals of all this cosmic surveying is to find a mirror Earth, a planet similar enough to ours that it could support life. That requires water—and water in the liquid state, which means that the planet needs to orbit the right distance from the right sun. But the problem is bigger than merely finding such a world. We also need to spot the water on it—a monstrously difficult job when you’re conducting your studies across multiple light years. Now, a team of astronomers from Caltech, Penn State and elsewhere have announced that they’ve developed a new way to conduct the search, bringing us a step closer to learning, once and for all, if we’re alone in the galaxy.

The team’s report, which was just published in The Astrophysical Journal Letters, involved observations of a planet that goes by the irresistible nickname tau Boo b, because it orbits the star tau Boötis, 51 light years from Earth. Tau Boo b is classified as a hot Jupiter, which means that it has the same gas giant profile Jupiter has and, well, it’s hot—somewhere between 2,400º F and 3,100º F (1,315º C to 1,700º C). There’s a good reason the world is that toasty: it’s so close to the fires of tau Boötis that it orbits the star once every 3.312 days.

That would be bad news for anything living, but it’s also bad news for astronomers, because the small size and great distance of exoplanets already makes them nearly impossible to see directly. If one of those planets also has a snug orbit, the blinding light of the star washes it out completely. Tau Boo b, like many other exoplanets, was instead discovered by the so-called radial velocity method, in which astronomers measure the wobble it causes in its parent star and detect its presence—and its mass—by inference.

There is a more direct way to find an exoplanet, and that is to look for the slight dimming of light it causes as it passes in front of its star. That can be a more revealing method too, because the starlight streaming through the planet’s atmosphere (assuming it has one) breaks up into spectra, which can reveal something about its chemistry—including whether it has water. But the inclination of tau Boo b’s orbit never carries it directly in front of its star, at least from our viewing angle.

That’s where the new team came in. Just because you can’t see a planet in the visible spectrum doesn’t mean you can’t pick it out in the infrared, and that wavelength can reveal a lot about chemistry on its own. The investigators observed the tau Boötis system in the infrared over five nights of stargazing at the Keck Observatory on Mauna Kea in Hawaii. They then crunched all of their data to remove what astronomers call any “degeneracy,” or discrepancies, among the multiple observations.

(MORE: Jupiter’s Moon Ganymede Like You’ve Never Seen it Before)

That very simple idea conducted in a very complex, algorithmic way, worked—yielding a sharp profile of the atmosphere of the planet. And, as the astronomers hoped, that atmosphere turned out to be rich in water vapor. “[This] helps us understand how these exotic hot Jupiter planets form and evolve,” said co-author and Penn State astronomer Chad Bender, in a statement. “It also demonstrates the effectiveness of our new technique.”

That last part is the real value of the study. Any life that even tried to get started on tau Boo b would have been blowtorched away long ago. But the same researchers are now refining their methods, hoping to be able to detect signals from planets in more distant orbits around other stars, where the infrared readout would be dimmer, but the temperatures much cooler. Get cool enough and all that water vapor could precipitate out as liquid, settling—perhaps pooling—on the surface of the world. In pools like that, interesting things happen. 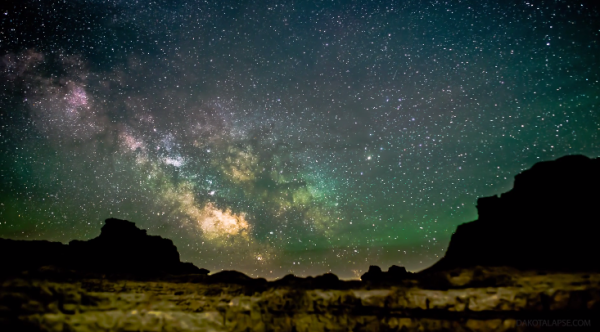 This Time-Lapse Video of the Northern Lights Will Make You Feel All the Feelings
Next Up: Editor's Pick