20 More Incorrectly Used Words That Can Make You Look Horrible

My recent post, 30 Incorrectly Used Words That Can Make You Look Horrible, sparked a flurry of emails requesting more examples.

So here they are. While there are hundreds of incorrectly used words, I’ve picked words commonly used in business settings.

No you don’t. To anticipate means to look ahead and prepare. So you can anticipate increased sales, but only if you are also making preparations to handle that increase in sales; for example, “We added staffing in anticipation of increased sales.”

If you’re estimating or wishful guessing, use estimate or expect instead. Or, if you live where I live, use “reckon.” It’s good enough for Clint.

Arbitrate appears in many contracts. An arbitrator is like a judge; she hears evidence, reviews documents, etc, and then makes a decision. That’s different from mediate: a mediator doesn’t make decisions but tries to help two opposing parties work out their differences and reach a compromise or settlement.

So if you agree to enter mediation in the event of a dispute, you and the other party will try to hash out your problem the help of a neutral party. And if you can’t reach an agreement that usually means your next step will be to go to court.

If you agree to arbitration a neutral party will make a decision that you will have to live with. Normally there are no next steps. (Except maybe disappointment.)

The problem with behalf isn’t the word itself; it’s the word that comes before.

A bottleneck is a point of constraint or limitation, like a machine in an assembly line that runs slower than the preceding equipment.

Telling your staff, “You can not offer refunds without authorization,” sounds great but is incorrect. They certainly can even though they shouldn’t.

Many people use collusion as a fancy way to imply cooperation or collaboration. Collusion does mean to cooperate or work together–but towards a result that is deceitful, fraudulent, or even illegal.

That’s why you probably never want to refer to yourself as colluding in, well, anything.

So feel free to say, “His skills are deficient,” when an employee is lacking specific skills (because you’re focusing on the missing skill and not the employee), but leave defective to discussions of inanimate objects.

Even if an employee doesn’t work properly, in context it sounds pretty harsh.

Germane is the same as relevant. Each shows that something applies.

But don’t mistake germane (or relevant) with material. A material point helps make a position or argument complete; it’s essential. A point germane to the discussion may be interesting, and even worth saying… but it’s not essential.

Think of it this way. In meetings we often get bored when people raise germane points/ they’re (mildly) interesting but often unnecessary. We listen when people raise material points–because those points matter.

Unless Johnny messes up each and every time, without fail, use frequently, or usually, or even almost always. And then think about his long-term employment status.

Here’s a word that appears in many dictionaries simply because it’s used so often.

Which is clearly not what you mean.

So save yourself one syllable or two keystrokes and just say “regardless.”

Like slander, libel refers to making a false statement that is harmful to a person’s reputation. The difference lies in how that statement is expressed: slanderous remarks are spoken while libelous remarks are written and published (which means defamatory tweets could be considered libelous, not slanderous.)

Keep in mind what makes a statement libelous or slanderous is its inaccuracy, not its harshness. No matter how nasty a tweet, if it’s factually correct it cannot. Truth is an absolute defense to defamation–you might wish a customer hadn’t said something derogatory about your business, but if what that customer said is true… you have no legal recourse.

Literally is frequently used (all too often by teenagers I know) to add emphasis. The problem is literally means “actually, without exaggeration,” so, “That customer was literally foaming at the mouth,” cannot be true without the involvement of rabies or inaccurately applied Scrubbing Bubbles.

The only time using literally makes sense is when you need to indicate what is normally a figurative expression is, this time, truly the case. Saying, “He literally died when he saw the invoice,” only works if the customer did, in fact, pass away moments after seeing the bill.

Majority can get you in trouble when accuracy is really important. “The majority of our investors support our plans to pivot,” sounds like almost all of them are behind you… when in fact nearly half might not be. “The majority of our shipments deliver on time,” sounds like you’re the king of meeting deadlines… when in fact you could be missing delivery dates on what a prospective customer would find to be a depressingly regular basis.

Here’s a better approach. Use statistics or facts. Or just say “most” or “nearly all.” Then you won’t have to worry about giving the wrong impression.

“New” might sound impressive, but since it can also sound like hyperbolic advertising copy, it may cause readers to tune out what is really important about your message.

Obsolete means no longer produced, used, or needed. But since lots of things are out of date but still usable–think flip phones–they are obsolescent, not obsolete. Obsolete is the end point; obsolescent is the journey towards.

Most of the time the difference isn’t a big deal. If you see a new report saying interest rates rose 1%, you can safely assume it means 1 percentage point. But if you’re signing a contract or agreement… make sure you know the difference in meaning–and approve of the difference.

Here’s the king of redundant words, often used to add a little extra oomph: “We successfullylaunched our new product.” Wait: in order to have launched, you have to have beensuccessful. (Otherwise you unsuccessfully launched.)

If you create, or develop, or implement, just say you did. We know you were successful. Otherwise you wouldn’t tell us.

If you refer to “the total of,” use “was,” as in, “The total of employee benefit costs was $10 million last year,” because in that case you are referring to the actual total and not all the different costs that make up the total.

Or you could just say, “Employee benefits cost $10 million last year.” Doesn’t sound as dramatic, but does sound better.

When you sign a waiver you give up the right to make a claim. When you waver you aren’t signing it yet because you’re hesitant. 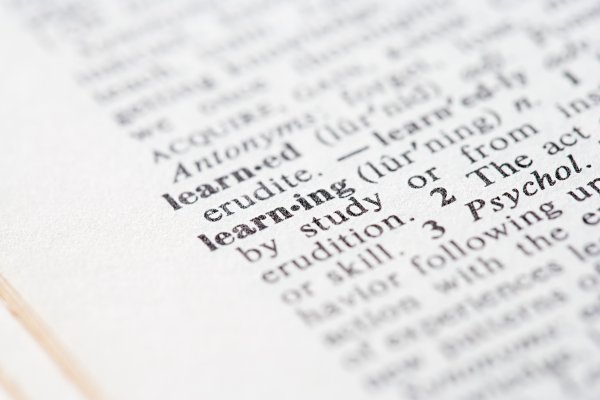 30 Incorrectly Used Words That Can Make You Look Horrible
Next Up: Editor's Pick