Creator of Lethal Injection Method: 'I Don't See Anything That Is More Humane'

Dr. Jay Chapman is often called the “father of lethal injection.” The three-drug combination used in virtually every state with capital punishment over the last few decades is sometimes called “Chapman’s Protocol.” Chapman, however, sees things much differently.

In 1977, an Oklahoma state legislator asked Chapman – who was the state’s medical examiner at the time – to devise an execution method that would be more humane than those that came before it. Within days, he recommended a three-drug combination – the sedative sodium thiopental, pancuronium bromide as a paralytic agent, and potassium chloride to stop the heart – that became standard throughout the U.S. But Chapman never set out to fundamentally change the way America puts its inmates to death. “That was a blip, a very, very minor blip on the work that I did,” he says.

In the last few years, that drug combination has slowly combusted, in part because it’s become difficult for states to get their hands on those drugs. Many prisons are now experimenting with new drugs and new drug combinations while turning to unregulated compounding pharmacies to obtain them. Almost four decades since his involvement, Chapman, 75, looks back on formulating the first lethal injection cocktail.

“I don’t see anything that is more humane,” he says of the treatment.

Chapman spoke to TIME for a story on the problems with lethal injection in this week’s magazine. Below is an edited version of the interview.

How did you first become involved in lethal injection?

[Oklahoma State] Rep. Bill Wiseman called me one day and asked if I had suggestions about a more humane way that inmates could be executed. This came on the heels of the Gary Gilmore execution [the first death row inmate to be executed after the Supreme Court lifted a four-year moratorium], which was a real media circus. Our feeling about it was that we put animals to death more humanely than we do people.

Why did you recommend that three-drug combination?

It was the procedure for anesthesia at the time. What we did was just carry it to extremes.

Of course not. But there was a doctor, Stanley Deutsch, who was an anesthesiologist, and he looked at this protocol. We also had a toxicologist in the medical examiner’s office with whom we consulted concerning the amounts of drugs that should be given. If the drugs were administered appropriately, there was not a single chance that any of these inmates could be aware of what was happening. People have the criticism of, Well, no testing has been done on these drugs. Well, now just what kind of testing do they want? Do they want someone to go out and take a bunch of prisoners and see how much it takes to execute or what? The idea of testing these drugs, it’s just a ridiculous notion as far as I’m concerned.

Did it worry you that they were going to be used in prisons, not hospitals?

I never imagined when we wrote the law that anyone who was not qualified to administer these drugs or had been educated as to how to administer them would do it. People can be trained to do these things and trained adequately so that the things can be administered properly, and I think that’s where the system has fallen apart.

You’ve been quoted in the past saying just one drug – a sedative like sodium thiopental – in a massive dose would suffice. Do you still believe that?

It was not a necessary drug, but it was used in the protocol for the anesthesia, so that was the only reason it was included. It wasn’t absolutely necessary except for one drug, the thiopental, administered in a massive overdose.

Would you recommended just one drug today?

Well, knowing now that people who obviously were not prepared or trained sufficiently to administer the protocol, it would’ve been a much simpler thing to just administer a single drug. Laws are often enacted but get applied in ways that one would never imagine, and they have unintended effects. So never imagining that the drugs would not be administered appropriately, that’s the reason the protocol was set up as it was. One drug would certainly have been sufficient, and the thiopental would’ve been the drug.

Why didn’t states do that?

I don’t know. I guess they just blindly followed it.

Are you following what’s happening with lethal injection today?

Oh, vaguely. I read it in the papers, when I see it in the media.

You believe the main problem with lethal injection now is the training of those who are administering it.

With the things that have happened, it seems to me that in virtually every case that I have ever read about, it was a problem with the carrying out, the people who had administered the drugs and so forth.

Do you think lethal injection is on its way out?

Do you believe lethal injection is still the most humane way of carrying out an execution?

It does to me, if it’s administered correctly. I don’t see anything that is more humane.

What do you think about all this when you reflect on your role in it?

But that’s what’s had such a lasting effect around the country.

Yeah, but I had no idea. I had absolutely no concept at the time. I was very young. I was not educated in the ways of legislators. I had no idea there was the communication between the states that exist in different areas. This business of lethal injection was a pure sidelight, and the only reason I got involved was at the request of the legislator who was interested in a more humane method of execution, and this is what I suggested. And at the time when I suggested it, I had no idea, not in my wildest flight of fancy would I have ever thought that it would’ve mushroomed into what it did. People say, ‘Chapman’s protocol.’ It wasn’t my protocol! It was the legislator’s protocol.

Do you wish you wouldn’t have gotten involved at all?

Oh, well, I can’t undo history. I got involved at [Oklahoma Rep.] Wiseman’s request. Would I do it differently if I had to do over again? I don’t know. It’s hard to say what you would do. Under the same circumstances, I’d probably do the same thing. 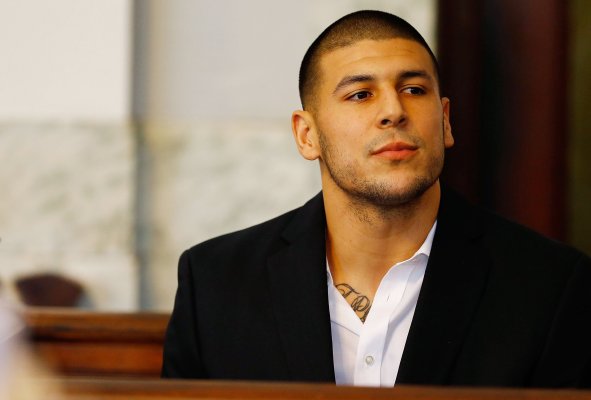