Earlier this week, when Amnesty International announced the launch of its new, straightforwardly titled Stop Torture campaign, the organization’s officials singled out a surprising cause for the global torture crisis: TV shows.

Though the UN Convention Against Torture was first adopted a full 30 years ago, Amnesty International reports observing torture in more than half of the states that have ratified that convention. In addition, the organization’s surveys have found that while a large majority of respondents believe that laws against torture are good, 36% thought torture was justified in some situations.

Part of the problem, Amnesty officials have said, is that torture seems like something that’s necessary and useful in the course of global political and security business — thanks in part to 24, which just launched its rebooted incarnation 24: Live Another Day this month, as well as Homeland. The French news agency Agence France-Presse has reported that Kate Allen, an Amnesty official, said that those shows “have glorified torture to a generation” and have made viewers confuse “a dramatic depiction by screenwriters” with what really goes on in “torture chambers” around the world. The idea is not really that those who commit torture in the real world are doing it because they saw Jack Bauer do it; it’s that the rest of the population, having seen so much of it on shows like 24, aren’t as shocked as they should be to learn that it doesn’t only happen on TV.

But, with 24‘s return so recent, some are questioning whether Amnesty’s condemnation of the show will have any effect on public opinion: Jeune Afrique, a news site for French-speaking Africa, notes that the show is incredibly popular across the continent, which is also home to a majority of the countries that have not ratified the Convention Against Torture, and that its influence even extends beyond its air times (for example, the West African police show Super flics has, according to the site, been influenced by 24‘s structure).

This isn’t the first time 24 has been accused of normalizing torture. In 2005, for example, the New York Times pointed out that the amount of torture on the show had increased, highlighting one particular episode that showed torture as an effective and justified interrogation tactic. In that particular episode, a suspected terrorist was freed by a misguided do-gooder lawyer — and that lawyer was working for a fictionalized version of Amnesty International. 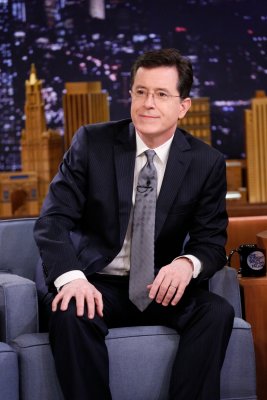