Buy an iPhone 5s or Wait for the iPhone 6? An Always-Updated Guide

Rumors about an iPhone 6 from Apple have been gaining steam lately, from leaked design mockups to potential specs to possibilities for screen resolution. That means it’s time to examine one of the most popular questions I get from people who are pondering an upgrade: Should I buy an iPhone now, or wait for the next model?

Rather than answer this question once and freeze it in time, I’ll keep this story up to date with important developments and adjust the buying advice accordingly.

With that in mind, here’s a quick rundown of what we think we know about the iPhone 6 as of May 2014:

As for release timing, the consensus among rumors points to a September launch, which would put the iPhone 6 launch at roughly a year apart from the iPhone 5s and 5c. We’ve seen some shadier reports of an August release, but nothing that really instills confidence. Likewise, there’s been some speculation about an iPhone 6 reveal at Apple’s Worldwide Developers Conference in June, but little in the way of actual evidence. Bottom line: the iPhone 5s probably has at least a few months left atop Apple’s smartphone lineup, maybe longer.

Why to Wait for the iPhone 6

A larger screen means a roomier keyboard to type on, larger buttons to press and more immersive movies and gaming. As someone who’s used lots of bigger Android phones, I can say it’s always hard to go back to the smaller iPhone once you’ve adapted to a roomier display.

If I were in position to upgrade, and my phone wasn’t on the fritz, I’d wait to upgrade at this point. And if my phone was having problems, I’d consider activating an older smartphone of mine just to get through the next four months or so. After all, once you buy a phone, you’re likely stuck with it for the next couple years.

Why to Buy an iPhone 5s Now

The inherent drawback to larger phones is that they’re tougher to use with one hand. But so far, there hasn’t been much talk of Apple releasing new versions of its smaller iPhones for users who don’t want the larger display. Odds are that the iPhone 5s will fall back to the middle tier of Apple’s lineup, with the iPhone 5c possibly filling out the low end.

For those who prefer smaller screens, the good news is that the iPhone 5s is already a fine phone, with an excellent camera, powerful processor and–most importantly–the best app selection of any platform. And even now, it’s not uncommon to see big discounts on the iPhone 5s and 5c from third-party retailers, so you won’t have to wait until the fall to get a good price. For everything but the bigger screen, you can upgrade now with confidence.

What About That Extra Large iPhone?

The outlook is much hazier for the rumored 5.5-inch iPhone, which has been mentioned as a possibility alongside the 4.7-inch model. Reuters reported in April that the 5.5-inch version would come “several months” after its smaller sibling, but a Taiwanese news site claimed that the jumbo iPhone won’t happen until 2015. Details about the phone itself are much harder to come by, which makes me skeptical about whether this phone is even going to happen. (Remember, Apple tests lots of different screen sizes without actually releasing them.) If you’re holding out for an iPhone phablet, you could be waiting a very long time.

I’ll leave you a disclaimer, by way of an anecdote: A few years ago, the tech world seemed certain that Apple was preparing a drastic redesign for its next iPhone, with a teardrop-shaped chassis and extra-wide home button. It didn’t happen, as Apple released the mildly evolutionary iPhone 4S instead. A lot can happen in the months before launch, so take the information we’ve got with a grain of salt, and I’ll keep an eye out for anything that might merit a change of advice. 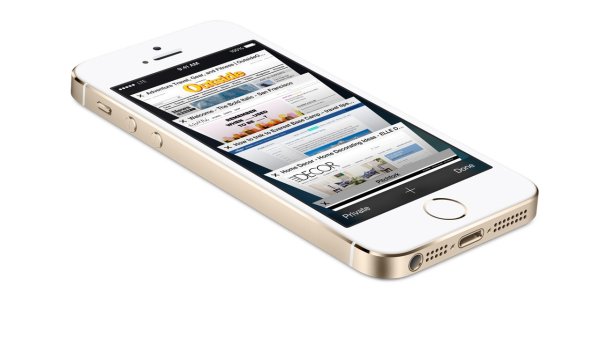 Should You Buy a New iPhone Now or Wait?
Next Up: Editor's Pick