In “The Monolith,” a recent episode of Mad Men, Sterling Cooper & Partners is invaded by a massive mainframe IBM computer, throwing the agency into a whirl of anxiety. Like the humanoids in 2001: A Space Odyssey, the mortals of SC&P gape at an impassive slab that may transmute everything. The year is 1969, and Neil Armstrong will soon walk on the moon. But maybe, the episode suggests, this landing was the more giant leap. After all, we haven’t been back to the moon in more than 40 years; we revisit Facebook every five minutes.

Mad Men isn’t the only current TV series to acknowledge tech’s power. The ’80s spy drama The Americans focuses on the Internet’s military precursor, Arpanet; on Veep, presidential hopeful Selina Meyer makes a pilgrimage to Silicon Valley to genuflect before its money; sharp-minded legal drama The Good Wife has become a stealth tech-industry drama, building cases inspired by Bitcoin and metadata. The tech biz is also the main subject of two new cable series, parallel processing how computers have rewired us.

The AMC drama Halt and Catch Fire (premiering June 1) is set in 1983, the early PC era, when the monolith was moving out of its glass-walled office and into your living room. Joe MacMillan (Lee Pace), a mysterious salesman, arrives at the sleepy Texas firm Cardiff Electric with a plan to kick the company to the next level, whether it wants to be kicked or not. His aim is to reverse engineer an IBM PC knockoff–high risk, high reward, highly illegal–so he recruits Cardiff techie Gordon Clark (Scoot McNairy), whom he sees as the Wozniak to his Jobs. Gordon has the brains; Joe has the chutzpah. With that combination, how can you lose?

The pilot of Halt is sometimes ham-handed; it opens with Joe’s sports car running over an armadillo, a be-fast-or-be-roadkill metaphor that lands with the weight of a UNIVAC. But it’s captivating when showing the nearly religious fervor of people who believe they’re on the cusp of a new era. Pace plays Joe as Don Draper with a chrome-plated ’80s makeover: cunning, swaggery, pitching clients by appealing to their insecurities. “Nobody ever got fired for buying an IBM,” he says. “What a fearful way to do business. You want to be more, don’t you?”

On some level, Joe believes the BS he’s spreading, or at least that it could fertilize a new age. In 1983, people building what would become multibillion-dollar companies could plausibly see themselves as rebels fighting the Death Star. It may not be coincidence that the hotshot punk-rock programmer (Mackenzie Davis) whom Joe recruits looks like the young woman who hurled a hammer through Big Brother in the “1984” Macintosh ad.

Today, good luck building a hammer big enough to dent Apple and its peers. The HBO comedy Silicon Valley (whose first season ends the night Halt premieres) has proved the perfect satire for Tech 2014, which has gone from hardware to software, infancy to omnipotence, drama to farce. The story focuses on Richard Hendricks (Thomas Middleditch), a sweet, nebbishy programmer who develops a powerful “compression algorithm” that shrinks data files. Rather than sell out to a software giant, he launches a startup with a group of misfit friends, embarking on a raunchy, hilarious tour of the boom-and-bust world of smart people chasing dumb money.

Silicon Valley comes from Mike Judge, who satirized the MTV generation in Beavis and Butt-Head, corporations in Office Space and consumerism in Idiocracy. There’s a run of sight gags in the series about ambitious tech that doesn’t quite work–holograms, driverless cars, microdrones–but it’s sharpest at attacking the valley’s utopian moral hubris. Over and over, entrepreneurs repeat the mantra “We’re making the world a better place …” even if that sentence ends “… through software-defined data centers for cloud computing.”

The “cloud” in Silicon Valley stands for this new elite’s lofty self-opinion. The June 1 season finale–which includes an elaborate dirty joke involving math and a whiteboard–is the perfect bookend to Halt, showing how tech’s lean rebels have become lucre-fattened, ego-stroked overlords. In Halt, Joe tells Gordon they’re creating something bigger: “Computers aren’t the thing. They’re the thing that gets us to the thing.” In Silicon Valley, we’ve gotten to that thing. It’s a cloud stuffed with $1,000 bills. 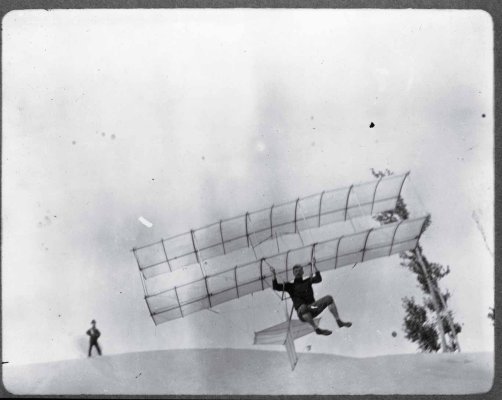 The Surly Bonds of Birdmen
Next Up: Editor's Pick