Hans Rudolph Giger, the Swiss artist who died May 12 at 74, created only one movie monster, the ferocious beast in Ridley Scott’s 1979 Alien, but that creature inspired many an otherworldly beast over the next decades, including the giant M.U.T.O. in the new Godzilla remake. In its gestation from the angry gelatinous fetus that burst from John Hurt’s stomach to the sleek black killer with multiple rows of teeth, the Alien alien provided film history with one of its most memorable, majestic designs. At every stage it was the spawn of Giger’s felicitously warped imagination.

A comically menacing figure–he looked like a blond Peter Lorre baby fed too much candy–Giger specialized in biomechanical art, a mashup of machine and anatomical forms. Blending Salvador Dalí and H.P. Lovecraft, his art adorned rock-album covers, video games and countless tattooed torsos. A job on nutso-genius director Alejandro Jodorowsky’s aborted adaptation of Frank Herbert’s Dune introduced him to Dan O’Bannon, the main screenwriter for Alien, and that movie secured Giger a prominent, permanent niche in the world’s nightmares. 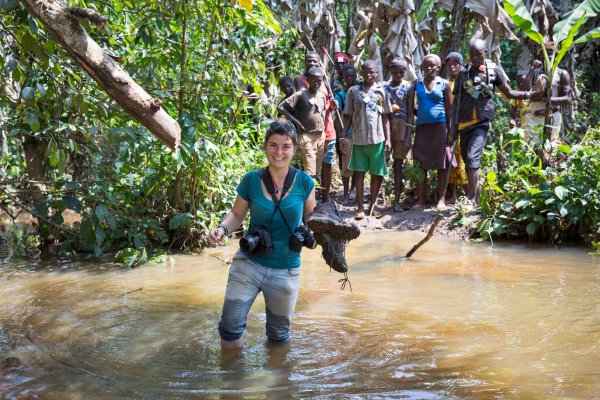 Camille Lepage
Next Up: Editor's Pick