Lepage, seen here in November 2013, was 26 at the time of her death
William Daniels—Panos
By Andrew Katz

Many are the journalists who dream about reporting on the world’s deadliest scenes of strife. Few are the ones who actually do it. Even fewer are those who do it well. Camille Lepage, a young photographer from France who was educated in the U.K. but whose work took her far from Europe, was among the latter.

Last fall, Lepage ventured into the Central African Republic, where a coup staged by mainly Muslim rebels had crumpled the state and prompted largely Christian militias to retaliate with fury. She spent her time photographing the fighters and also those most affected by the turmoil, while learning all she could about its roots. William Daniels, a photographer who worked with her there, recalls that locals respected her commitment and professionalism. “She was very active, very patient, very passionate about this work,” he says. “Very brave.”

On May 13 the office of French President François Hollande issued a statement confirming Lepage’s death, which it described as murder. French peacekeeping troops had discovered her body after they stopped a car driven by antibalaka militiamen. On a recent trip to New York City, Lepage admitted to fears about the conflict she was covering but said that when she returned she wouldn’t be seeking out scenes of violence. Instead she wanted, in a way typical of her, to find the humanity in that bleak situation. The pictures she made in her brief life will define how she will be remembered, but the pictures she was going to take will help form her legacy. 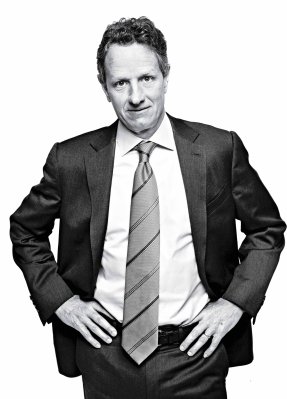 10 Questions with Timothy Geithner
Next Up: Editor's Pick