A few weeks ago, when my lovely wife Cassandra picked up our 5-year-old son from preschool, he ran to her crying, his hands over his ears. Through his tears, he yelled, “They’re singing the Frozen song!” She comforted him and drove him to his art class, where 10 minutes in, the girls in class started singing “Let It Go” from the Frozen soundtrack. His drawing that day looked surprisingly similar to Guernica.

There is no adult equivalent to the cultural assault Laszlo is enduring. Girls walk around dressed like Princess Anna; his teacher plays the soundtrack in his music class; it’s the song to one of the routines in his Saturday dance class; his Muppets Pandora radio station has been deeply infiltrated. Whenever we go to a friend’s house, their kids want to put on the movie before dinner and play with Frozen toys after dinner. Imagine if the moment it was time for lunch, your co-workers screamed, “Pretend I’m Solomon Northup and you’re all my slave owners for the next 12 years!” You’d complain about going in to the office. And you’re not nearly as tolerant as Laszlo. You, for instance, wouldn’t stay at a job where every so often one of your co-workers bites you.

As a film critic, Laszlo is slightly uninformed, since he has never seen Frozen and refuses to. Which is strange, since from the 15 minutes I’ve seen, it seems delightful and funny, and Laszlo loves musicals, and the songs were co-written by one of Broadway’s greatest, funniest composers. When I asked Laszlo exactly why he hated it, all he could say was “It’s got, like, dresses in it. I don’t like dresses. And there’s, like, princesses, and I don’t like princesses. I like cars-and-trucks things. I don’t like a castle with a princess near it.”

But the real problem isn’t the princesses: it’s the ubiquity. It is the only thing he’s ever said he “hates.” The film even inspired his first pang of nostalgia. “It was perfect when that movie didn’t come out,” he said.

Laszlo’s Frozen-inflicted pain became so acute that he started demanding answers about why the film was made. So we Skyped with Kristen Bell, who plays Frozen’s Princess Anna. Although Laszlo was shy at first, he eventually told Kristen that he did not like her movie at all. She said she had never heard that, since kids who seek her out to talk about Frozen all tell her the opposite. “It didn’t occur to me that young people might find it annoying to hear over and over again. But of course they would. Because anything that oversaturates the market does,” she said. “I would have thought adults would have gotten annoyed before the kids, because kids have less of a barometer because they can be so repetitive.” Exactly. This is the same boy who for over a year has demanded that after his nightly bath, I pretend that I believe his body, wrapped in a towel on the floor, is an egg I want to eat, which then hatches, making him giggle wildly. It is my Frozen song.

After realizing she couldn’t win him over, Kristen magnanimously congratulated Laszlo on taking a stand against her livelihood. Then she went back to promotion. “Funnily enough, you’re sticking with the theme of the movie that everyone should be different and unique,” she said. He gave her a look that said, “Funnily enough, $1.2 billion in the worldwide box office shows your theme is bullsh-t.”

Laszlo asked Kristen if she knew when she made it that the movie would take over kids’ lives. “I did not know that people would not let it go. No pun intended,” she said. Laszlo laughed, despite the fact that he has no idea what a pun is. Kristen told Laszlo that she doesn’t go around singing Frozen songs, which he was glad to hear. And while she couldn’t promise him she wouldn’t make any more Frozen movies, she said she hadn’t been asked yet. “So far you’re in luck, sir,” she told him. Laszlo, who has lived in Hollywood his whole life, wasn’t buying it.

Eventually, Laszlo got down to his main question: What should he do when girls sing “Let It Go”? “Maybe you should introduce a different song,” she suggested, like “Good Morning,” one of his favorite songs from Singin’ in the Rain, which Kristen says she sings to her daughter every morning.

“I don’t think so,” Kristen said. He shook his head, nonplussed by her naiveté. “It will,” he said. “Even when I’m a grownup.”

After our call, Laszlo said Kristen was very nice and had a good singing voice and made him feel a little better because she gave him good ideas about solving his big problem. When I asked if he was going to tell the kids at school that he talked to Princess Anna, he said no. “I won’t tell them because then they’ll talk about Frozen,” he said. I just gave him a hug. You can protect your kids from only so much in this world. 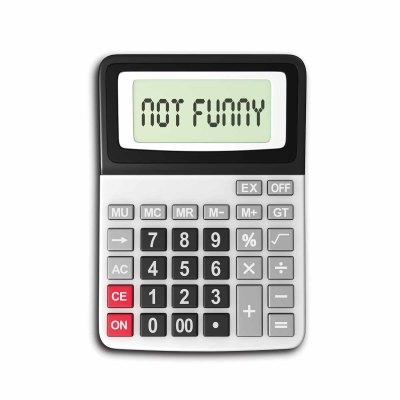 Funny or Dreck
Next Up: Editor's Pick