The School That Is Changing American Education

Two years ago, I visited a school in Brooklyn called P-TECH, the Pathways in Technology early college high school, which seemed very much like the future of education to me. It knitted together educators and job creators, and gave kids not only a high school degree, but a two-year associates degree and a job guarantee at one of the country’s top blue chip firms, IBM. In my latest piece in TIME, I look at how the amazing educators and “innovators” (that’s the P-tech word for students) behind this school are changing ideas about what secondary education in America should be. For a taste of what that looks like, check out our video on the school, which was the site of President Obama’s first visit to Brooklyn last year, above.

It’s about time. The last great national leap forward in secondary education was during the post World War II period, when state governments decided that high school education, previously optional, should be mandatory in order to ensure the kind of skilled workforce needed to compete in a new, higher tech industrial era. Now, many leaders – including the President, education Secretary Arne Duncan, scores of blue chip CEOs and executives, and most top educators– believe we’re once again at such a turning point. When it comes to high school, an increasing number of them buy into the idea that not only should educators and job creators be much more closely connected, but that as Stanley Litow, the IBM executive behind the program puts it, “six should be the new four.” The push for all American kids to have a post high school future, like Tennessee governor Haslam’s recent calls for two years of free community college for every student in the state, seem to come almost daily.

The statistics support it. A four-year high school degree these days only guarantees a $15 an hour future, if that. According to projections by the Center on Education and the Workforce at Georgetown University, the U.S. economy will create some 47-million job openings in the decade ending 2018, but nearly two-thirds will require some post secondary education. The Center projects that only 36% of American jobs will be filled by people with only a 4-year high school degree – half of what that number was in the 1970s. What’s more, the cost of not trading up educationally could be catastrophic — workers with an associates’ degree will earn 73% more than those with only a high school diploma.

“What’s very clear to me is that high school education as it is envisioned today isn’t sufficient for the modern workplace, or the modern economy,” says Chicago Mayor Rahm Emanuel, who decided to launch six P-tech schools of his own after reading about former New York City Mayor Michael Bloomberg’s success working with IBM in Brooklyn’s Crown Heights neighborhood. “It definitely triggered my competitive spirits!” he says with a smile. To read more about how P-tech is changing education, and the labor market in Chicago, and the rest of the country click here. 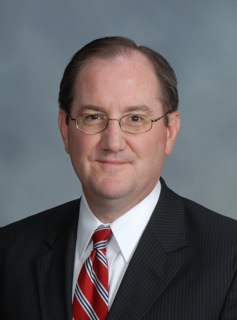 Inside the Mind of a School Superintendent the Night Before a Big Snow Storm
Next Up: Editor's Pick