Neil Irvin is executive director of Men Can Stop Rape, an organization that aims to mobilize men to stop violence against women

Men Can Stop Rape was established 1997 by men who wanted to do something to stand as allies with women to prevent all forms of sexual assaults, especially rape. We understand that rape is not just an issue that girls and women should care about but is a crime that directly or indirectly affects all of us in this society. Our mission was clear: “To mobilize men to use their strength for creating cultures free from violence, especially men’s violence against women.” MCSR spent the next decade fulfilling our mission and raising support and awareness with advocates, rape crisis centers, state coalitions, educational institutions and federal agencies about the importance of engaging boys and men in rape prevention.=

Now 17 years later we have turned our attention to the next phase of our mission: “how” to engage boys and men. Our strategy to mobilize men emphasizes a strength-based approach. First: male positive. Research has found when sexual assault occurs against men or women the perpetrator overwhelmingly identifies as male, yet the majority of us as men will never rape. So we target the larger majority of men to be active bystanders who get involved as allies in preventing rape.

Second: healthy masculinity. If the theories and realities of sexism, patriarchy and misogyny exist (we believe they do), then we as a nation must look at how we socialize and teach our boys what it means to be a man. If we continue limiting boys’ personal development by requiring them to perform a narrow, inauthentic and stereotypically violent masculinity, it will continue to be at the expense of their social and emotional lives. This in turn sets them and society up for unhealthy, violent forms of masculinity.

Third: primary prevention. Men’s violence is the most critical public health issue facing our nation. The attitudes, assumption, beliefs and behaviors of stereotypical forms of masculinity impact every aspect of our society; this cuts across class, race, faith and ethnicity and plays out in urban, rural, and suburban communities in every state and territory.

Therefore, we will only be chasing our tails if we always wait to react to men’s violence against girls and women after there is a newsworthy assault that has occurred. Adults must work from the very beginning of a young boy’s life to instill and demonstrate attitudes and behaviors that emphasize healthy, emotionally intelligent, non-violent forms of masculinity that promote strength without violence, justice and equity for the self and others. 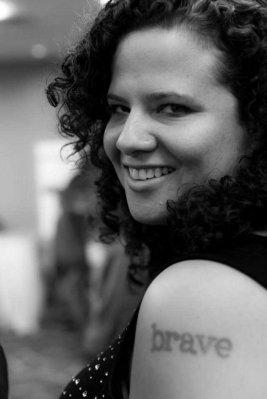 'I'm Proud' to See My Alma Mater Investigated For Mishandling Rape
Next Up: Editor's Pick