Oprah Winfrey’s OWN cable network announced Wednesday it’s creating a docuseries that will follow Michael Sam, the first openly gay man drafted to the National Football League, as he starts his career with the St. Louis Rams.

“Like every player out there working to make a team right now, my focus is on playing football to the very best of my ability,” said Sam. “I am determined. And if seeing my story helps somebody else accept who they are and to go for their dreams too, that’s great. I am thankful to Oprah for her support and excited to work together.”

Sam, who came out publicly in February, was drafted to the Rams May 10.

“We are honored that Michael is trusting us with his private journey in this moment that has not only made history but will shape it forever,” said Winfrey. “The next real-life story we follow in The Untitled Michael Sam Project promises to spark valuable, important discussion on life in America today. Acceptance and illumination start here.”

The team behind the untitled Michael Sam project is the same that created Lindsay Lohan’s show “Lindsay.” 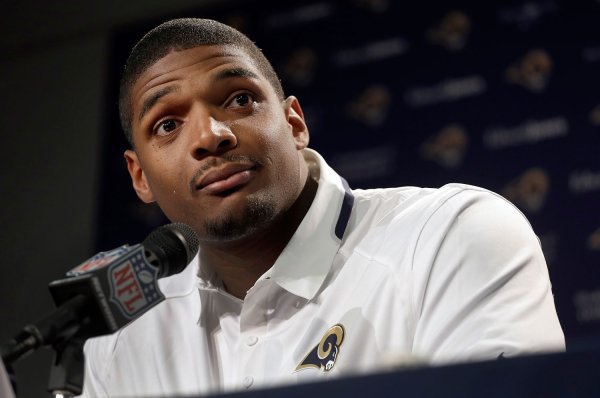 Michael Sam: 'I'm Determined to Be Great'
Next Up: Editor's Pick