TSA PreCheck vs. Clear: How They Work and How Combining Memberships Can Minimize Your Time in the Airport

Big-Time Credit Card Rewards and Perks Are Making a Comeback as Travelers Start Booking at Pre-Pandemic Levels. Here's How to Save, According to Experts

Interested in a Crypto Credit Card? Here’s What You’ll Be Missing Out On

There Are 8 Types of Credit Cards. Which Is Best for You?

You Can Buy Crypto With a Credit Card — But You Shouldn’t. Here’s Why

Dashia Milden is a staff reporter for NextAdvisor based in North Carolina. She has previously written for…

Courtesy of Alex Young
We want to help you make more informed decisions. Some links on this page — clearly marked — may take you to a partner website and may result in us earning a referral commission. For more information, see How We Make Money.

With more than $107,000 in credit card debt, Alex Young (33) and his wife, Alexandria (31) turned to balance transfer cards in 2018. But not just one; the couple made multiple balance transfers at once — which led to months of financial sacrifice and strict budgeting to pay down balances before interest kicked in.

The Youngs accumulated their debt over time, thanks to general overspending, a cost of living that was higher than they could afford, and lack of financial knowledge. But they eventually reached a point where the debt became insurmountable, Young says. In March 2018, they decided to tackle the high-interest debt, and opened multiple balance transfer cards in April.

“I think we opened a total of about eight cards within an afternoon,” says Young, who works as a Realtor in the Green Bay, Wisconsin, area. This allowed them to transfer their entire debt balance across several cards with introductory 0% APR offers. Then, they strategized paying off as much as they could within the introductory periods that ended around the same time.

“That felt so uncomfortable — incredibly uncomfortable. All of a sudden, we had a bunch of new credit inquiries and balances that were available,” Young says. They also had to come to terms with the sacrifices a plan like theirs required; they’d give up a number of experiences and celebrations to pay down the debt. They had to forgo vacations and birthday celebrations to pay off thousands before the eight introductory periods ended in 18 months.

For starters, high monthly payments you’ll need to pay off so many balances in a limited time can be a huge financial burden. Applying for and opening multiple new credit cards at once can also hurt your credit score. Even the Youngs admit they made many sacrifices, had lower credit scores, and worked within a strict budget to put every extra dollar toward their debt.

If you’ve got high-interest credit card debt to pay down, here’s what you need to know about the risks and considerations of using multiple balance transfers at once, and how it can affect your credit.

Can You Make Multiple Balance Transfers?

As the Youngs’ example shows, it is possible to make multiple balance transfers at the same time. But that doesn’t mean it’s a good idea.

In general, the amount transferred (including the balance transfer fee) cannot exceed the card’s credit limit. If you are intent on using multiple balance transfer cards to avoid paying interest charges, you could be left with very high monthly payments to ensure you pay it down before balance transfer promotional rates end.

The Youngs experienced this when they had to incorporate larger monthly payments than they’d allotted for in the past. The couple kept a strict monthly budget and kept track of everything while contributing as much money as possible toward their debt. They also kept a spreadsheet of each card’s balance and date that the promotional offer ended to keep them on track.

“We kept track of everything down to Netflix subscriptions or monthly subscriptions for music. We cut as much frivolous spending as necessary, and then found other means to increase income,” says Young.

So if you plan to use multiple balance transfer cards to consolidate debt, be prepared to make very large monthly payments to pay down multiple balances before the intro periods end. Otherwise, each of those cards will begin to accrue interest on the remaining balance and you’ll end up back in the debt cycle.

While it is possible to pay off debt with multiple balance transfers like the Youngs, experts warn against it.

If you’re doing a balance transfer, it should be used as a one-time lifeline to get out of debt instead of repeating the cycle, says Terry Savage, author of “The Savage Truth on Money, Markets, and the Economy.”

Opening several lines of credit to transfer balances can have a major impact on your credit score. Especially if you’re opening multiple lines of credit within a short timeframe, the new accounts and new inquiries can negatively affect your credit.

In general and when possible, a better bet for consolidating debt is to transfer balances from multiple cards to one balance transfer card, says Jim Triggs, President and CEO of Money Management International, a nonprofit credit counseling organization. But it depends on the card issuer and the card limit you’re approved for. You may be able to transfer all of your debt to one card to pay your balance off interest-free.

But if your debt exceeds one balance transfer card’s limit and you want to use multiple balance transfer cards to consolidate and pay off debt, you may choose to gradually open another card over time to pay off the balances instead of facing a huge financial burden of steep payments that you may not be able to comfortably pay. 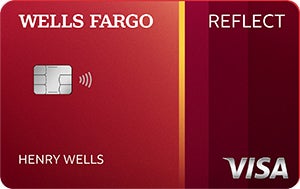 Editor’s Score: (4.2/5)
Editor’s Score: (4.2/5)
introductory offer: 5.0
balance transfer fee: 3.0
time to transfer: 5.0
ongoing apr: 3.5
other fees penalties: 3.5
rewards: 3.0
other benefits: 4.0
All reviews are prepared by NextAdvisor staff. Opinions expressed therein are solely those of the reviewer. The information, including card rates and fees, presented in the review is accurate as of the date of the review.
Learn More 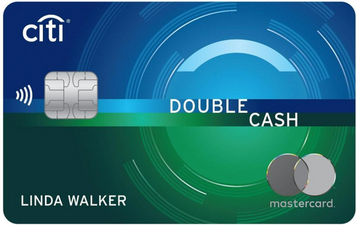 Editor’s Score: (4.9/5)
Editor’s Score: (4.9/5)
rewards rate: 5.0
welcome bonus: 5.0
annual fee: 5.0
other costs fees: 5.0
introductory offer: 5.0
other benefits: 5.0
simplicity: 5.0
ongoing apr: 3.5
All reviews are prepared by NextAdvisor staff. Opinions expressed therein are solely those of the reviewer. The information, including card rates and fees, presented in the review is accurate as of the date of the review.
Learn More 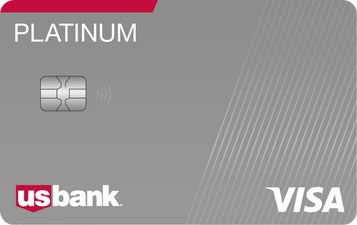 The Youngs took a risk by making several balance transfers at once, but some of the debt payoff tricks they learned along the way can help you in your journey.

First, they prepared. When Young and his wife started paying off debt, they created a spreadsheet of outstanding balances, interest rates, and length of each promotional period. They also increased the amount of money they could dedicate toward debt payoff each month — Young was able to increase his real estate clientele, and the couple created a strict budget that cut as much frivolous spending as possible.

“We’ve had to forfeit getting together with friends and family, doing trips, and giving gifts on birthdays or holidays,” Young says. While it wasn’t an easy decision, Young says they were willing to sacrifice in the short term to pay off the debt as quickly as possible. “We were just very fortunate to that we were able to get through a lot of it in a relatively short period of time considering how long it took to accumulate to begin with.”

Before applying for a balance transfer card, create a plan to pay it off within the introductory period ahead of time — so you can avoid the need for multiple balance transfers altogether.

After all, balance transfers are great as long as they’re used to get out of credit card debt, not just to tread water by only paying the minimum payments and not creating a plan to pay the debt off — a risky move that accrues interest and leads to more credit card debt, says John Ulzheimer, a credit expert, formerly of FICO and Equifax.

Another thing to consider is how you took on the debt to start with. If you continually find yourself stuck in a cycle of debt, or your have a very high balance that seems insurmountable, consider seeking help from a nonprofit credit counseling agency to evaluate your options — such as a personal loan or debt management program.

“Ultimately, if you continue to transfer balances and it has to do with the minimum payment being difficult to make, then you might want to reach out for help and see if there’s other help available for you,” Triggs adds.

The card doesn’t have an annual fee, late payment fees, or penalty APR. However, there’s a 5% balance transfer fee or $5, whichever is greater.

The Wells Fargo Reflect® Card has a 0% intro APR for purchases and qualifying balance transfers for 18 months from account opening. There’s a variable APR of 15.24%-27.24% thereafter. If you make on-time payments during the intro period, you will qualify for three additional months with the 0% intro APR. In order to qualify for the promotional offer, you must make the balance transfer within 120 days of days of account opening.

The card doesn’t have an annual fee, but you can expect an intro 3% balance transfer fee (minimum $5) for 120 days from account opening. After the introductory period, it increases to up to 5% (minimum $5).

The Citi® Double Cash Card has an 18 month introductory 0% APR period for balance transfers. The transfers must be made within the first four months of account opening. After that, you can expect a variable APR of 16.24% – 26.24%.

There’s no annual fee for this card, but it comes with a 3% balance transfer fee ($5 minimum) during the introductory period, then increases to 5% for each transfer.

The card comes with a balance transfer fee of 3% or $5, whichever is greater.

1
Why the Latest Fed Rate Hike Might Not Change Much for Mortgage Rates That Are Already Above 6%
Read More
2
‘A Lot of Pain Ahead’: Why One Expert Predicts Many More Fed Rate Hikes Before Inflation Slows, and How You Can Prepare
Read More
3
‘A Nothing Burger’: How Expectations Are Influencing Bitcoin and Ethereum Prices Following Latest Fed Rate Increase
Read More
4
The Fed’s Latest Rate Hike Just Made Your Savings Account Even More Valuable
Read More
5
Remote Work can Supercharge a Side Hustle. Here’s How I Find the Best Jobs and Gigs Online
Read More
Get expert financial tips delivered to your inbox

The War in Ukraine Could Pose New Security Risks for Crypto Investors. Here's How to Protect Your Coins

I Moved to a $700/Month Apartment to Save Five Figures as a Single Mom. These Are the 7 Things I Considered First

Why Cryptocurrency Regulation Is Actually ‘A Good Thing’ for Investors, According to These Experts

President Biden Is Still Considering Student Loan Relief, According to a Top White House Official. Here’s What Borrowers Should Know