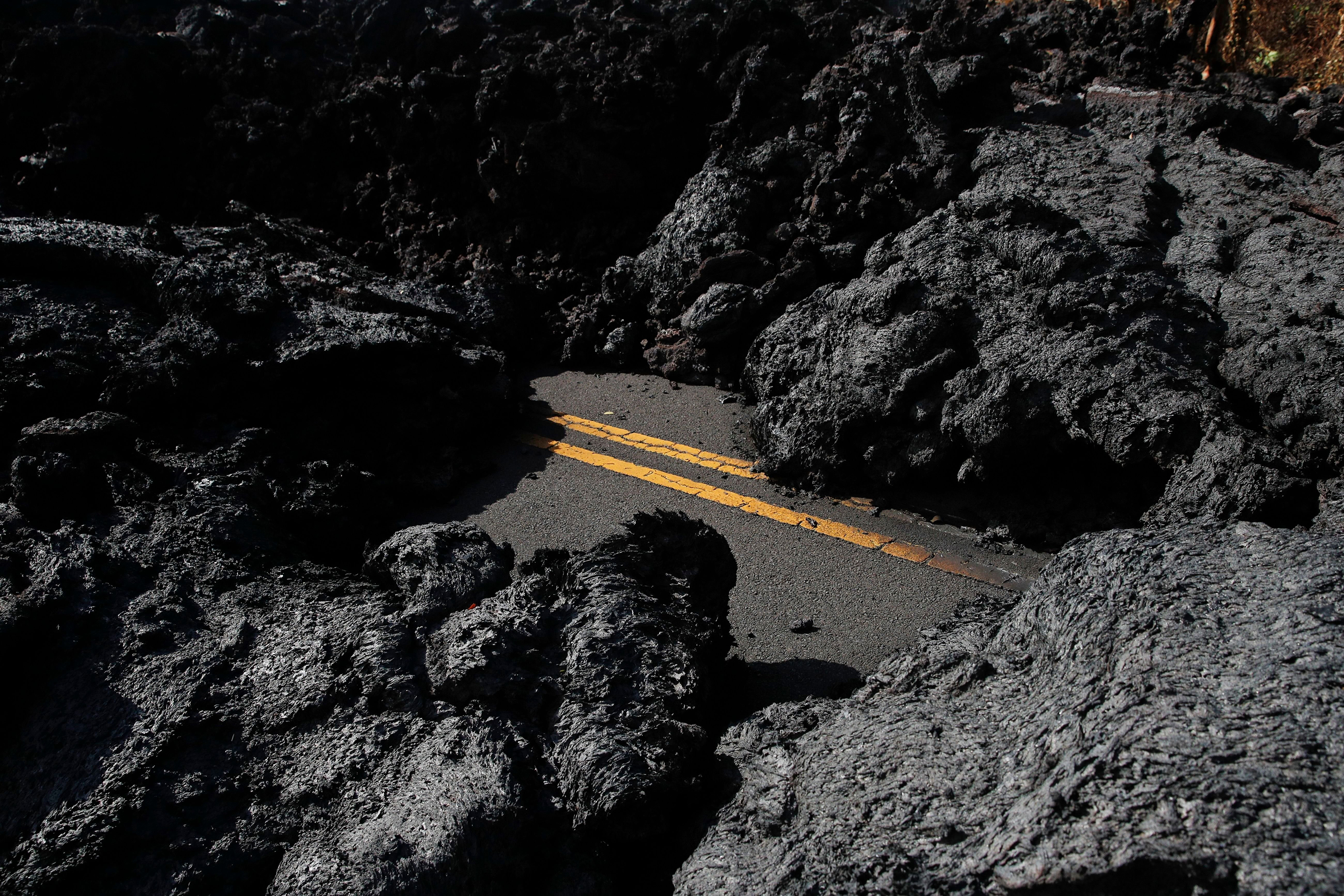 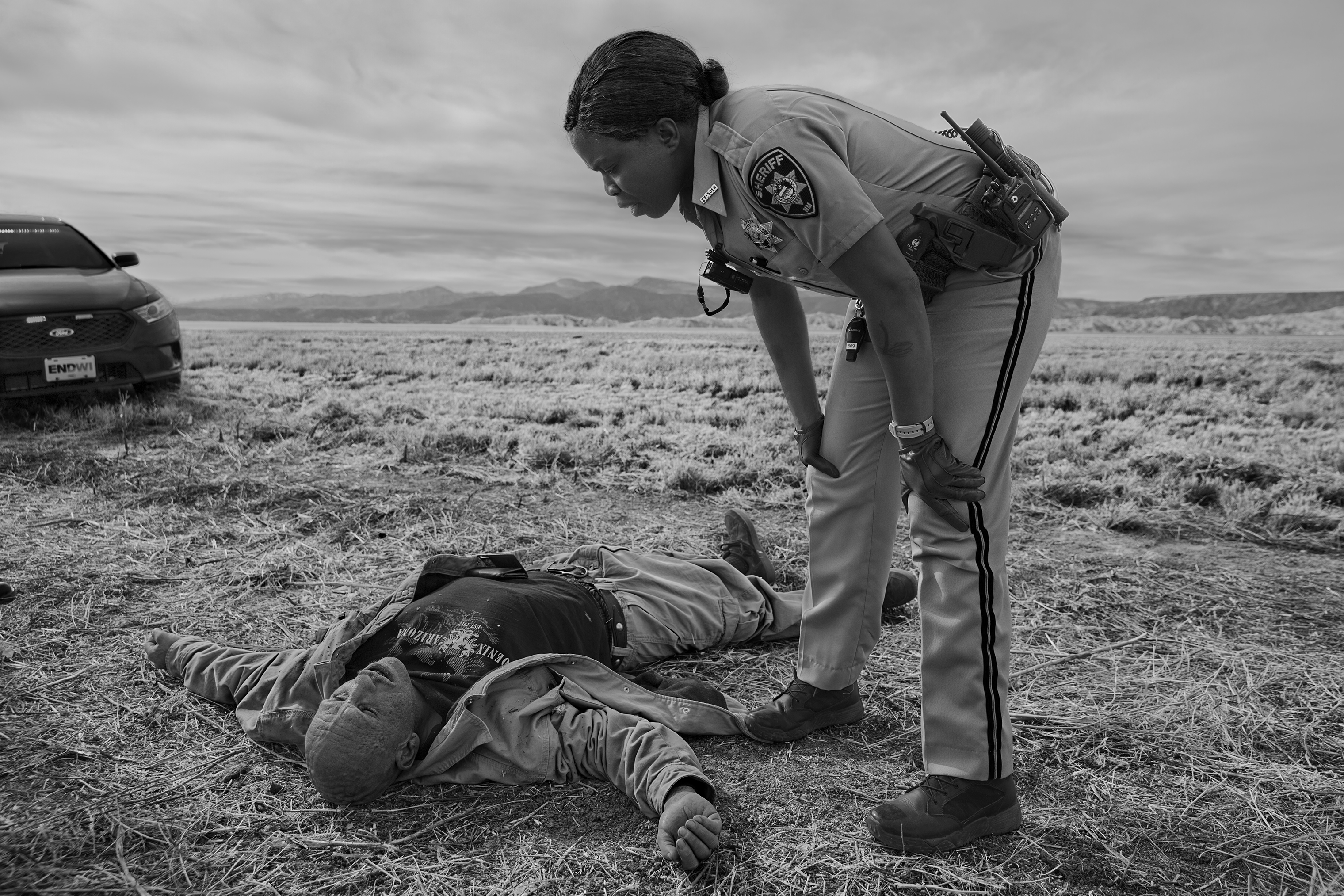 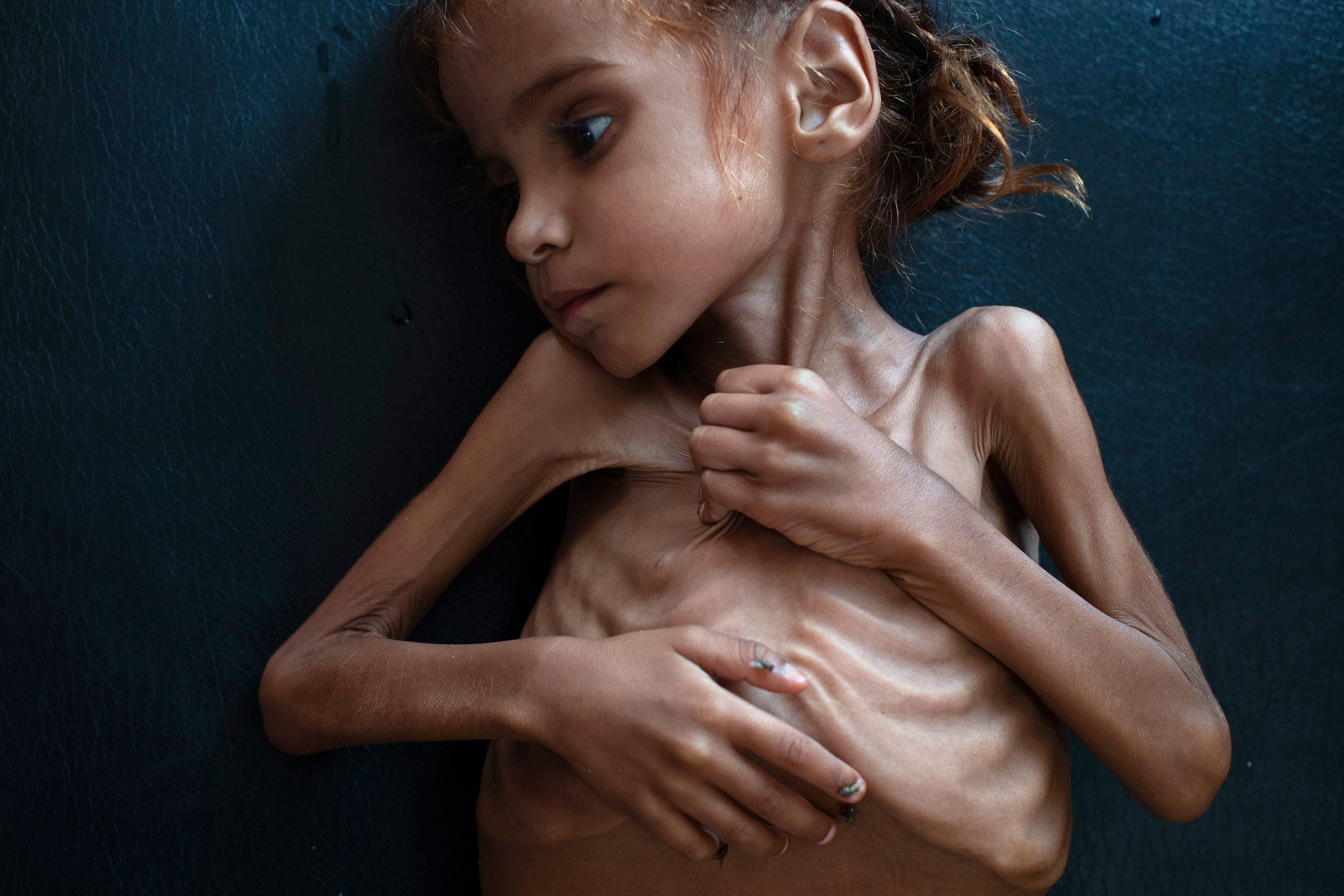 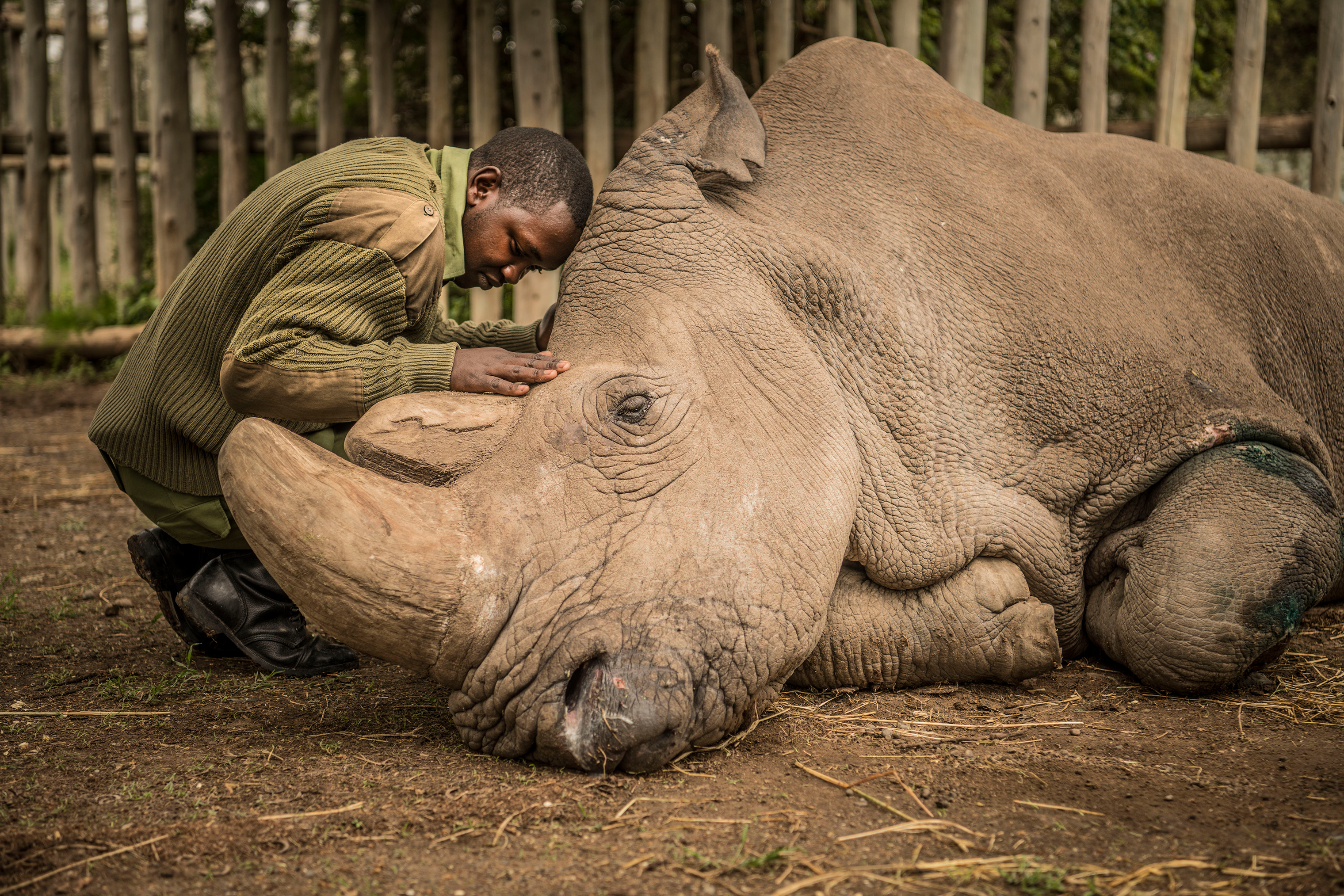 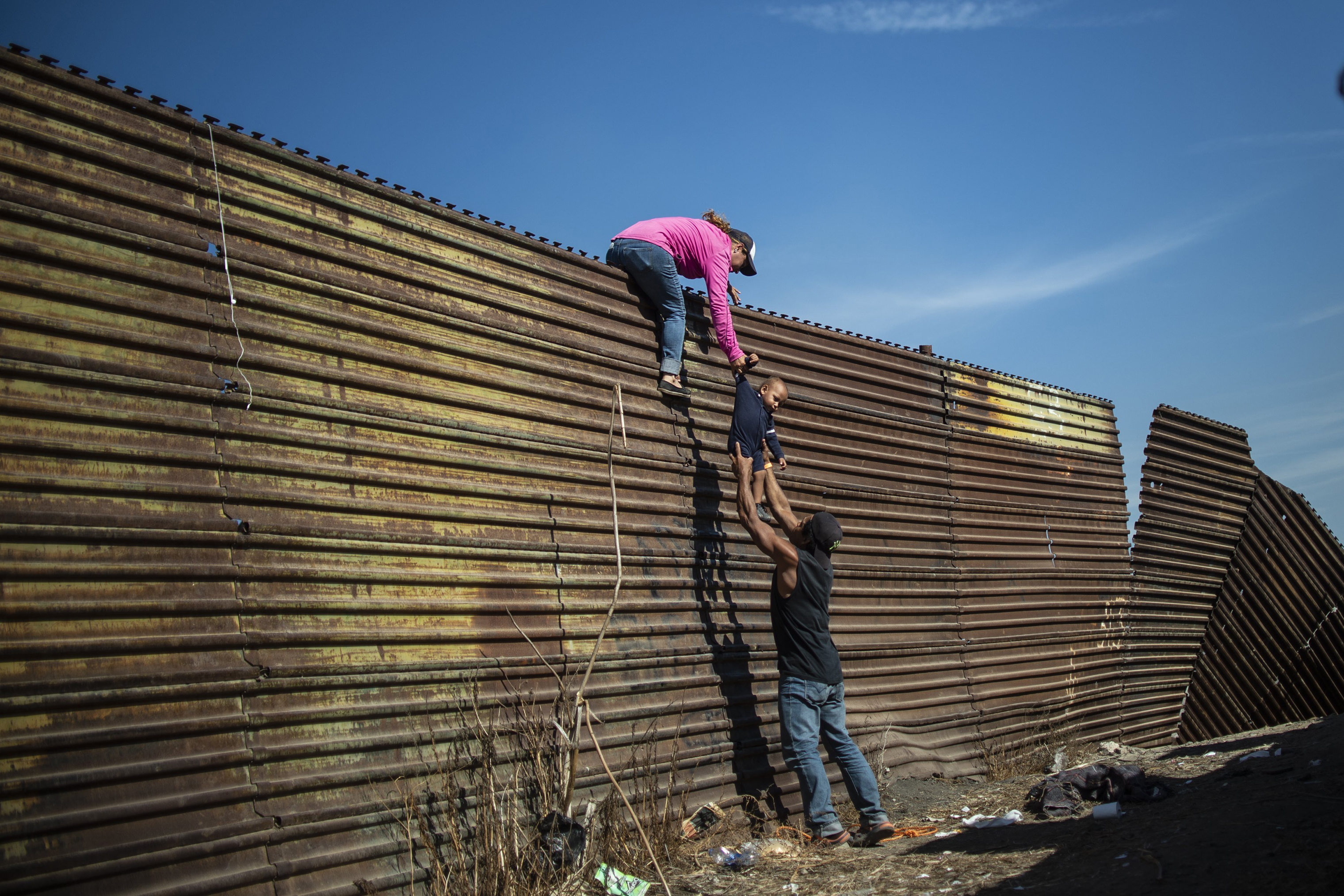 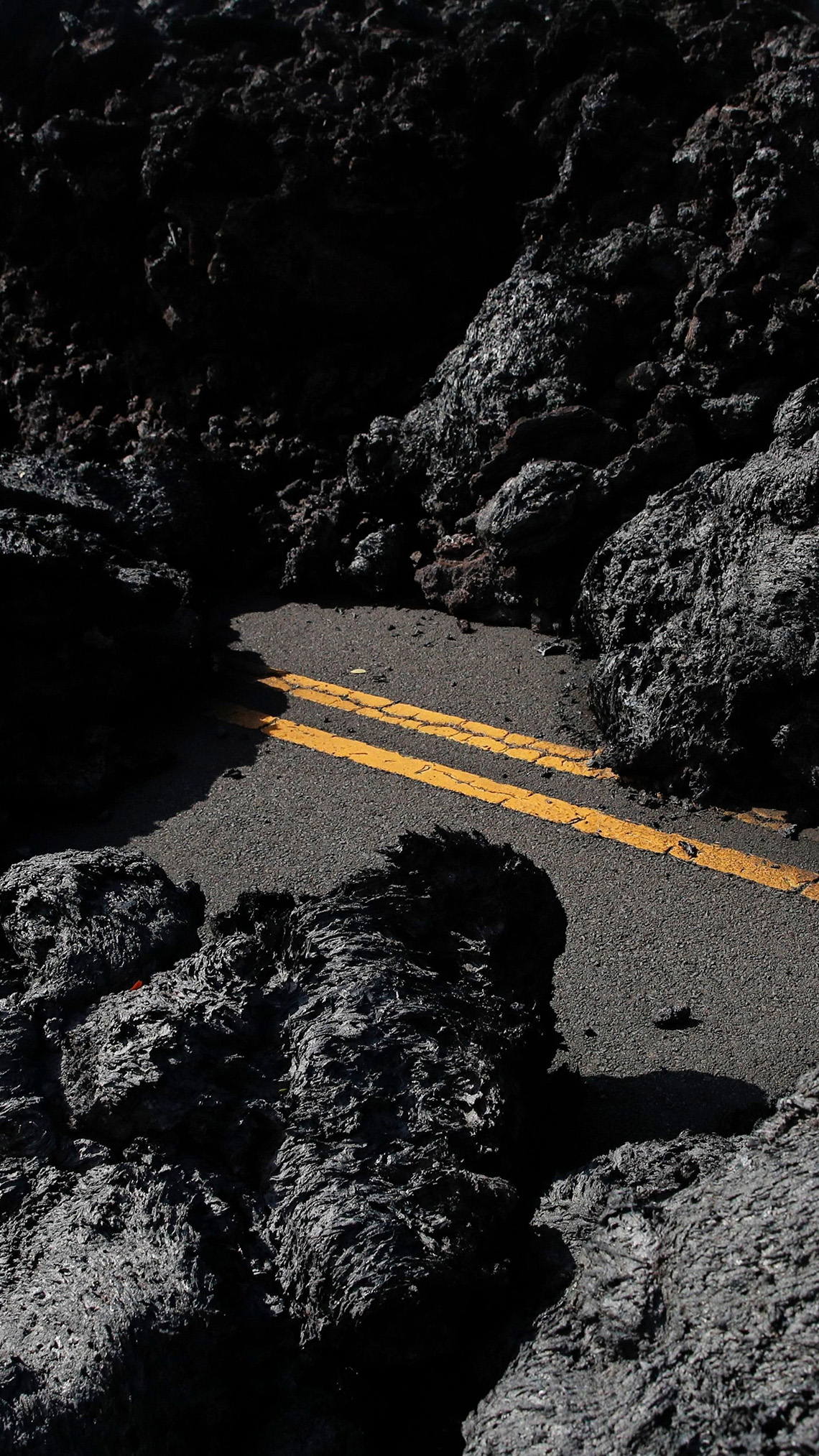 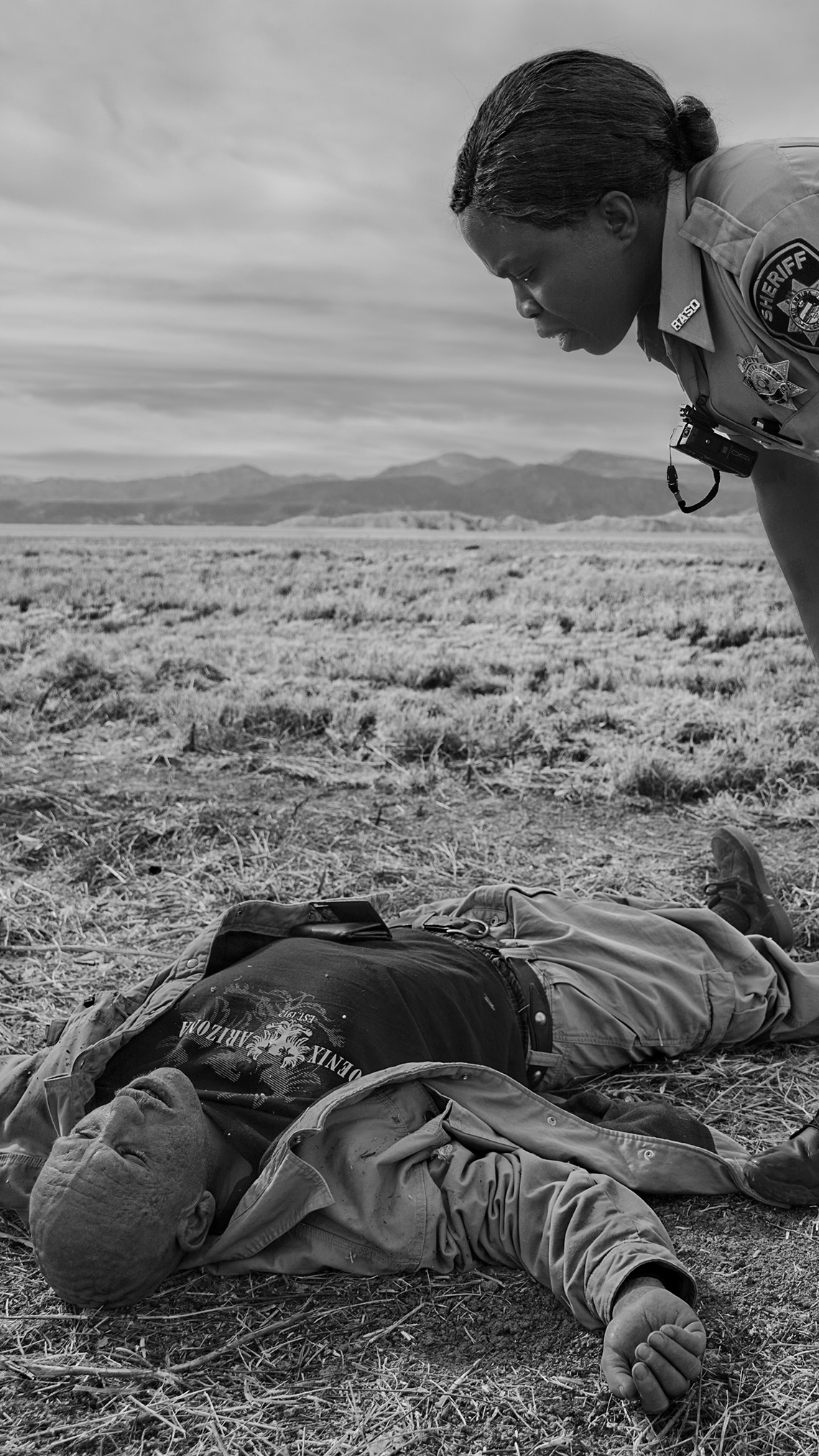 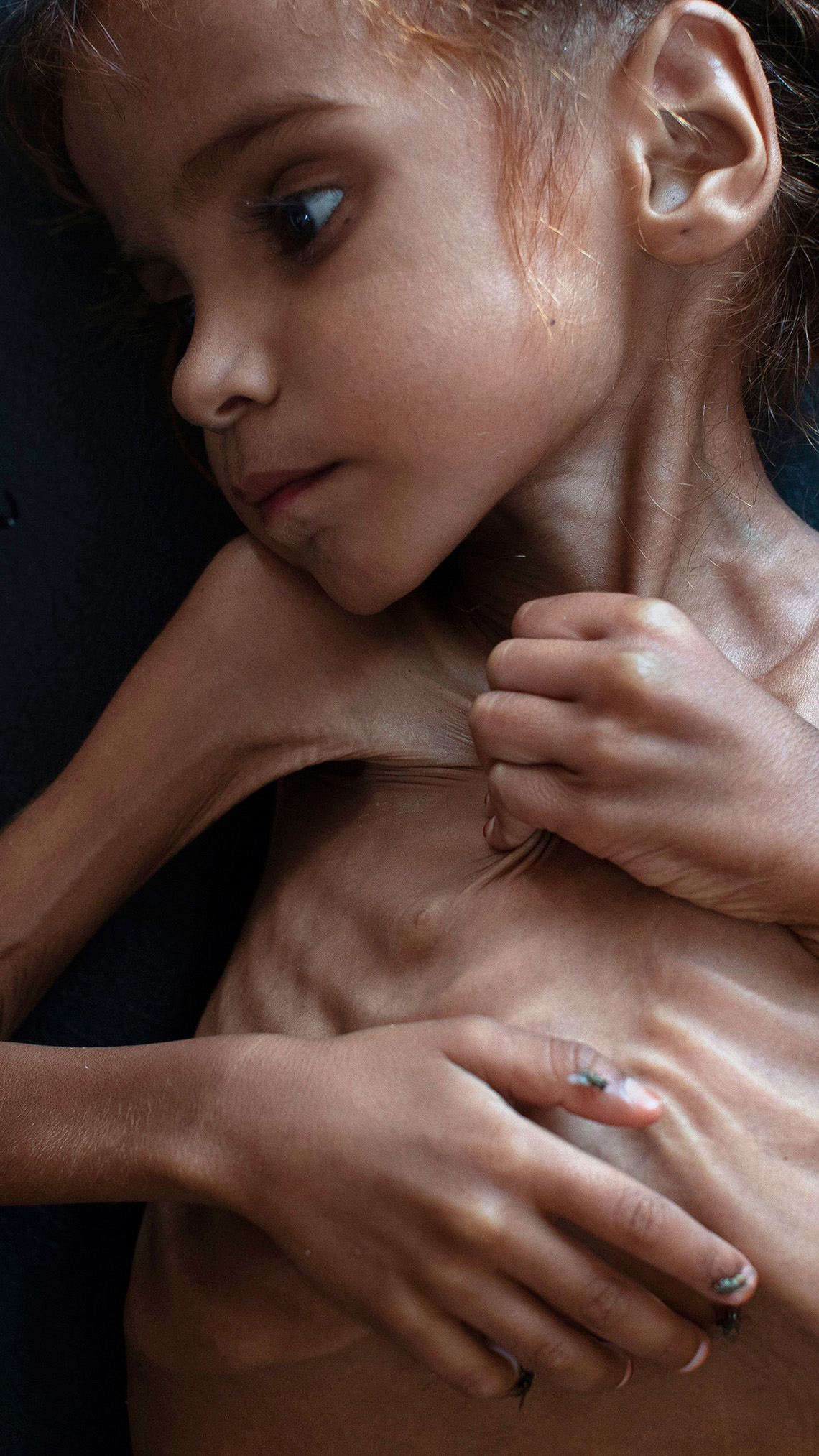 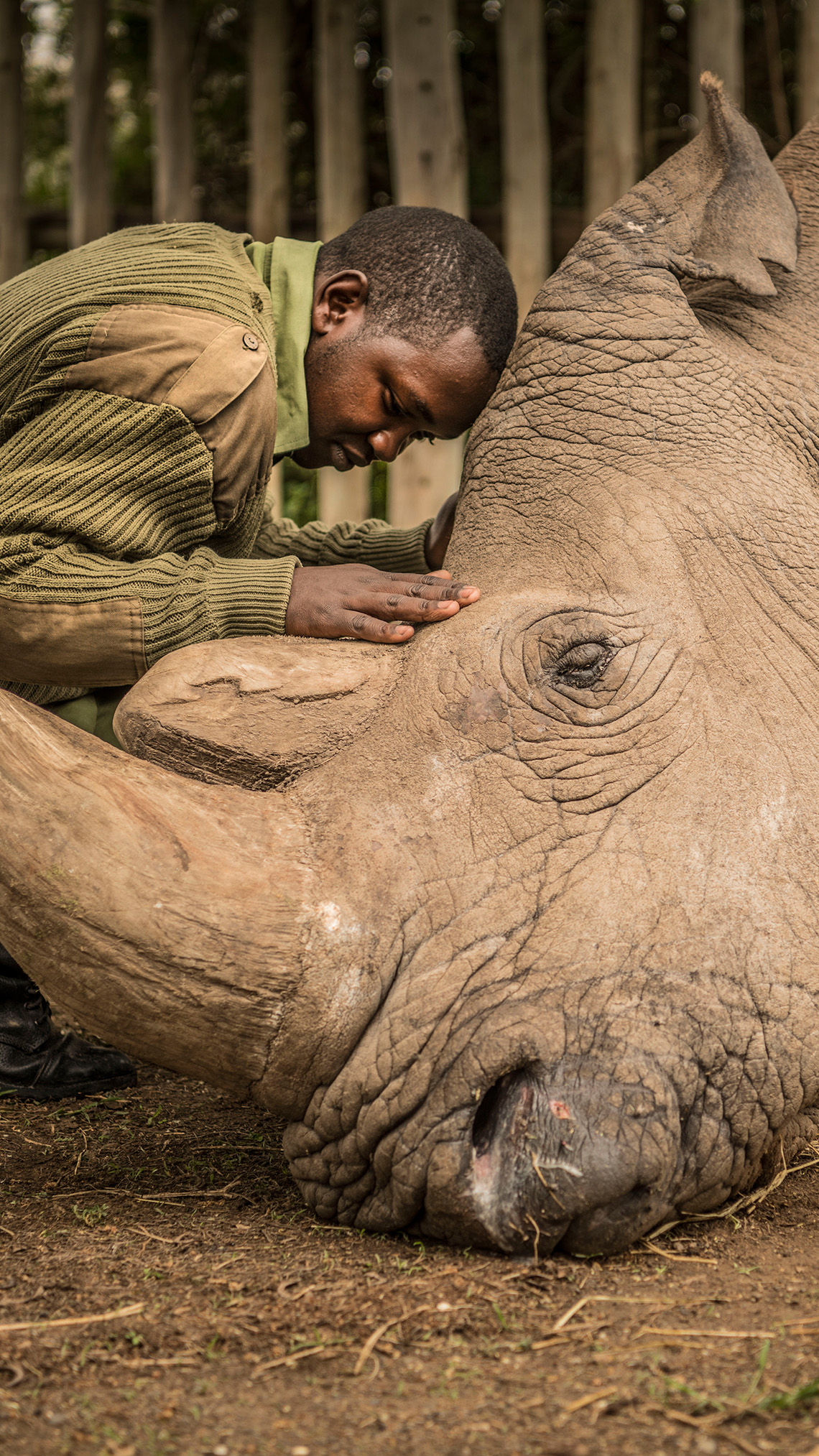 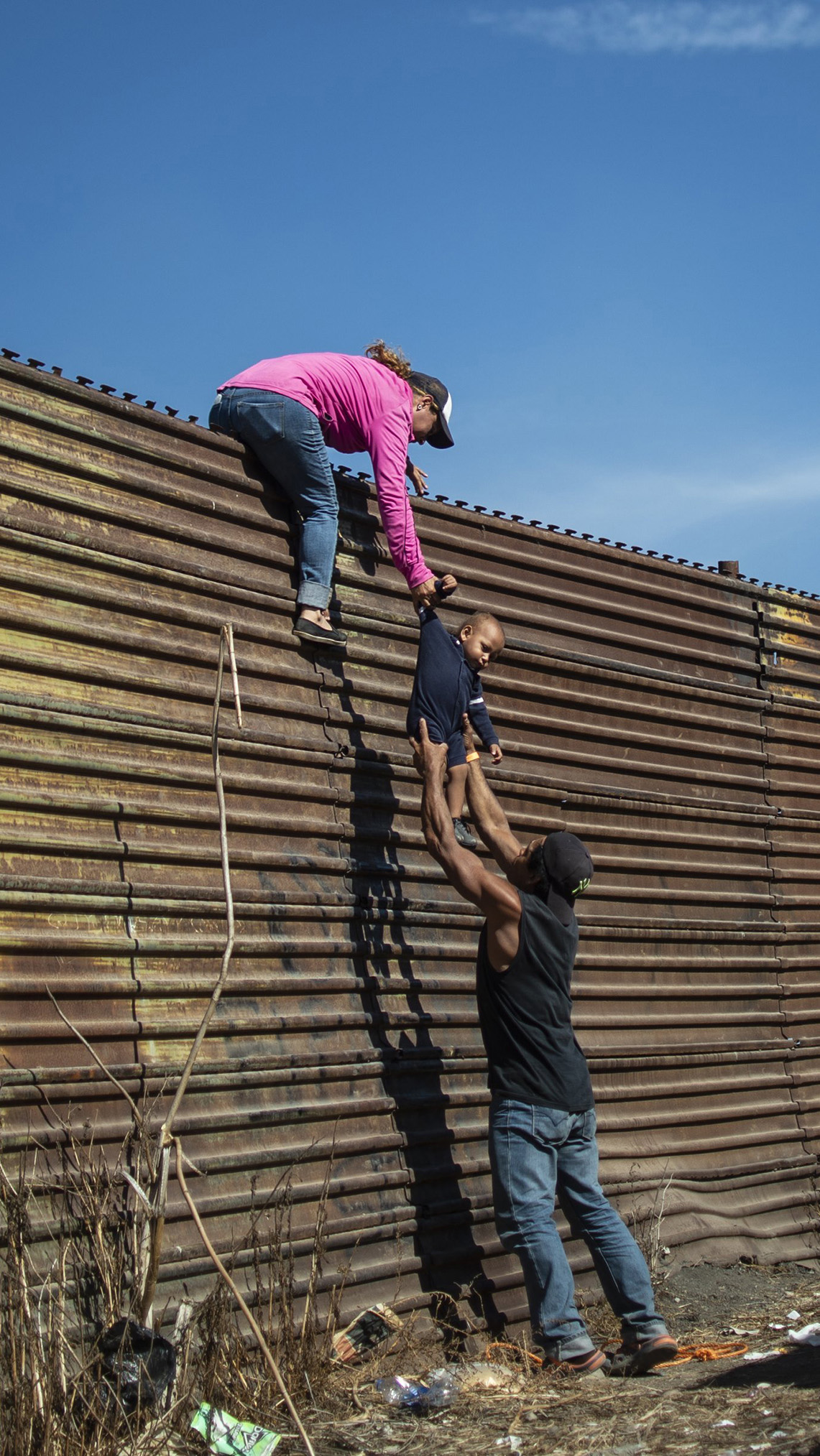 Throughout 2018, TIME’s photo editors set aside images that, amid a relentless news cycle, made us pause. By November, we had a stockpile of a few thousand pictures, culled down from the millions we had collectively seen since January. Over the course of a few weeks, and after adding in even more, we whittled that group down to 100 images that defined the year. In the days since, we knocked it down to 10 — an unranked selection that appears below.

These pictures represent the strongest examples of photojournalism at a time when the war on truth feels more urgent with each new mobile push alert. From the front line of America’s deadly opioids epidemic to the political maelstrom in Washington, and from the humanitarian disaster in Yemen to the deadly unrest along the Israel-Gaza border, photographers captured a world in historic transition.

Taken together, the photographs depict tests of humanity and morality, resilience and change. Many pictures here show a moment that crystallized the impact of a larger event for the masses; others offer quiet meditations. Individually, each attests to the staying power of the still image — whatever 2019 may bring. — Andrew Katz, TIME’s Deputy Director of Photography

A resident flees his home in Thousand Oaks, Calif., on Nov. 9 with only the clothes on his back. Wildfires erupted in Northern and Southern California in early November, forcing an estimated 160,000 to evacuate. This image by Stuart Palley was featured in our Dec. 17 issue in a story on what these wildfires signal about our future: “As the planet continues to burn, drown and melt, preparation is the only thing that will protect us,” TIME’s Justin Worland wrote. “The sooner and better we adapt, the fewer lives will be lost, the fewer people displaced and the fewer cities— and countries—wiped off the map. Without action, make no mistake, the problem will not go away and no place will be left unscathed.”

Countless images of destruction and heroism emerged from the fires in November, but none felt as intimately intense as this one by Palley: a man running for his life in the dead of night.

Deputy sheriff Dorothy Onikute responds to an overdose call on Feb. 4 in Alcalde, N.M. This photograph appeared in “The Opioid Diaries,” TIME’s March 5 special report on the national emergency, which killed nearly 49,000 people in the U.S. last year.

Photographer James Nachtwey and TIME’s Paul Moakley traveled across the country to document opioid users, first responders and others directly affected by the lethal epidemic. “The only way to make real sense of it,” Nachtwey wrote, “was to see what happens to individual human beings, one by one.”

Senator Maggie Hassan (D-N.H.) entered The Opioid Diaries into the Senate record days after the collection was published, saying: “It is compelling and I think the pictures in particular capture what is happening in our country because of this epidemic.”

Center lane lines are partially visible along the lava-covered road in the Leilani Estates subdivision near Pahoa, Hawaii, on May 11. Kilauea, one of the world’s most active volcanoes, erupted from its summit on May 3, sending a plume of ash 30,000 feet into the air. Opportunity permitting, a volcanic eruption will often prompt photographers to board helicopters in hopes of capturing a sweeping view of a changing landscape. But by showing a sliver of the familiar on the verge of being overrun, Jae C. Hong of the Associated Press showed the power of a different approach: intimacy.

A group of Central American migrants near the El Chaparral crossing in Tijuana climb the fence between Mexico and the U.S. on Nov. 25. This picture by photographer Pedro Pardo of Agence France-Presse emerged on a particularly chaotic Sunday there, as U.S. border agents had fired tear gas at those attempting to cross through a barbed wire fence. Scenes of desperate families dispersed by, or coughing from, bursts of tear gas were displayed atop news articles and on television news networks that evening.

Yet this scene carried a greater urgency. It’s one that viewers may have become more immune to seeing on faraway borders: determined adults struggling to carry a child from one country to another, seeking safety. During the fall, President Trump called the caravan of immigrants an “invasion.” But the images on the ground often revealed something different: children.

Joseph Wachira, 26, comforts Sudan, the last male Northern White Rhino on the planet, moments before he passed away in Kenya in March. Sudan’s final moments were captured by photographer Ami Vitale, who has crisscrossed the world chronicling wildlife, conservation efforts and an environment under threat. Writing for TIME, Vitale reflected on the meaning of Sudan’s passing: “Sudan’s death could mean the extinction of his species, though scientists are considering other options involving two remaining females, including stem cell procedures and harvesting eggs.” But, she added, “all hope is not lost. This can be our wake-up call. In a world of more than 7 billion people, we must see ourselves as part of the landscape. Our fate is linked to the fate of animals.”

Read actress Nargis Fakhri on the importance of this photograph here: “When I met Sudan, I was in awe. I never could have imagined how beautiful he was.”

Gene Tabachnick, a friend of brothers David and Cecil Rosenthal, who were slain at The Tree of Life synagogue in Pittsburgh on Oct. 27, stands near their graves during a burial ceremony three days later. Cecil, 59, and David, 56, were among the 11 people killed when a gunman opened fire at the synagogue.

The frequency of mass shootings in America has led to a familiar pattern of aftermath imagery. This quiet scene by Salwan Georges, a photographer with the Washington Post, was unique in the coverage after Pittsburgh. It served as a rare and striking departure from the candlelit vigils and mourning that have become common in recent years.

Man in the Middle

Jeff Flake, center, listens to fellow GOP Senator Lindsey Graham, right, on Sept. 28, moments after Flake called for a delay in Judge Brett Kavanaugh’s Supreme Court confirmation. A day earlier, both Kavanaugh and Dr. Christine Blasey Ford, a California professor who accused Kavanaugh of sexual assault when they were teenagers, testified to a group of Senators including Flake. All eyes were suddenly on the Republican Senator from Arizona, a crucial vote in deciding the fate of Kavanaugh’s nomination.

David Butow, who captured this frame on assignment for TIME, described the moments that followed: “I don’t remember looking at the back of the camera — known as ‘chimping’ — right away. I felt pretty confident I had something decent, and just hoped it was in focus,” he wrote for TIME. “I went back to our work room and began to edit. I saw that the elements of the picture — the body language and expressions — had come together in a way that conveyed the situation in a way I thought was true, and fortunately were graphically well-organized and sharp. On this historic day, following another historic day, that was as much as I could ask.” Flake’s change of heart proved brief; eight days later, he joined a slim majority to elevate Kavanaugh to the bench.

Read Sen. Chris Coons (D-Del.) on the importance of this photograph here: “This is a clear reminder of just how strong the pressure is against anyone who seeks to listen to their conscience in Washington today.”

This image of 7-year-old Amal Hussain in October drew global attention to the humanitarian crisis caused by the Saudi-led war in Yemen, where the U.N. says 14 million could be on the edge of starvation. Some Facebook users who shared the New York Times article with this image, photographed by Tyler Hicks, saw their posts temporarily removed for breaching the social network’s community standards. In a statement to the Times, the company said, “we don’t allow nude images of children on Facebook, but we know this is an important image of global significance.” The posts were said to be restored. On Nov. 1, the Times reported, Amal’s family said she had died in a refugee camp.

Read Nobel laureate Tawakkol Karman on the importance of this photograph here: “Hers is the face of a conflict that for four years has brought into question the entire future of the children of Yemen — or whether in fact, they will have a future at all.”

As the U.S. opened a new embassy in Jerusalem on May 14, violence erupted just miles away at the Gaza border, where Israeli soldiers clashed with Palestinian protesters like this injured man, who was evacuated by horse cart. Scores of Palestinians gathered that Monday in a continued demonstration both to assert a right of return and to protest the embassy move, and Italian photojournalist Emanuele Satolli was on assignment for TIME to chronicle it.

Some news organizations embraced a split-screen approach to capture the day: on one side, President Trump’s daughter Ivanka Trump helped unveil a plaque at the new embassy; on the other, people helped carry the injured or dead through the smoke. Dozens of Palestinians were gunned down in what became Gaza’s deadliest day since the 2014 war.

Hope Hicks, the White House communications director, leaves the Capitol on Feb. 27 after facing more than eight hours of questions from a House committee about Russian election interference. Leah Millis, a staff photographer for Reuters, captured the surreality of life in Trump’s orbit in one image: the calm and the storm. With this picture, Millis set a high bar for what became a banner year of photojournalism from the Washington press corps. Hicks, a close confidante of President Trump’s, announced plans to resign the next day.

Read Millis’ experience capturing this photo here: “This was one of my very first stake outs on my new job.”