Melissa Spitz Is TIME’s Pick for
Instagram Photographer of 2017

By Alexandra Genova | Photographs and Video by Melissa Spitz

Melissa Spitz was 7 years old when she visited her mother in a mental institution. It would be the first of many, and it ultimately inspired a project she would launch years later called You Have Nothing to Worry About. The Instagram account is a visual diary of Spitz’ mentally ill mother, Deborah, who has been diagnosed at various times with paranoid schizophrenia, depression and bipolar disorder.

For her distinct understanding of the platform’s storytelling potential, and her unique curation that has generated a community and conversation about mental illness, Spitz, 29, has been named TIME’s Instagram Photographer of the Year for 2017. 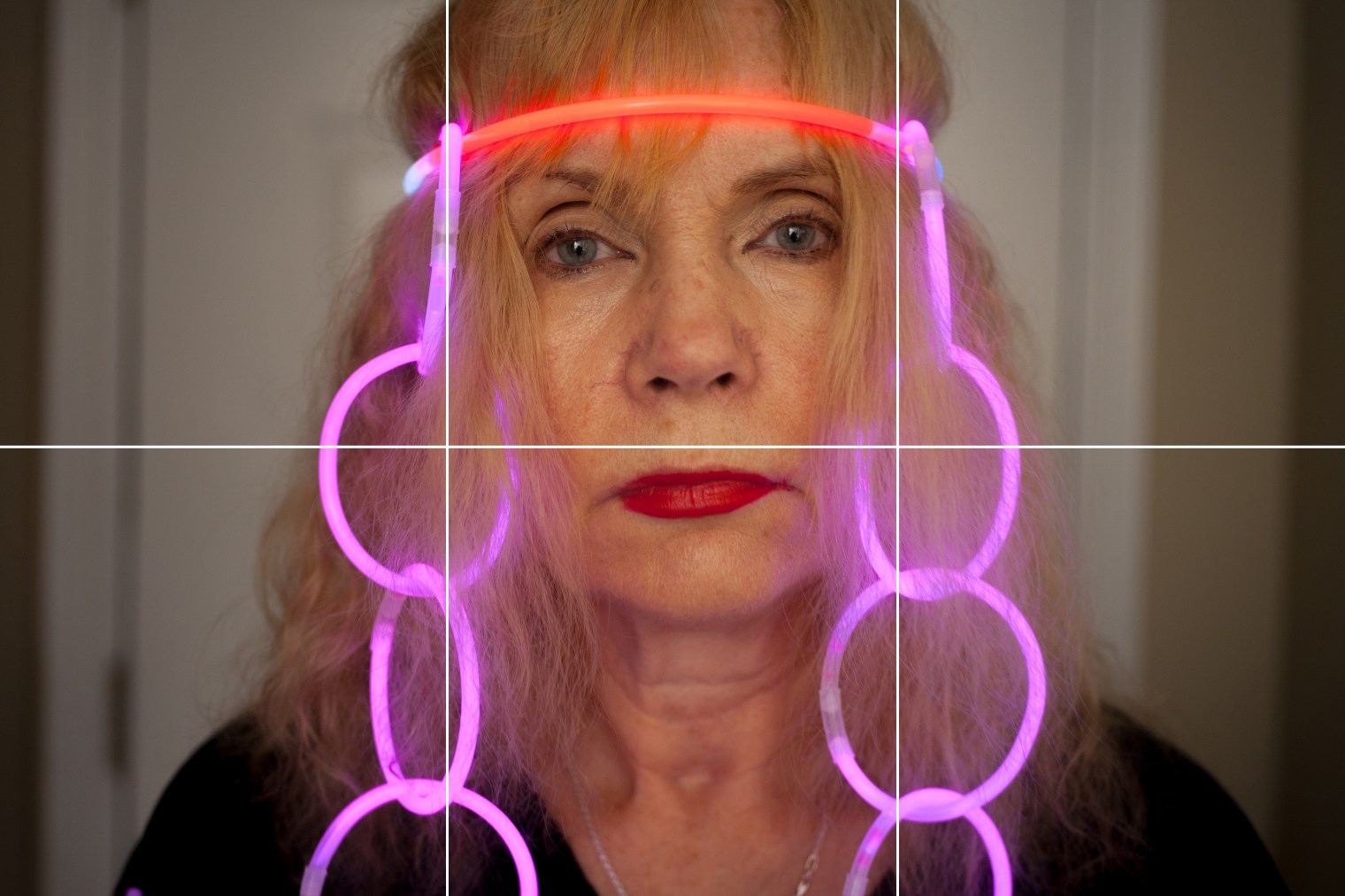 Spitz takes the viewer on a captivating and unflinching journey with images that reflect the complexity of mental suffering through the lens of someone who cares deeply for her subject. Spitz’s willingness to repeatedly bear witness to her mother’s lowest moments makes the viewer feel honor-bound to bear witness too.

Intimate and artful details tell the larger story of her mother’s battle.

Over eight years, Spitz has taken more than 5,000 photographs and 100 videos. iPhone photos live next to fine art pictures, archive footage and old childhood snaps. Spitz tells her story through many different mediums and in such a way that only on Instagram could the story have unfolded the way it did. In the past year, Spitz has developed a unique instinct for curating visual elements into an arresting narrative within the platform.

Spitz shares screen grabs of texts with her mother, allowing the complexities of mental illness to exist within a familiar visual device.

She started using Insta-grids long before the trend took off, largely because she hated the idea of cropping her pictures into a square. “They are also really metaphorical in terms of dealing with the work and my mom,” she tells TIME. “It’s chopped up. You have to zoom in and out; it all folds in on itself.” 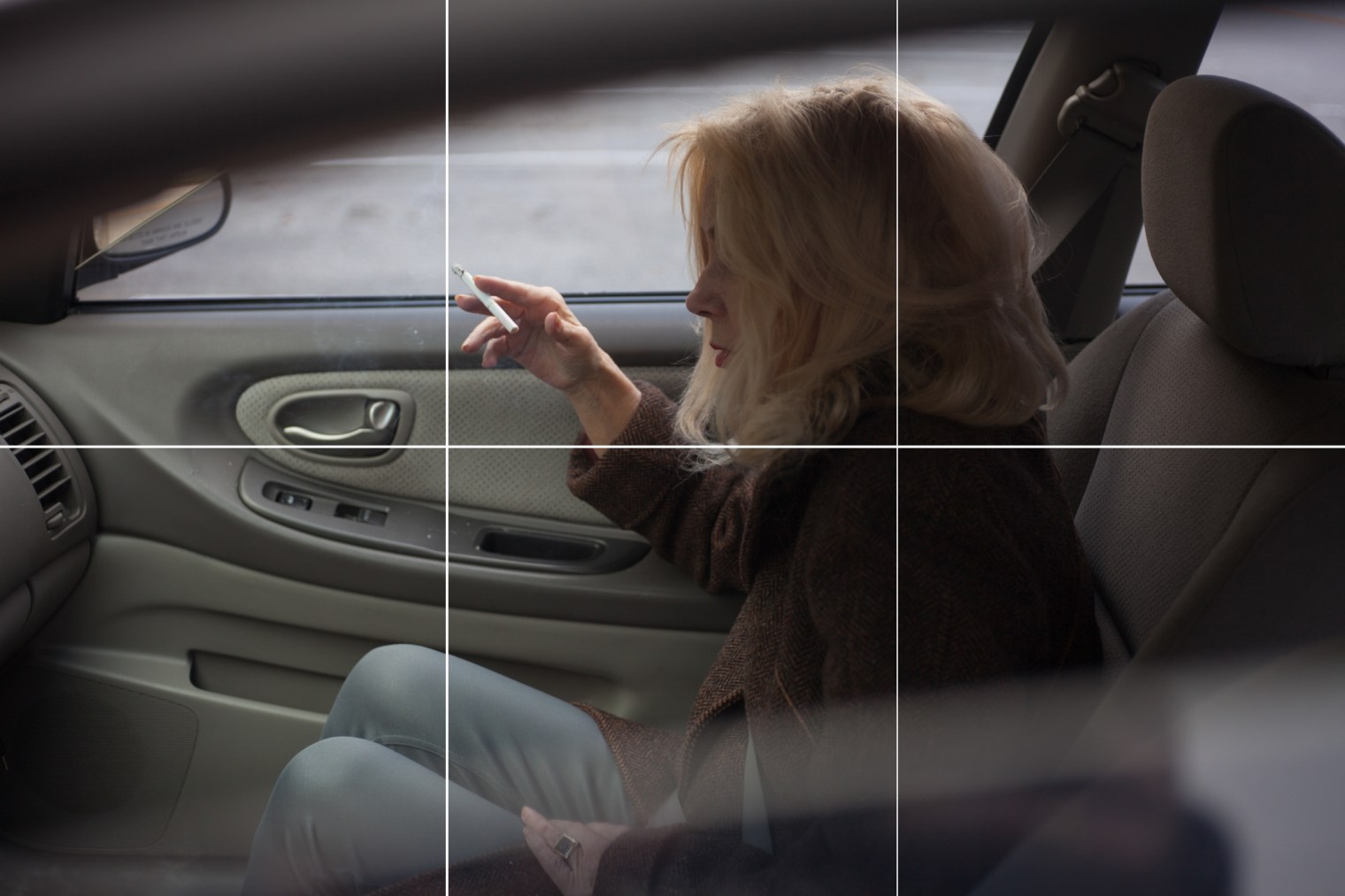 One of several grids she uses to dissect her work and slow down the urgent pace of Instagram.

Spitz has often worried that her work may come across as exploitative. “I’ve worried that the work encourages [my mom] to be worse,” she says. “There’s times where I’d come home and I knew she would take more pills because she knew I was coming over with the camera.”

Once, Deborah told her daughter she had been diagnosed with multiple personality disorder. “I went to her house and she put on these costumes,” she says. “She was running around acting really really crazy and said, ‘I can act like this because a doctor told me I have this disorder.’”

But there have also been times where Spitz felt morally bound not to pick up the camera. “One time she had this big gaping wound and she was saying; ‘You have to photograph my wound, Melissa.’ And I was like: ‘No mom.’”

Spitz occasionally makes herself the subject of her posts and writes deep captions to reflect on the purpose of this very public journey.

The project began as a university assignment in 2009 to document something “private.” She created the Instagram account in 2014 after graduating. The desire to record in this diligent way, she thinks, stems from her paternal grandmother. She was the maternal figure in her life—and a Holocaust survivor—and the pair would often spend hours looking at photographs of family members who didn’t make it out. “Pictures… the idea of documenting and saving everything, having a record of it, has been important my whole life because that’s all we had from my grandma’s family,” she says.

When she began the project, she looked for shock value; anything that was “scary.” But as the project has evolved, Spitz has become more drawn to the quieter moments; sunlight falling on her mother’s blonde hair or her mom on a lonely beach walk. “I’ve gotten a lot softer and kinder, less critical,” she says. “But I think that’s normal. I’m getting older. And it’s heartbreaking when you love someone with mental health issues.”

Though the subject matter is personal, Spitz experiments with documenting her mother with fresh eyes. Here, she starts recording before entering the room, unsure of what will result.

The feed has amassed nearly 45,000 followers who share personal testimonies and heartfelt messages of comfort in the comments. A message from one social worker reads: “Seriously… thank you for the work you do. It sheds a poignant and meaningful light on mental health struggles. I’m a social worker for a mental health program in a homeless shelter and your images portray, in vivid yet artistic light, the emotional turmoil that the men I work with struggle with on a daily basis.”

Instagram stories offer a live-stream perspective of Spitz’s interactions with her mother.

Spitz says she often cries when reading what people have written. For her, the comments act as a kind of therapy. “In my dreams there would be a non-profit where I could provide support for my followers,” she says. “I dream big like that.”

Spitz and her mother, Deborah.

Katherine Pomerantz, who edited this photo essay, is the Director of Multimedia at TIME.