Scenes From a Last Gasp of Democracy

As Venezuela creeps toward dictatorship, is an insurgency brewing?

By IOAN GRILLO and Jorge Benezra | Photographs by TIME 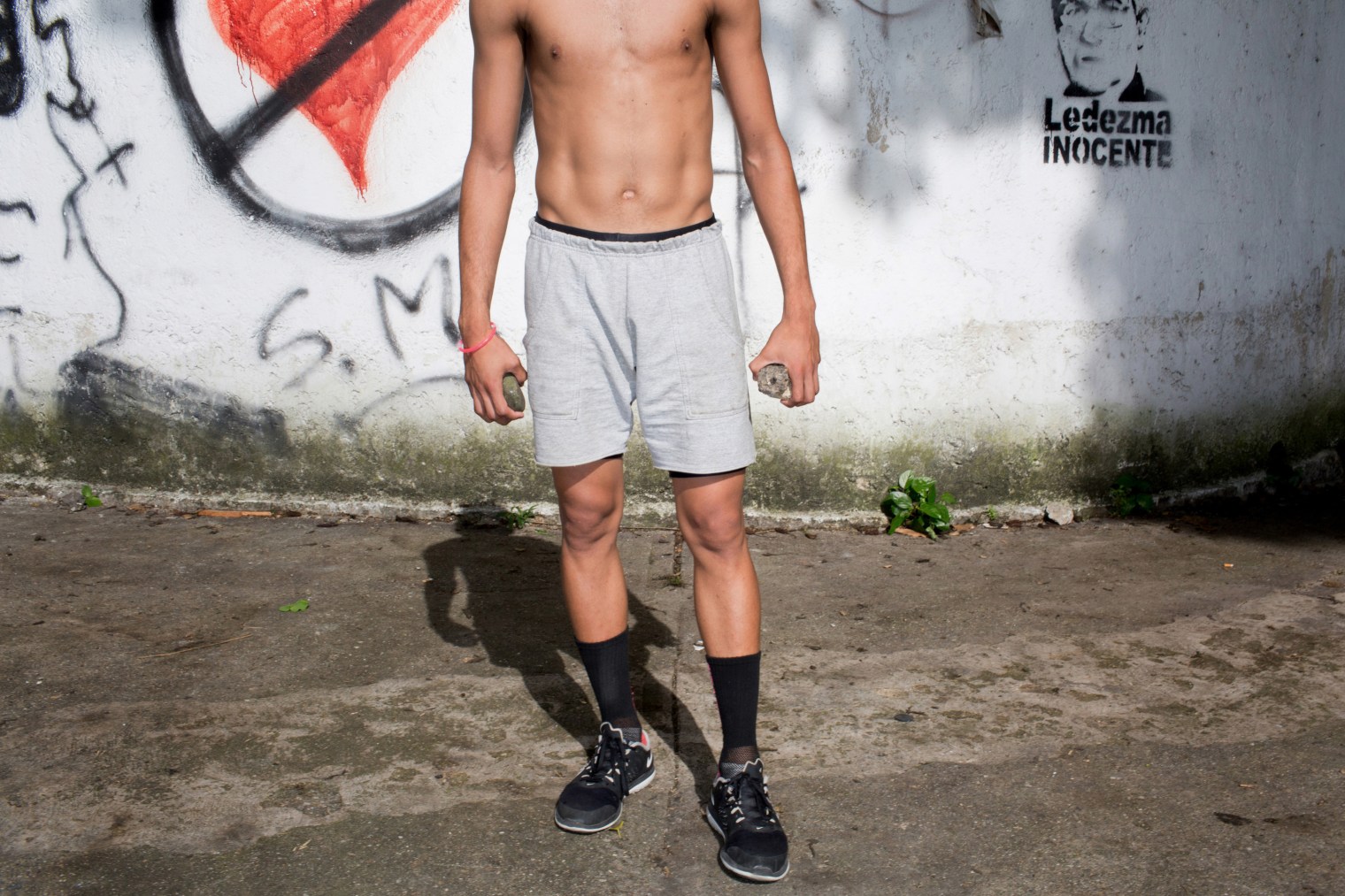 A protester carries rocks to a protest in La Castellana, Caracas, on May 1.

Before dawn broke in Venezuela’s colonial city of Valencia on Aug. 6, a convoy of SUVs pulled up to a nearby army base and a gaggle of men in green fatigues stormed out, clutching rifles. After a bloody exchange of gunfire, a number of men escaped with grenade launchers and 93 Kalashnikovs. While military helicopters searched in vain for the assailants, a video swept the Internet showing a former army captain claiming credit for the raid “to save the country from total destruction.”

The assault marked a troubling escalation from protests that have convulsed the South American nation since April, as President Nicolás Maduro creeps closer to outright dictatorship.

For months, a section of demonstrators have faced off against police and soldiers with rocks, Molotov cocktails and cardboard shields in clashes that have cost more than 120 lives. They have also dodged the bullets of paramilitary groups who claim loyalty to the socialist vision of Maduro’s predecessor and mentor, Hugo Chávez.

This latest stage of the crisis was sparked by the July 30 election of a so-called Constituent Assembly, with sweeping powers to rewrite the constitution. Opponents decried a fraudulent ballot, but many still seem committed to pursuing justice at the ballot box in governorship elections at the end of the year—a move some protesters see as a betrayal after so many have died on the street. 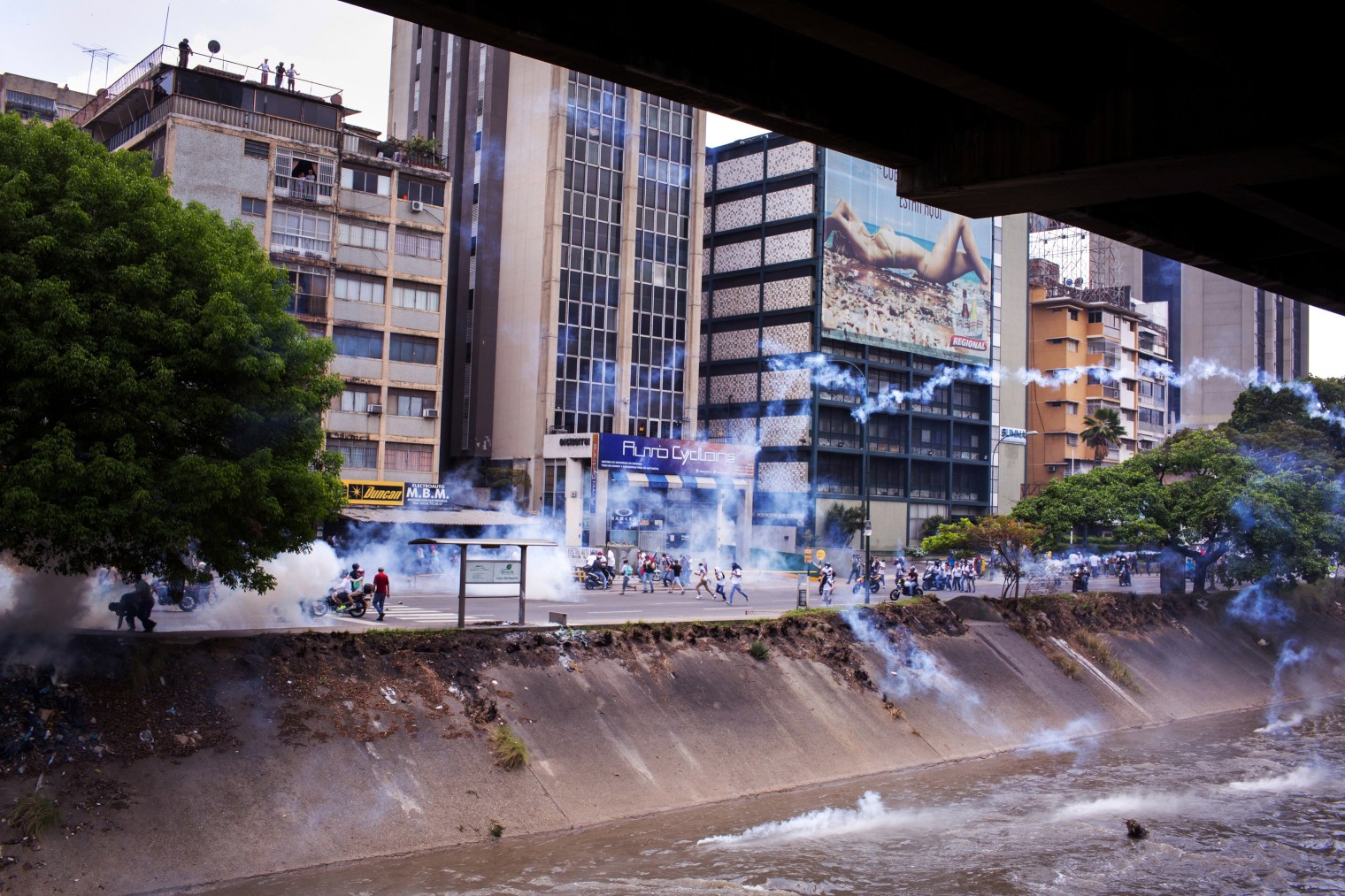 Protesters retreat from tear gas in Caracas on April 19. 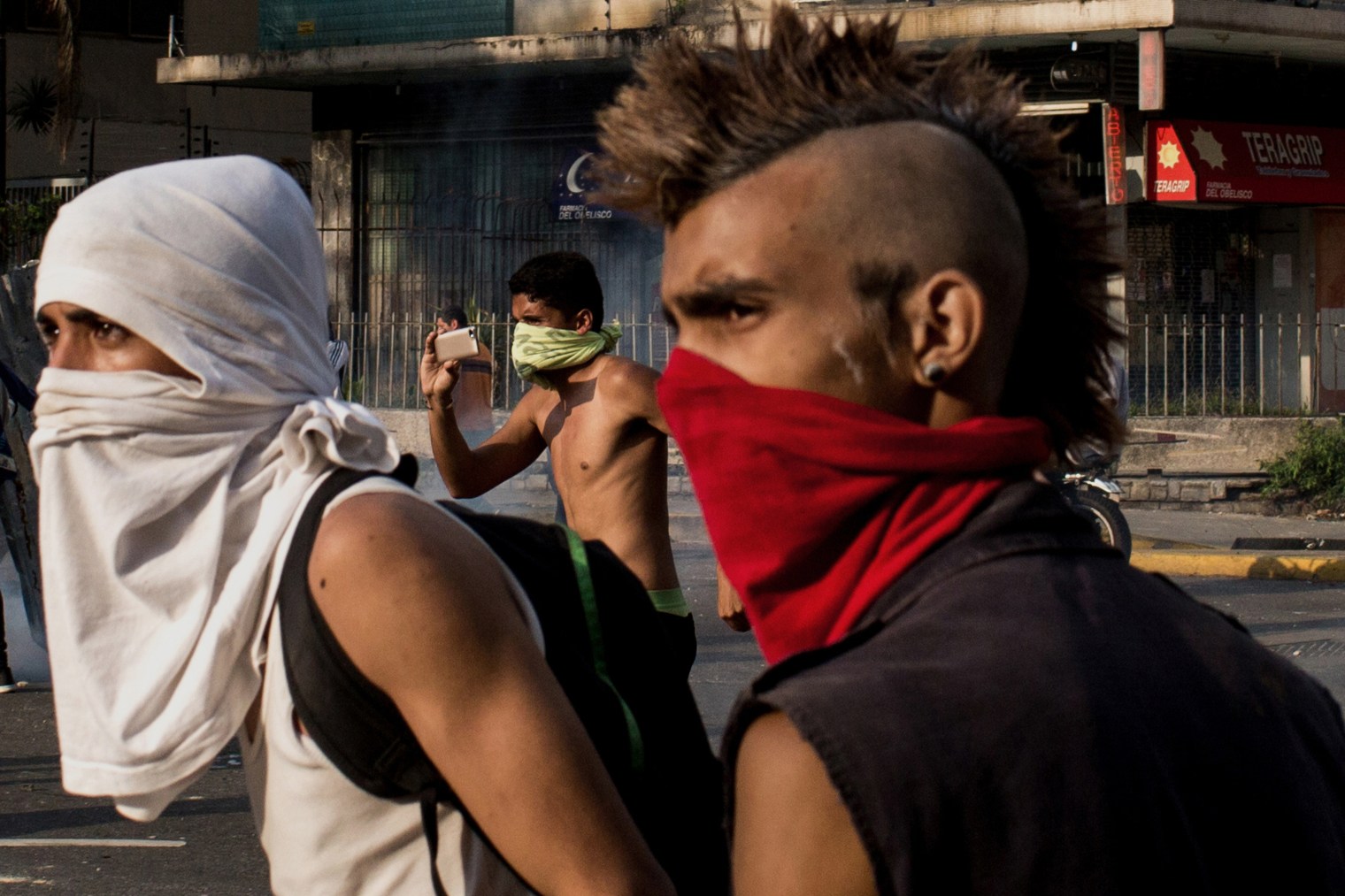 Protesters face off against Venezuela’s National Guard in eastern Caracas on April 26. 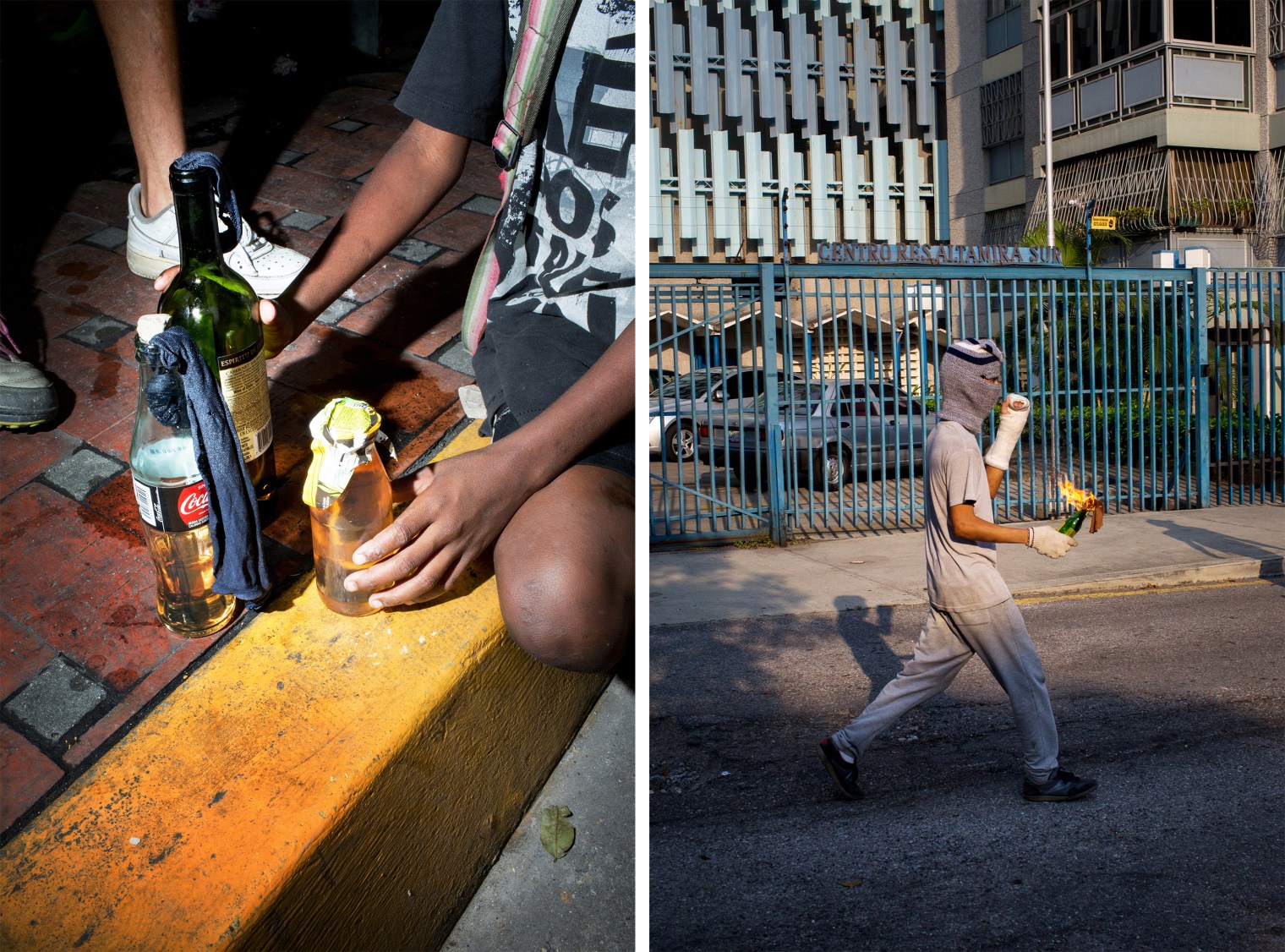 Now, after the attack on the army base, calls for insurrection are growing louder. Oscar Perez, the rogue police inspector who has been on the run since he reportedly piloted a helicopter that launched a grenade at the Supreme Court in June, hailed the uprising in a filmed interview from his hiding place. Hacked government websites urged citizens to “unite with military units and police who declare rebellion.” The streets of Caracas were relatively quiet following the assault, with residents queuing for hours to feed their families, but some did applaud the idea of an army uprising. “The military is the only hope,” said Luis Garmendia, a shopkeeper in the city center.

But there was also speculation that the raid was a ruse by the government to divert attention from its economic disaster. Despite sitting on the largest oil reserves on the planet, Maduro has steered the economy into hyperinflation that has left millions hungry and poor. He has long blamed mysterious right-wing subversives for the mess, and he did so again on Aug. 6 when he called the raid “a terrorist attack” by mercenaries financed in Colombia and the U.S., linking it to the long history of gringo intervention in the region.

‘With all this oil money, we don’t have any food to eat.’

A masked teacher attends an antigovernment protest in Caracas on July 31. 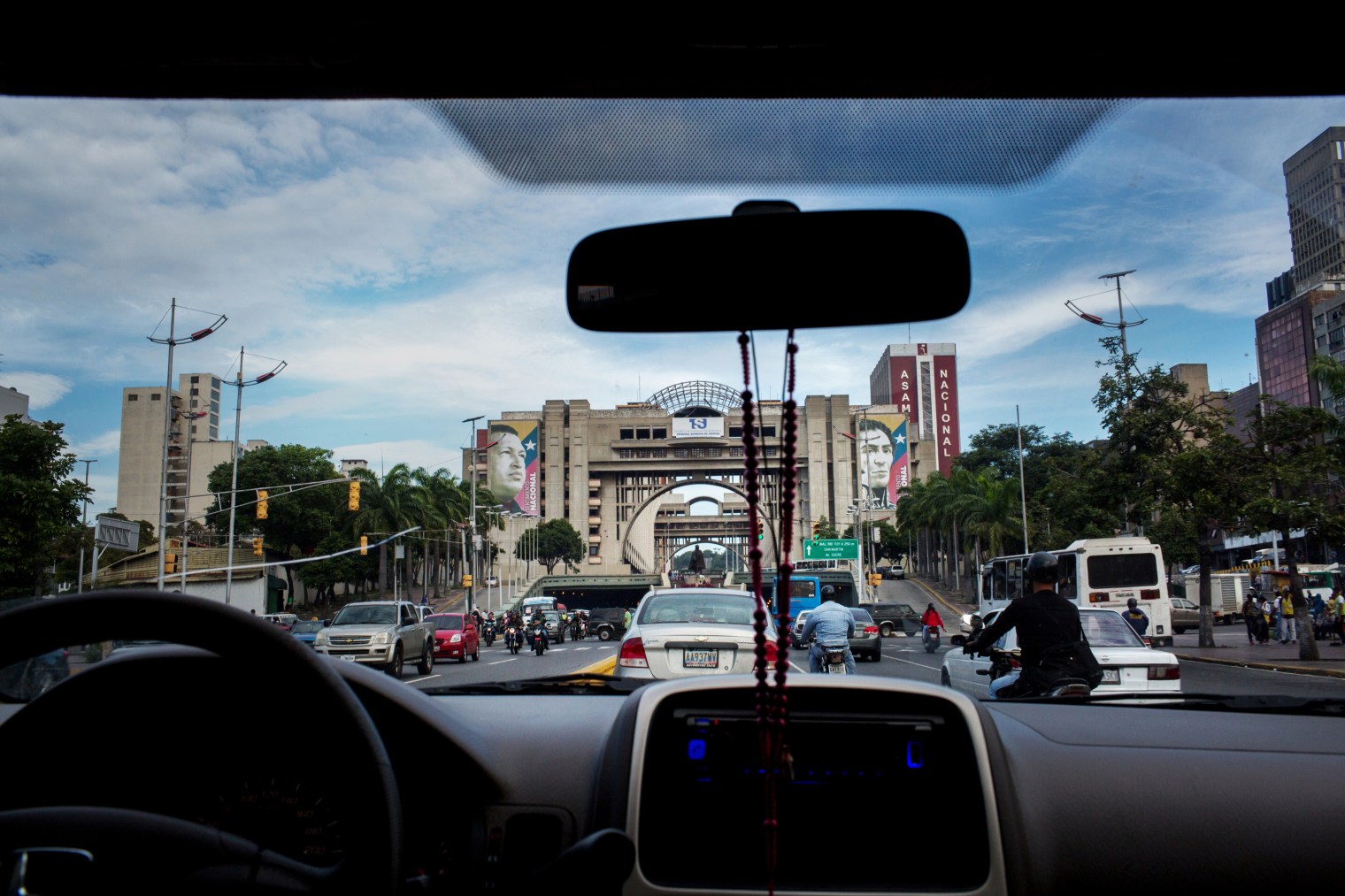 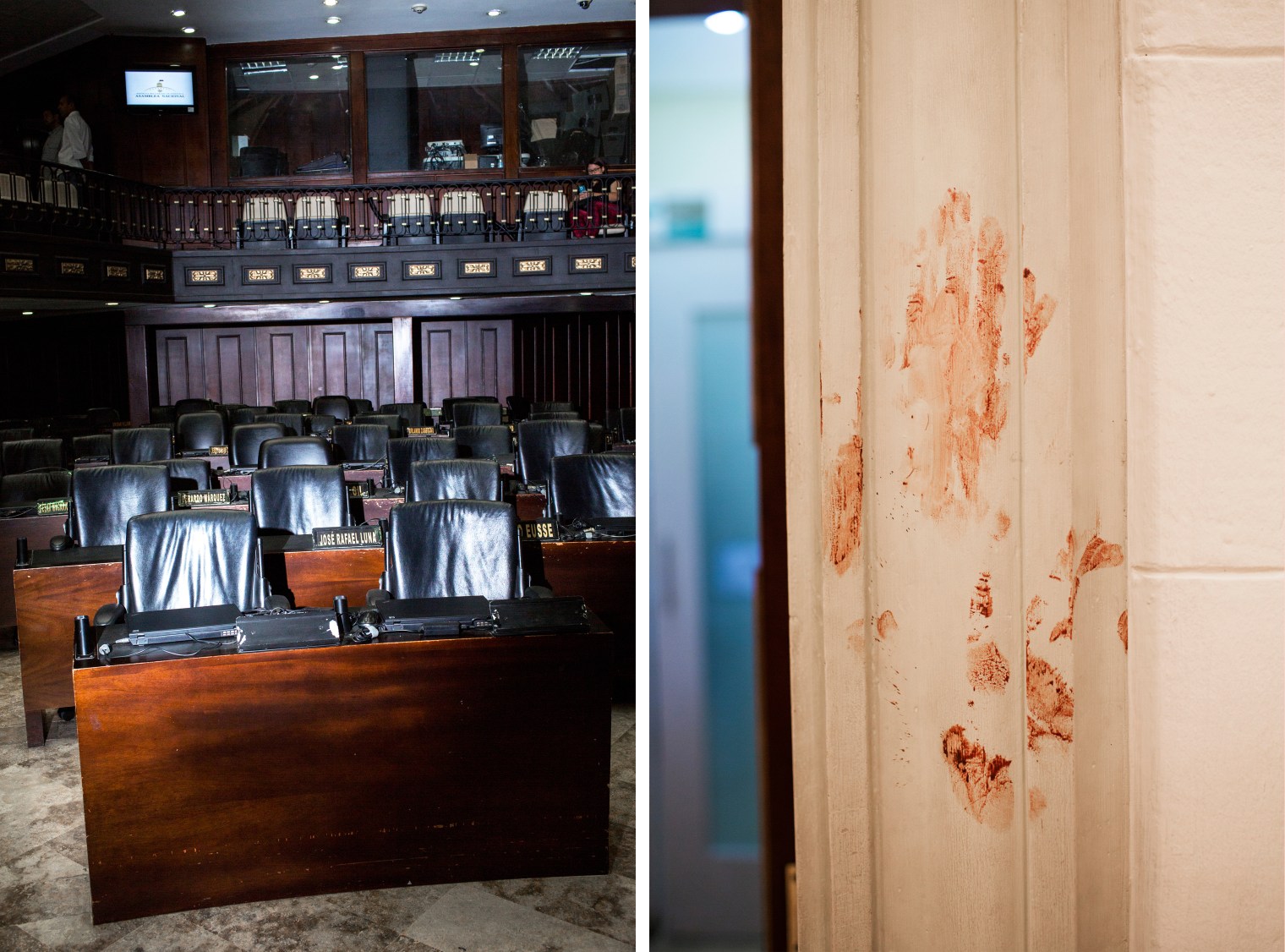 Left: Empty seats in the chamber of the National Assembly on Aug. 2. Right: A bloodstained wall in the building.

The chaotic situation in Venezuela makes it tough to predict whether the threat of a coup is real or whether Maduro and his allies will be able to cling to power for years. But there is fear an armed struggle could lead to civil war. “The scenarios of violence are something the government is pushing for by closing the channels for dialogue,” Juan Requesens, an opposition lawmaker and former student leader, tells TIME. “They are pushing toward confrontation, but it will be an unequal one. They have the arms. We don’t.”

That makes the army’s loyalties a matter of intense speculation. Chávez, a paratrooper who launched his own failed coup in 1992, put officers into his government and gave others expropriated land to win their loyalty. He also installed a Cuban-style system to watch for any dissent in the ranks, says Pedro Pedrosa, a political consultant and former Venezuelan naval officer.

Yet under the surface, Pedrosa says, many soldiers are getting angrier, especially as they repress food riots in their own neighborhoods. “Inside the military, there is much, much discontent,” he says. “In the end, it could explode.” — Benezra reported from Caracas

A woman watches protesters run from the National Guard in the Las Mercedes area on May 1.

‘If it wasn’t for my mom I would be protesting again.’ 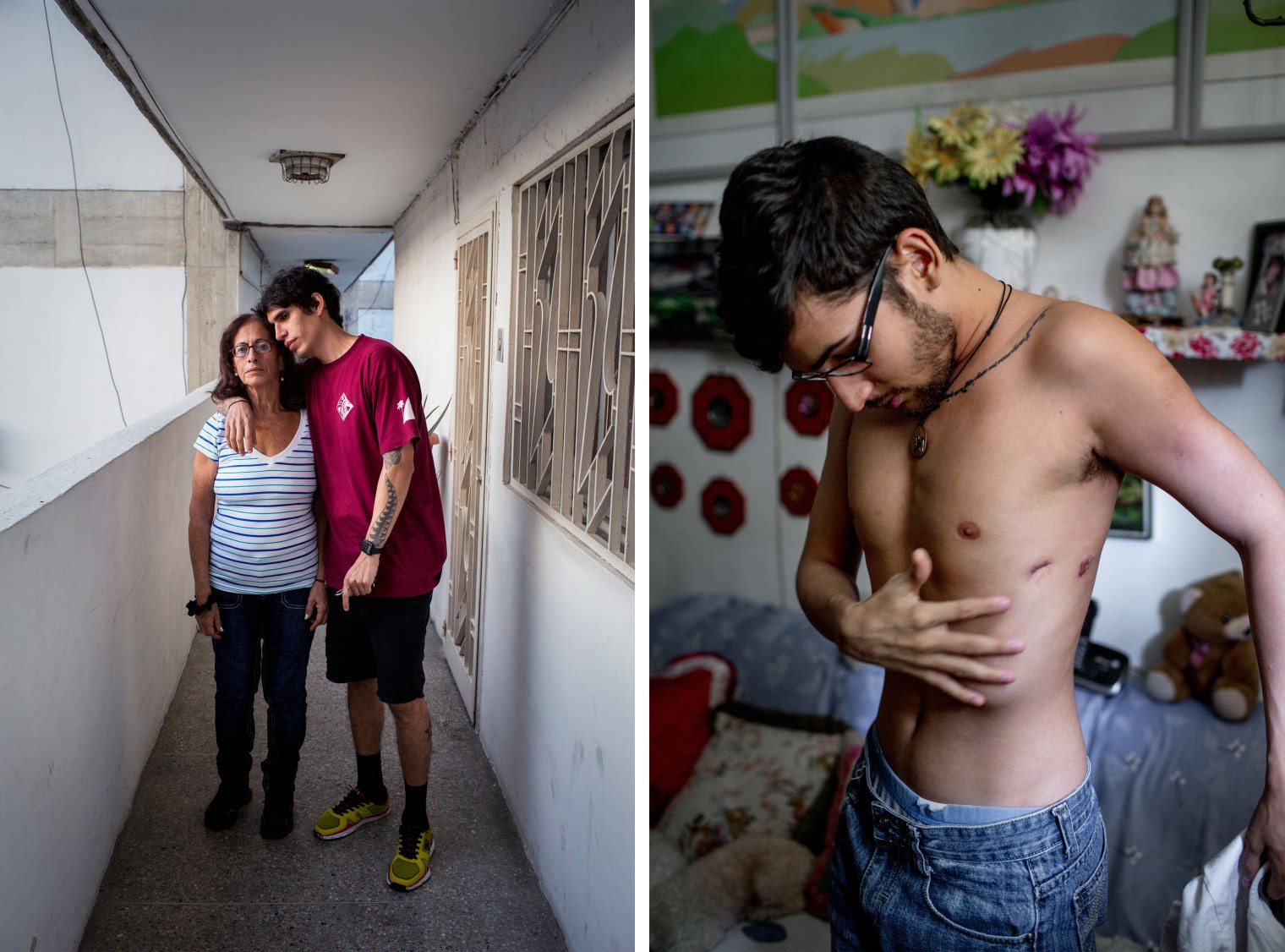 Left: “I’m tired of the protests and the barricades,” said Juan Carlos Ramos, a D.J. and clothing designer, pictured here with his mother on Aug. 1. “But if it is the price to pay to get rid of this government then I’ll pay it.” Raquel Velasquez, an opposition organizer, wishes for her family to be together again: “Our table used to be full at holidays. Now we’re spread out all over the world.” Right: Pedro Yammine, 22, shows his wounds on Aug. 2; a tank rolled over him in May.

‘When you kill a young boy, you kill the whole family.’ 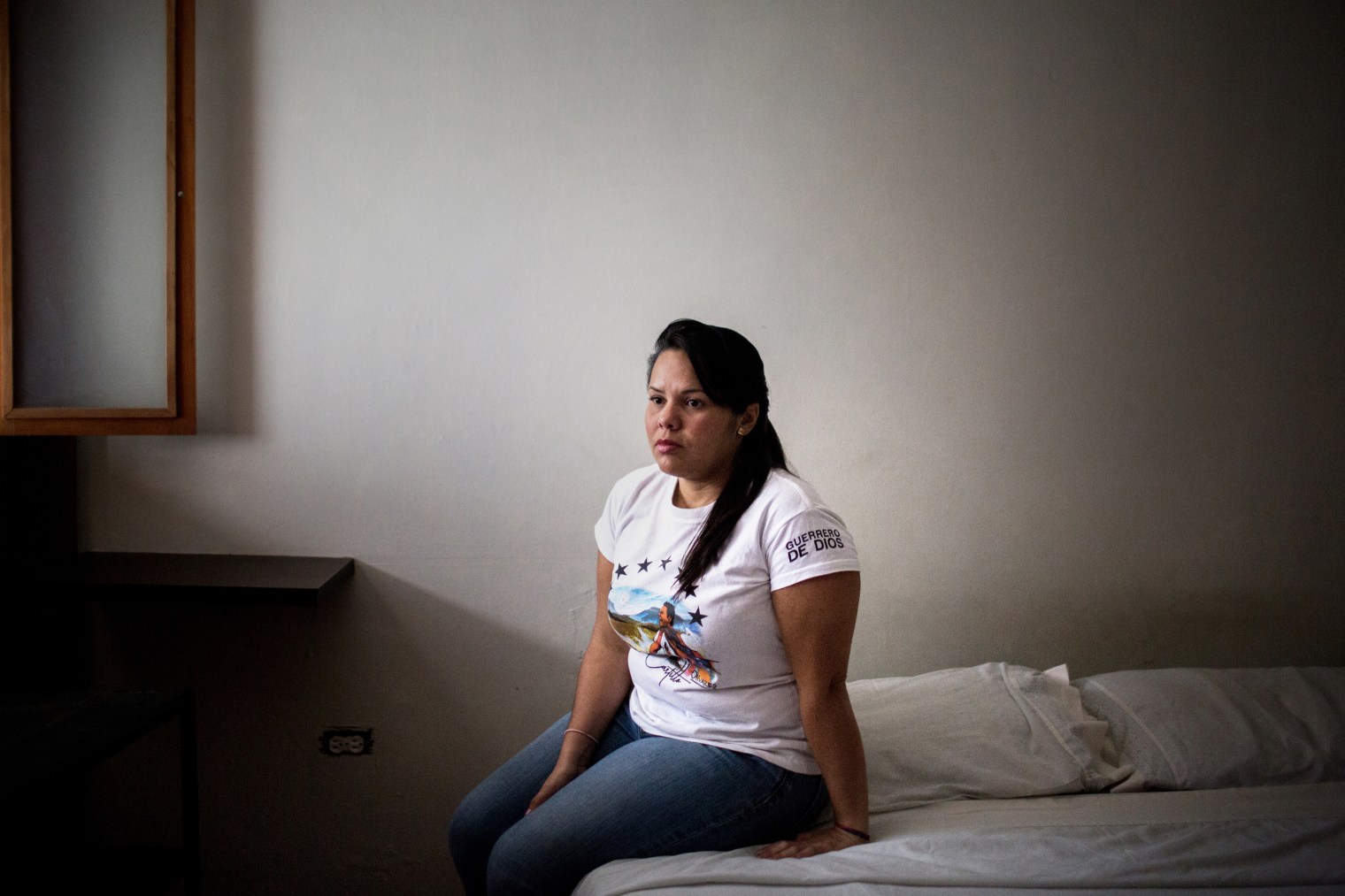 Luisa Castillo Bracho sits in the bedroom of her brother, Miguel Castillo, who was fatally shot at a May protest, on Aug. 1. 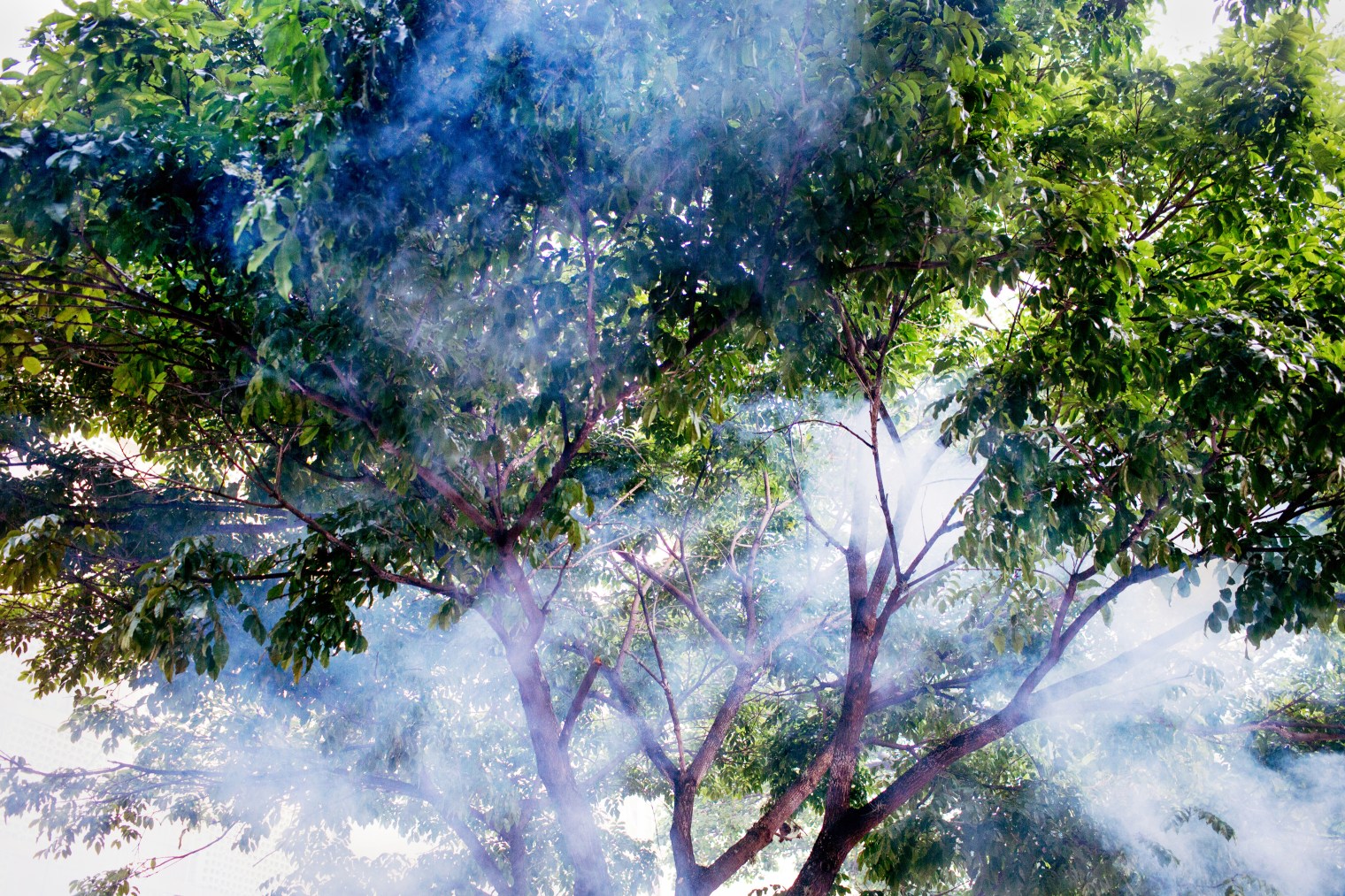 Tear gas wafts into the trees during clashes in Altamira on April 19. 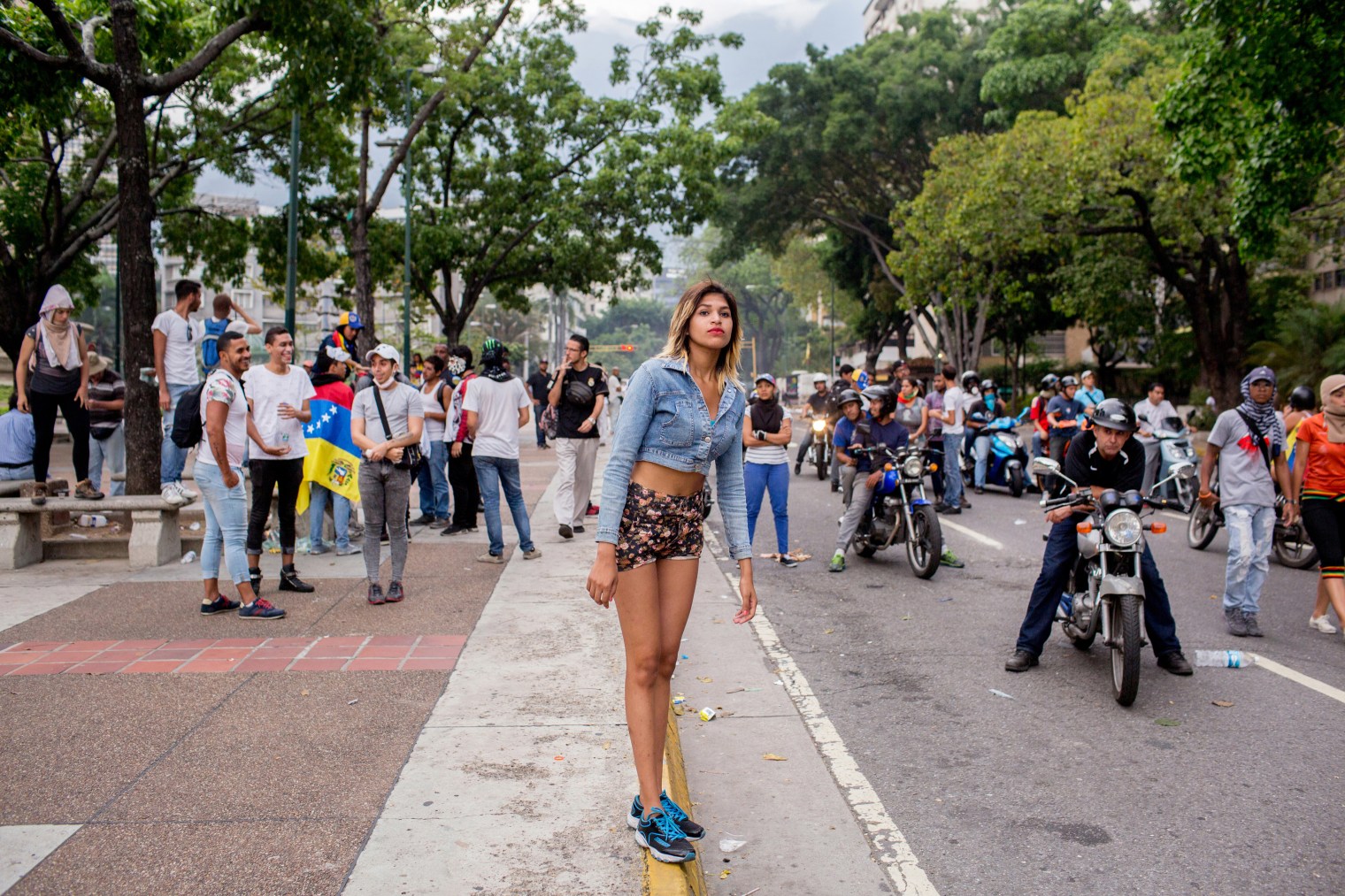 A woman stands on the curb during a protest in Altamira on April 19. 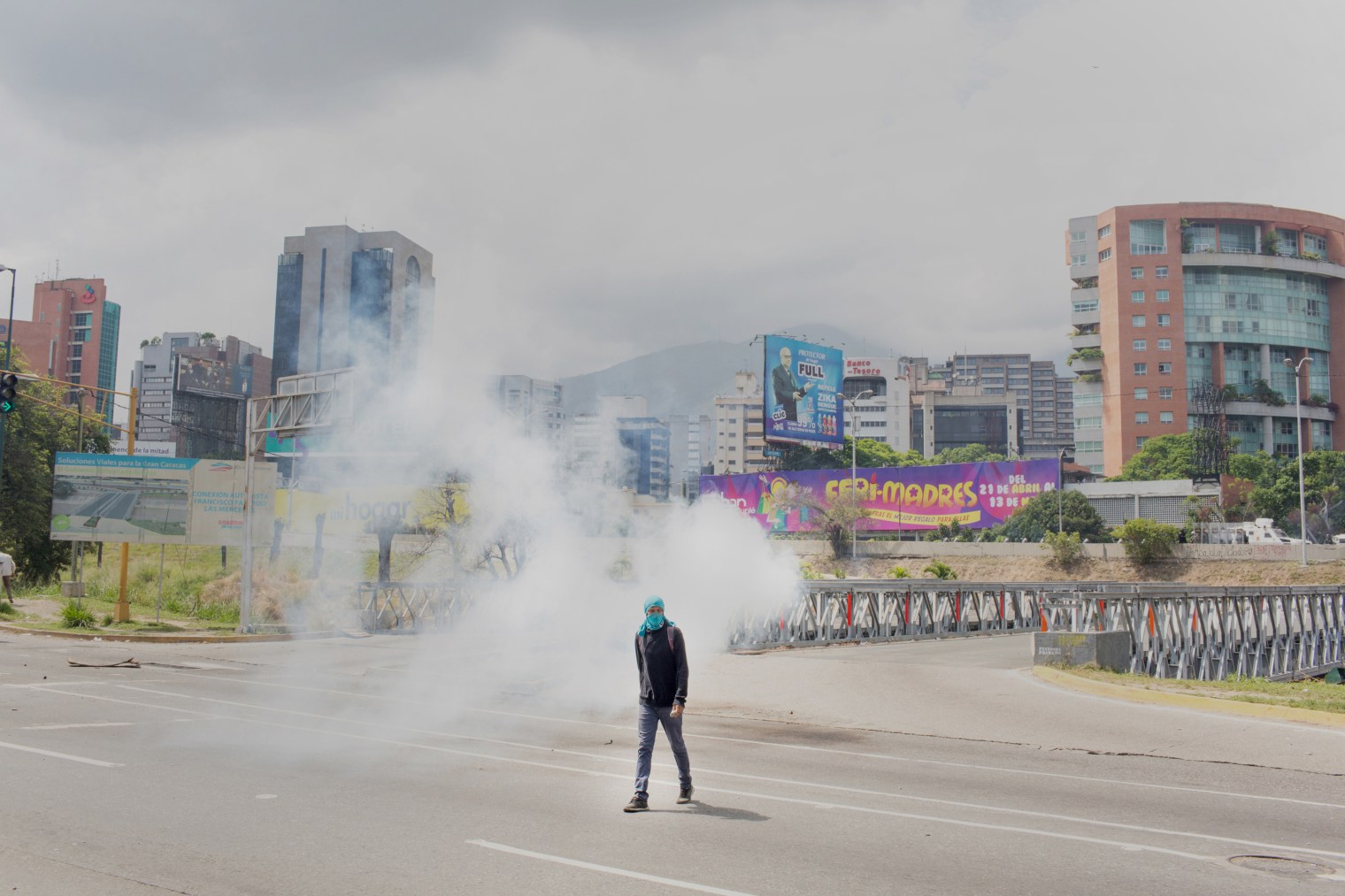 A silent march honoring the martyrs led to a clash with authorities in Caracas on April 22.