Three attacks in as many years have left movie theater operators and the public wrestling with an uncomfortable truth: The big screen is one of the last venues for large crowds in America without significant security 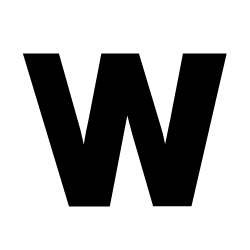 hen moviegoers in Los Angeles showed up for the premiere of the hip-hop film Straight Outta Compton this week, they were greeted by a sight rarely seen in America’s cinemas: metal detectors.

The heavy security, which reportedly included street closures around the theater, was partly a response to a series of attacks on cinemas in recent years. Over the span of two weeks in July and August, two men attacked dark theaters filled with people. At the same time, the trial for the gunman in the 2012 Aurora, Colo., shooting has been in the headlines. In total, three incidents in three years have left 16 people dead and more than 80 injured.

These incidents have left movie theater operators and the public wrestling with an uncomfortable truth: The big screen is one of the last venues for large crowds in America without significant security. Airports have body scanners, malls have security guards, schools have monitors and, increasingly, metal detectors. Movie theaters, however, like churches, remain largely unguarded. They are also dark and dense, and exits can be hard to locate.

James Holmes, the gunman who was convicted and sentenced to life in prison this year for the 2012 Aurora shooting at a Dark Knight Rises showing that killed 12 and injured 70, understood this dynamic himself. Entries from his diary presented at trial showed him weighing whether to attack an airport or a movie theater. He rejected the airport because airports have “substantial security,” while the theater he chose is “isolated” and “large.”

“Movie theaters are attractive because for the bad guy it’s like shooting fish in a barrel,” says David Katz, who runs Global Security Group, a New York-based security firm that consults with movie theaters. “Under the best circumstances, you still can’t empty the theater quickly. In an emergency, everyone is pushing toward the same door, thousands and thousands of pounds pushing them along in a very confined space.”

Security experts note that movie theater operators have been asking how to better protect their locations ever since Aurora. Those inquiries picked up again following the two attacks this summer—the July shooting at a Trainwreck screening in Lafayette, La., that ended with three deaths, including the gunman, and the attack this month during a Mad Max: Fury Road showing near Nashville, Tenn., that left two people injured and the suspect killed by police.

The incidents have left some moviegoers on edge. Constance Daglis, 35, likes to go by herself to matinee showings in the Battery Park neighborhood of New York City on weekend afternoons. “But after seeing the news,” about the Lafayette shooting, she says, “I thought maybe I’ll just wait until Trainwreck comes out on Netflix.”

But early signs indicate that the security for the premiere of Straight Outta Compton, a movie that focuses on gang violence and police brutality, may prove the exception rather than the rule. Concerns about the cost and feasibility of sending millions of Americans through security screenings at a time when ticket sales are already down could prevent any large change, security experts say.

“We’ve addressed this issue with a number of movie theaters,” says Katz, of Global Security Group. “Here’s the tension: Can you make it so that every movie theater is relatively—not 100%—secure? Yes. But it’s going to be at the cost of implementing intrusive measures, armed guards, metal detectors. It’s a very difficult situation striking the right balance.”

John Devino, director of operations at the New York-based security firm Global Security Services, says theaters are looking at costs, too. “It does affect their bottom lines, and they run on slim margins as it is.”

In the immediate aftermath of the latest incidents, some local theaters and chains took precautions like asking customers to leave backpacks at home. A spokesperson for SMG, a Texas-based movie theater chain with 23 theaters across the U.S., says it employed more guards at its theaters in response to the Louisiana shooting. But so far, major changes—such as metal detectors or guards at cinemas—have not been proposed publicly by major movie chains (AMC, Regal and Cinemark, which together account for about 42% of movie theaters across the country, did not respond to requests for comment.) A spokesperson for the National Association of Theater Owners said, “The safety of our guests and employees is, and always will be, our industry’s highest priority.”

Criminal psychologists and other experts point to a couple factors to explain the recent attacks. For one, the shooting in Lafayette and the attack outside Nashville—in which the suspect was killed by police after attacking people with a hatchet and pepper spray—both occurred during the Holmes trial.

“They smell a little [like] copycat[s] because the Holmes case has been so much in the media lately,” says Daniel Antonius, a professor at University of Buffalo who studies forensic psychiatry. “You wonder if these people, who are mentally disturbed, in their own minds feel like it’s a quick way to get 15 minutes of fame.” 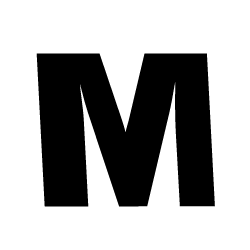 ovie theater violence has been thankfully rare over the years. There have been occasional killings when gang members or groups of teenagers brawled in the lobby or in screenings themselves. A few of these incidents have resulted in the deaths of innocent bystanders, like at a showing of The Godfather Part III in New York City in 1990. Attacks by loners with a mental illness are much rarer: James Kirby shot a woman in the back during a 1994 screening of Schindler’s List in San Diego because he said he wanted to “test God.” A medical student named Mujtaba Jabbar murdered a man sitting in front of him before asking the theater manager to call the police during a 2006 screening of X-Men: The Last Stand near Baltimore. But the Aurora shooting is believed to be the first mass attack on a theater.

Antonius says movie theaters could be an easy target for attacks by people with mental illnesses who view films as holding some symbolic importance. “Holmes has some sort of preoccupation with Batman and the Joker, so that’s why he went there,” Antonius says. “I think movies can represent certain world views or political views that it’s easy for these shooters to latch onto as a sort of symbol of whatever they are for or against.”

It’s these fears that are driving at least one elected official—if not the theaters themselves—to find ways to protect moviegoers. Barbara Norton, a Louisiana state Representative, is working on legislation that would require metal detectors at movie theaters across the state. Norton, a Democrat who also hosts a radio show, says she spent the morning after the Lafayette shooting fielding calls from locals demanding that politicians do something to increase safety at theaters.

“I felt that something needed to be done to protect our children and grandchildren,” says Norton, who represents the Shreveport area, near Lafayette. “A metal detector would save lives.”

The most prominent responses to these incidents have come from the stars of the movies themselves. Christian Bale, who played Batman in The Dark Knight Rises, went to the Aurora theater and visited with survivors in the days after the 2012 shooting. Amy Schumer, who stars in Trainwreck, is teaming up with her cousin, New York Democratic Sen. Chuck Schumer, on a fresh push for more gun control measures.

But audiences aren’t clamoring for change. A recent survey of 250 people conducted by research firm C4 several days after the Lafayette shooting found that while 34% of moviegoers said they believed theater lobbies should have security personnel and metal detectors, only 13% of respondents would be willing to pay $3 more per ticket to fund that changes. (Customers purchased an estimated 1.26 billion movie tickets in 2014, the lowest since 1.21 billion in 1995. Meanwhile, the price of the average movie ticket climbed to $8.12 last year—more than a monthly Netflix of $7.99 for the first time ever.)

There’s no evidence that these events are hurting ticket sales; 85% of people from the survey said the Lafayette attack would have no impact on their movie habits. “When the [Louisiana shooting] happened, we didn’t see any of the domestic box office figures directly affected,” says Antoine Ibrahim, a spokesperson for Rentrak, a box office analytics firm.

Meanwhile, at least some of the millions with ticket stubs in their pockets are on alert. A couple people who barged into a showing of The Gift in Newport Beach, Ca., last Saturday sent audience members scrambling in panic when one culprit held up a large, loud object, police said. It turned out it was just a leaf blower, but at least two people were injured in the scramble for the exits. A witness told one television reporter that she “expected shooting to start at any moment.”