Behind the Goddess Myth

To view Erik Madigan Heck’s portrait of motherhood is to drift into a modern fairy tale. His wife as a pre-Raphaelite vision. His child, a cherubic babe with blond curls. They appear to exist on a higher plane of domestic bliss.

Fashion photographer Heck, whose image from his personal work is on this week’s cover, talked about its creation with TIME. “The picture would be different if it was constructed,” he says of the photo of his wife, Brianna Killion, and their son Winston. “But we were just lounging around outside and she was breastfeeding and I think my camera was on the table and I just grabbed it.” Adds Killion, “Part of the reason we were naked outside is because Winston has diaper rash and you’re supposed to let them air dry out in the sun. And he seems to enjoy just being naked!” 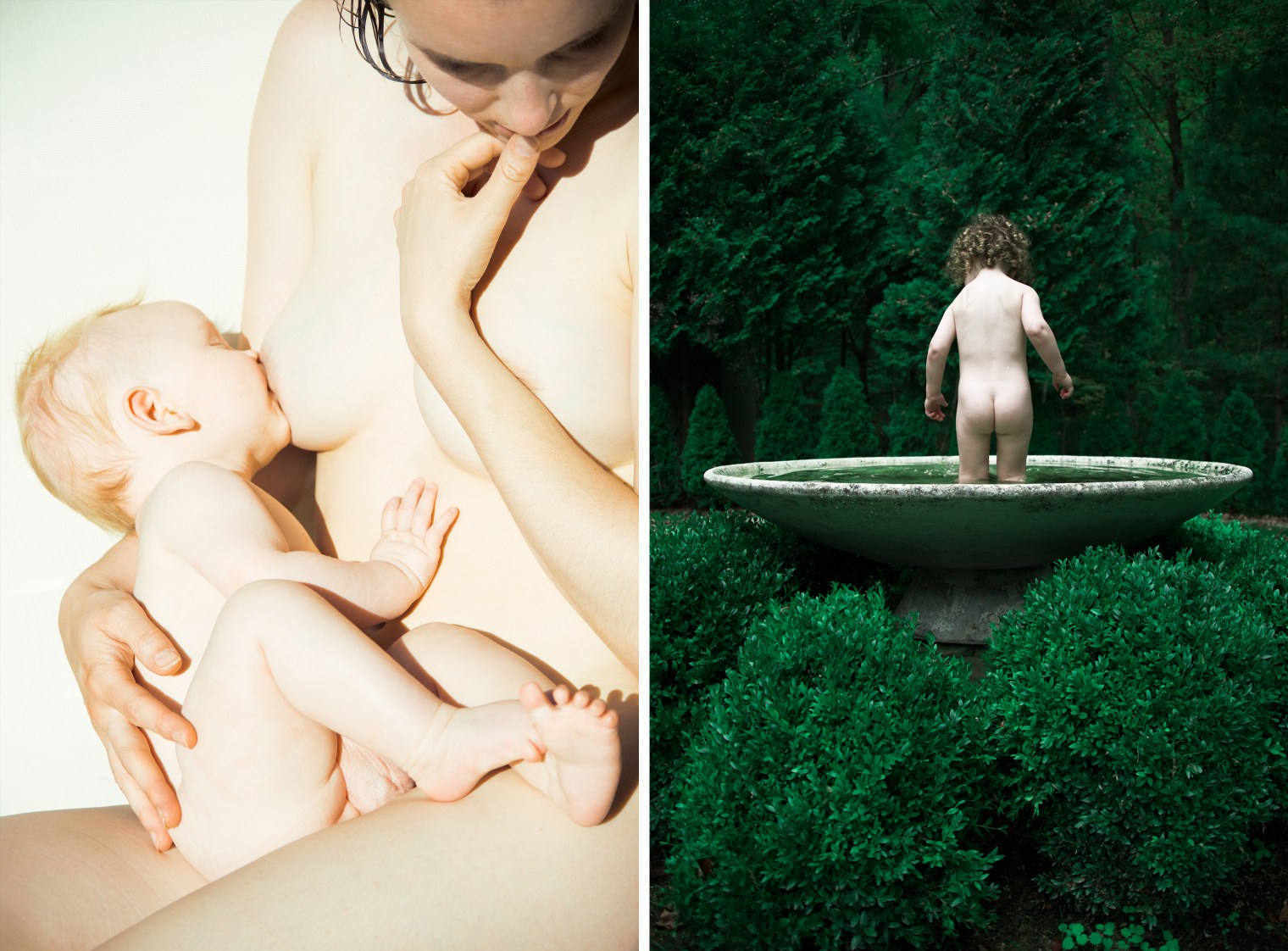 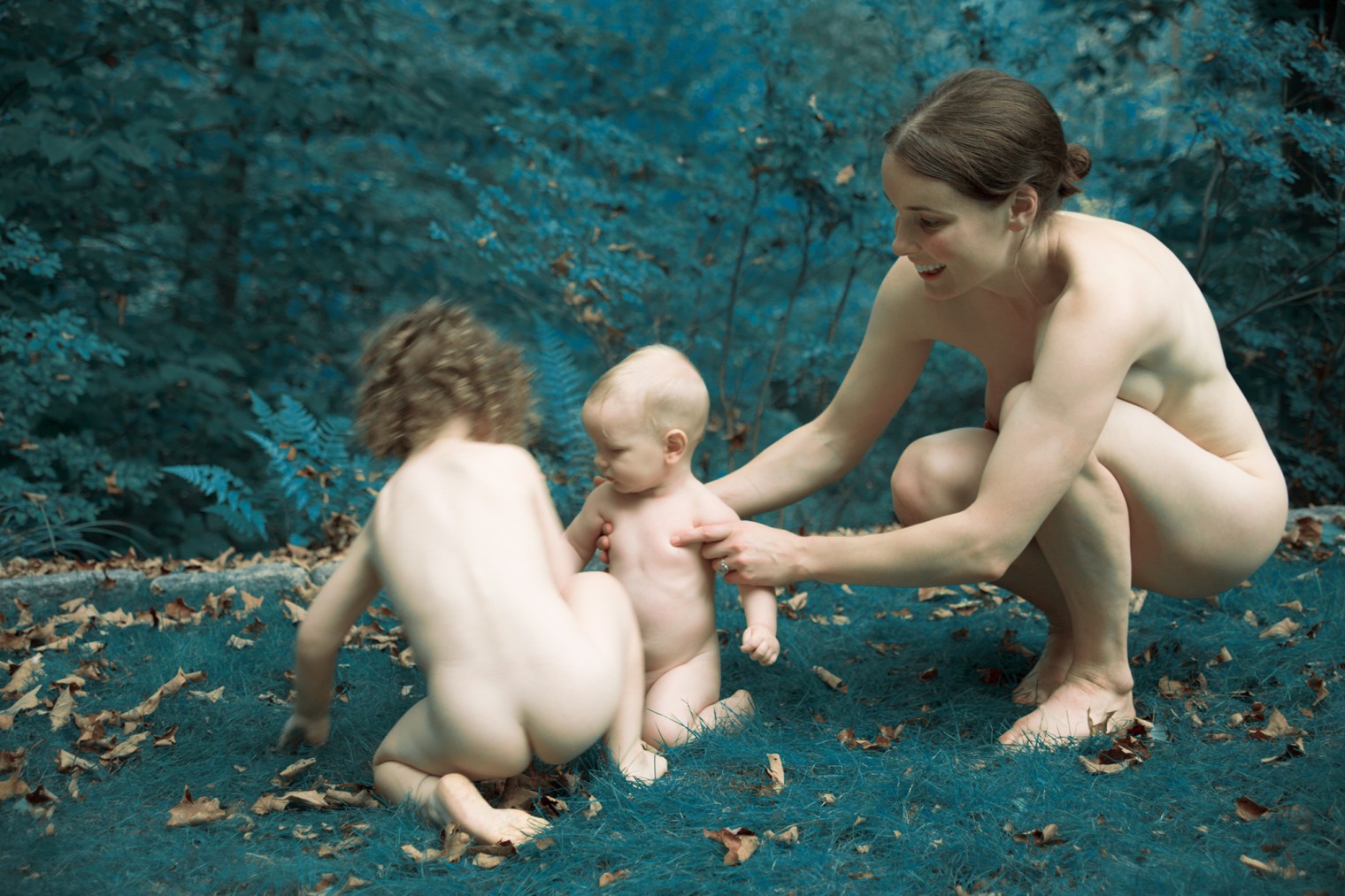 This intimate exchange between husband, wife and child, complimented by August light streaming through the trees, makes an expressive picture. While Heck may be photographing his family, he’s looking through the lens as an artist. “I see it in an art-historical context of paintings referencing Madonna and Child all the way back to 15th century Flemish paintings,” says the 34-year-old father of two. Killion, 31, says she finds the process collaborative: “This summer we realized that we could make beautiful art together using our every day life. Just in our backyard or even in our bedroom upstairs.”

Heck’s photography has a distinctive aesthetic but these images– unlike his fashion work, which has appeared on the covers of TIME, Harpers Bazaar and New York Magazine–are intensely “real.” They are stripped of the artifice of a lit studio, of costumes and sets. They’re simple nudes in nature. “A lot of my fashion work is very set up and is the opposite in terms of methodology. I’ll sketch out sets and come with references,” says Heck. “Whereas this, it’s really just about being in the moment, about the light, her body.”

This method of allowing a picture to take its natural course is reflective of Heck and Killion’s approach to parenthood. Though Killion had hoped for a “natural” birth at home, she ended up having two C-sections in a hospital. She says she was ultimately happy to do whatever was best for her and her baby. “For us, birth just had to be what it was,” adds Heck. “We didn’t really have any preconceived ideas.”

Heck’s family portraits flirt between reality and fantasy. The Connecticut forest backdrop of his home isn’t quite nature as we know it: woodland greens become turquoise blues and blushing pinks become coral peach. “Color has always been one of the most important things for my work—and up here it’s the changing of the seasons too,” he says. “So I’ll take what’s already there and I’ll elaborate. I‘m not inventing things that aren’t there, just pushing them in certain directions.”

Heck’s relationship with color stems from a life-long love affair with painting. “For me painting was always more about the color,” he says. “And I think that’s where my photography crosses over; how you can push color in a way that a painter can with a brush.” He painted as a child, learning from his mother. “The first painting of hers I saw was of a nude mother on a cyan background, with a red piece of cloth. That hung over my bed when I was a kid and now hangs over Winston’s crib,” he says. “It looks a lot like the photos I’m now making of Brianna.” Painters like Edouard Vuillard, Michael Borremans and Marlene Dumas as well as photographer Harry Callahan also influenced him.

Away from the chatter of the photographer’s studio, Heck has returned to the pragmatic approach that defined the start of his career. “My work started out with just always having one person and myself and doing it really DIY,” he says. “It’s very freeing because any moment we could be upstairs and then I could just see the light come through a window and be just like, ‘Oh, this is great, let’s make a picture.’” 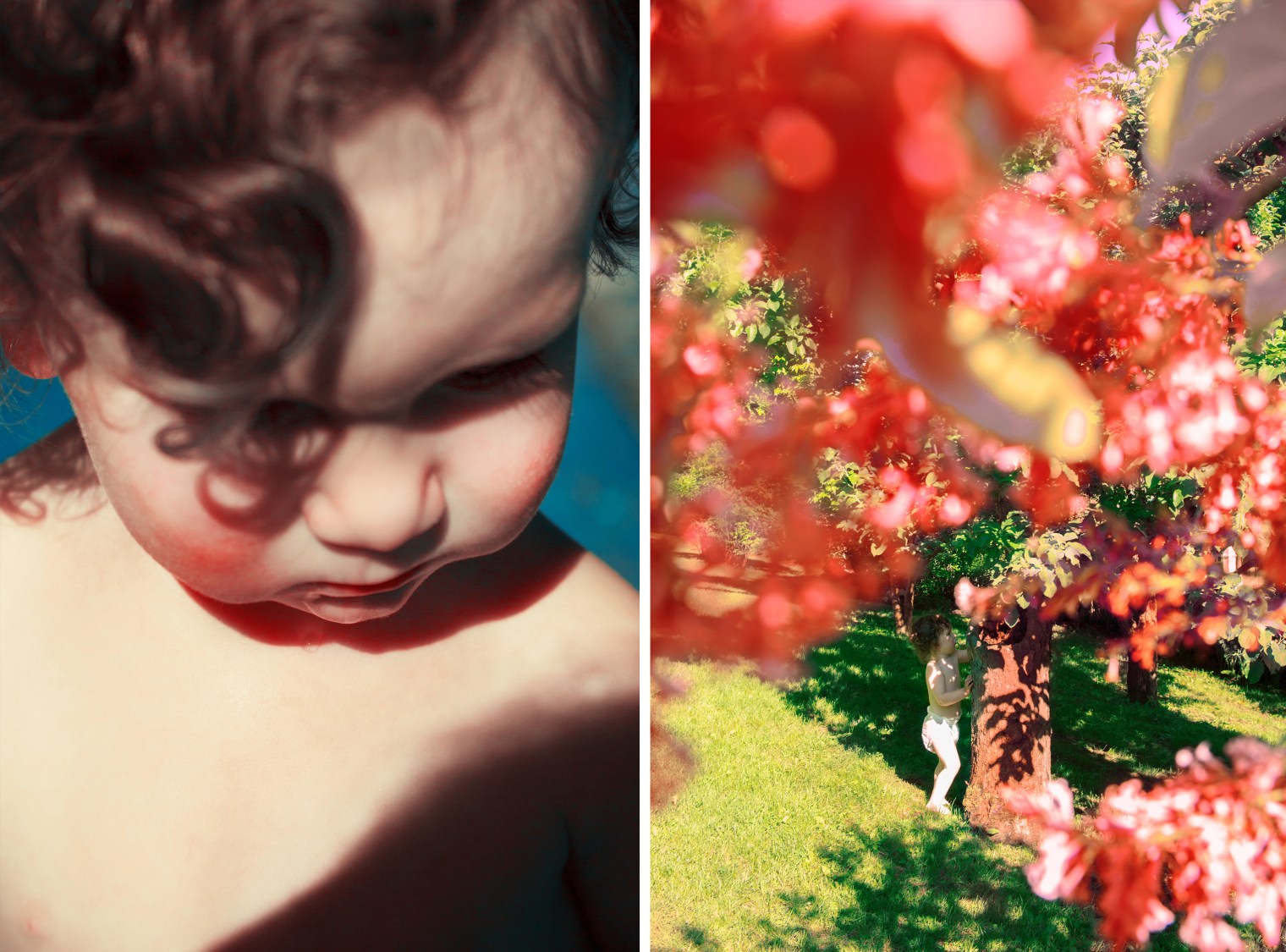 Erik Madigan Heck is a fashion and portrait photographer based in Connecticut. His book of this work, titled The Garden, will be published by Thames & Hudson.