You Will Always Have My Heart

Photographs and words by Melissa Spitz

When I was 7 years old, my mom was institutionalized.

My dad was away on business, my brother was campi­ng with friends, and I, like any child that age, trusted my mom. For three days in a row she had been calling the police claiming people were in our house trying to kill us. I hid with her, stayed quiet with her, and then, when the paramedics showed up to wheel her out of our house on a stretcher, I was alone. I was sent to stay with the neighbors until someone came to claim me. I don’t think I slept during those days without my family (to this day I’m a bad sleeper). When my Dad came home three days later, he found the house empty. He got in touch with a neighbor and collected me and my brother. 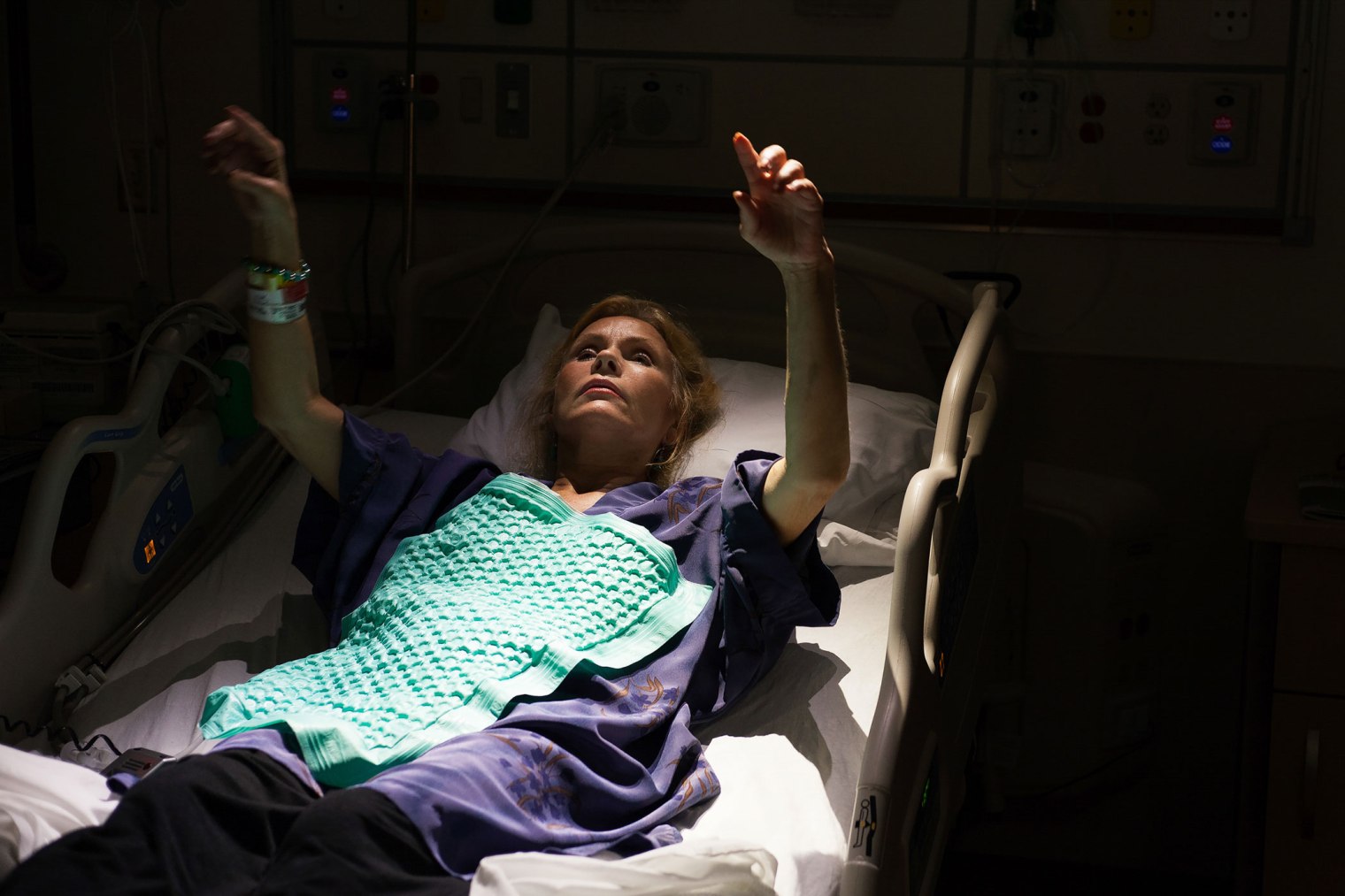 Mom praying to Jesus that she gets better.

My dad took my brother and me to the mental institution to see my mom. I remember the walls were yellow and it smelled terrible. She had a roommate I never saw; a curtain separated the two of them. We didn’t know it then, but our entire lives were about to change. My dad stepped away from a high-earning sales role at a budding technology company to move us back to the Midwest to be closer to her family. He hired a nanny so that my mom didn’t need to do anything. There was a seemingly endless number of prescription drugs and frequent hospital visits. Over the years she has been diagnosed at various times with paranoid schizophrenia, depression and bipolar disorder. 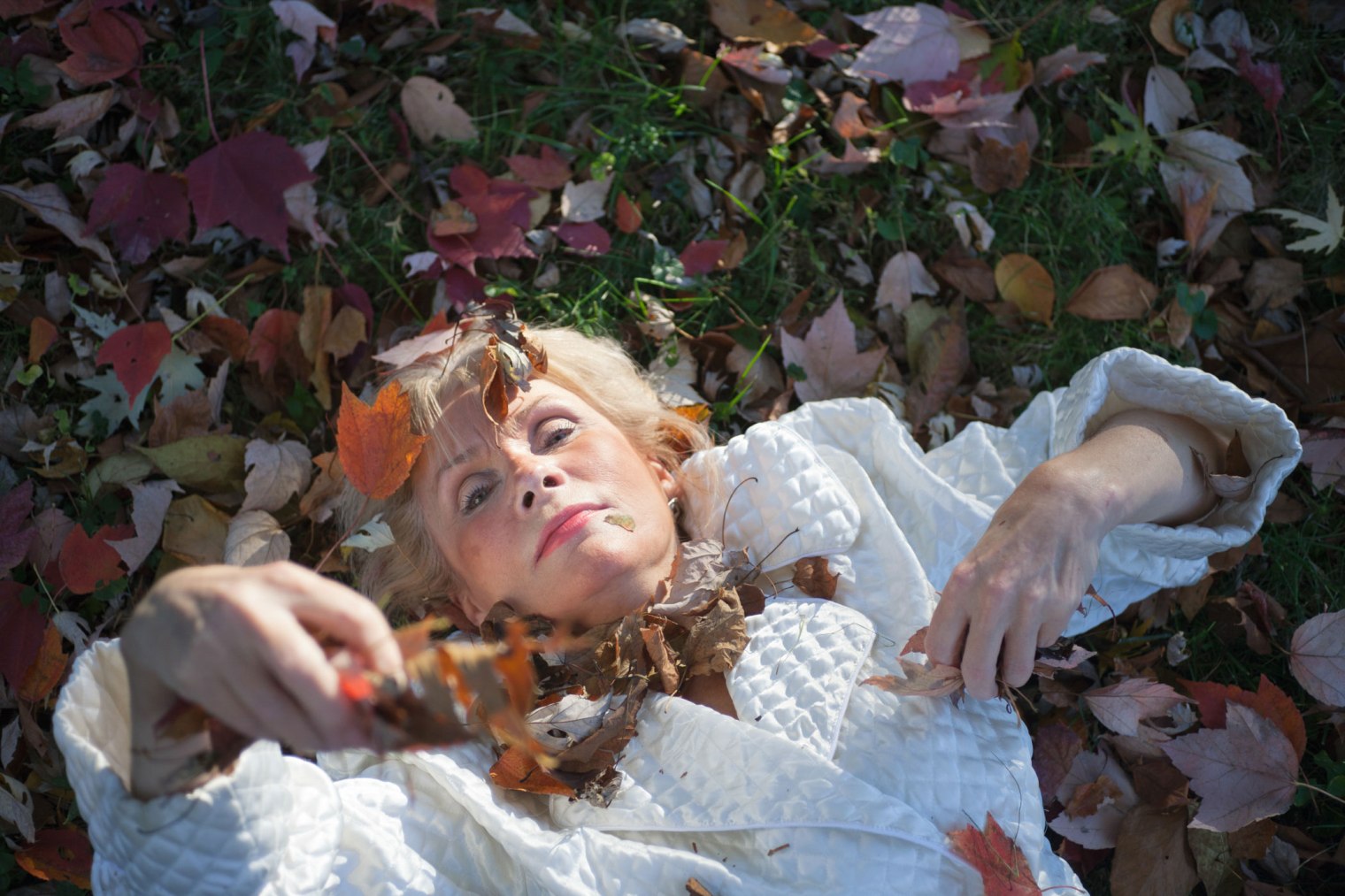 Mom laying in the backyard.

My mother wasn’t always scary. She’d buy me cigarettes when I was 12 so my friends and I wouldn’t get in trouble trying to buy them ourselves, she’d give us wine coolers and beer; I could shop endlessly with her credit card. For a brief moment when I was a teenager, she was cool. But there were also times when she screamed at my friends. There was the time she threw scissors at me and then pinned me to a wall after she found out I’d told a friend that my parents fought a lot. She’d get so drunk at the mall I had to learn to drive home at 14. My mom would pass out everywhere. In the pool, in the craft room, on the porch, behind the wheel. She crashed into a gas station attempting to get cigarettes one afternoon and my friends knew before I did.

When she was diagnosed with breast cancer the year of my bat mitzvah, the idea that I was becoming an adult took on a whole new meaning. I told my dad to divorce her. As paramedics again wheeled her out the front door, I said, “I’d rather see you apart than fighting every night.” Their divorce was final in 2006, my senior year of high school. 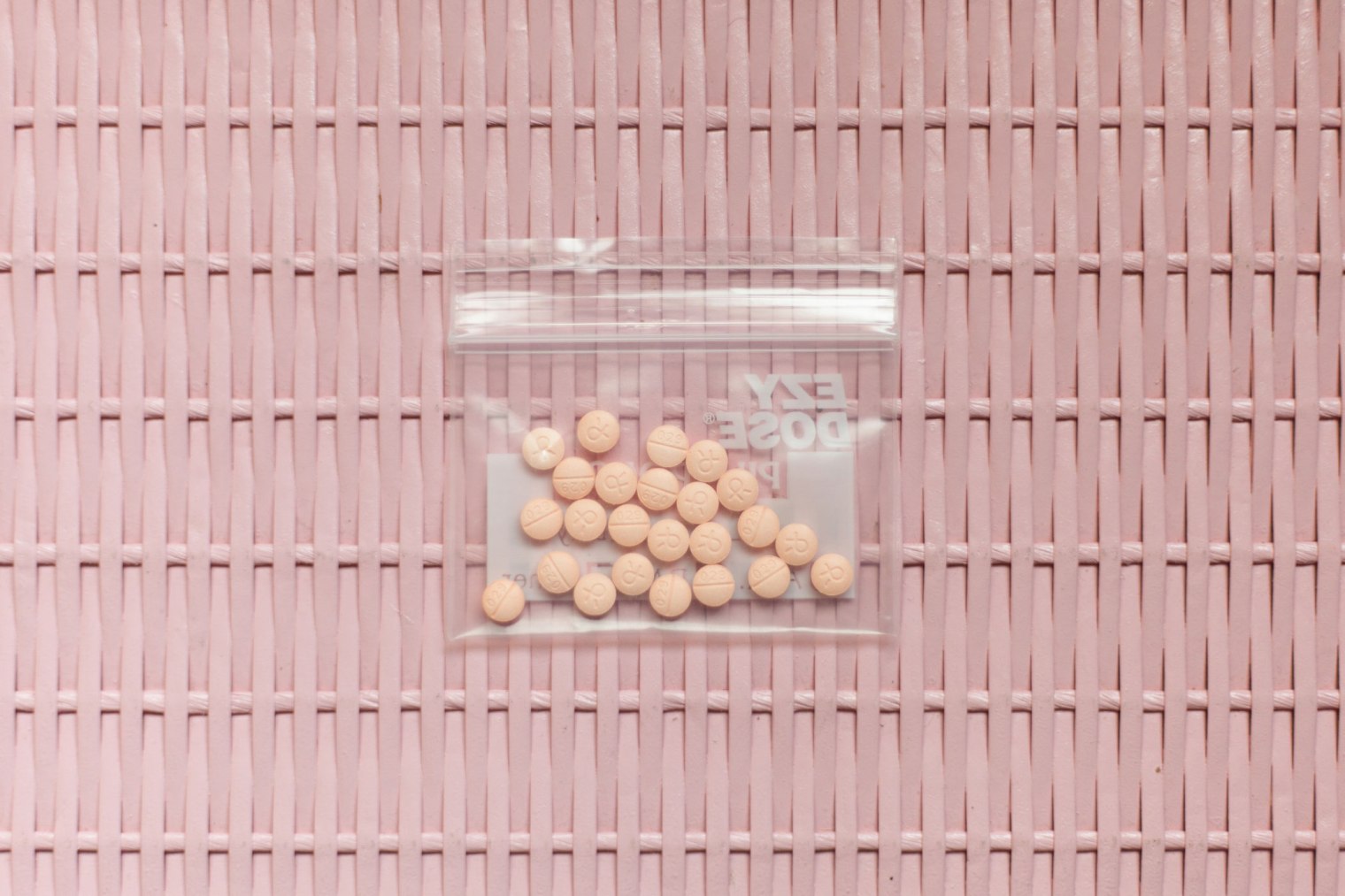 I remember watching shows like Intervention and thinking, This is happening right upstairs. So, in 2009 when a photography professor gave me an open-ended assignment to shoot something “Private” I decided to take my camera home with me for the first time. I started photographing my mother out of anger.

I worried that taking pictures of her was wrong. After all, my mom was drunk constantly. But after all the years and abuse I finally felt entitled to my own perspective. I’ll never forget my professor’s expression as he scrolled past the first image of my mom. “What is this?” he asked. I responded, “That’s my mom.” 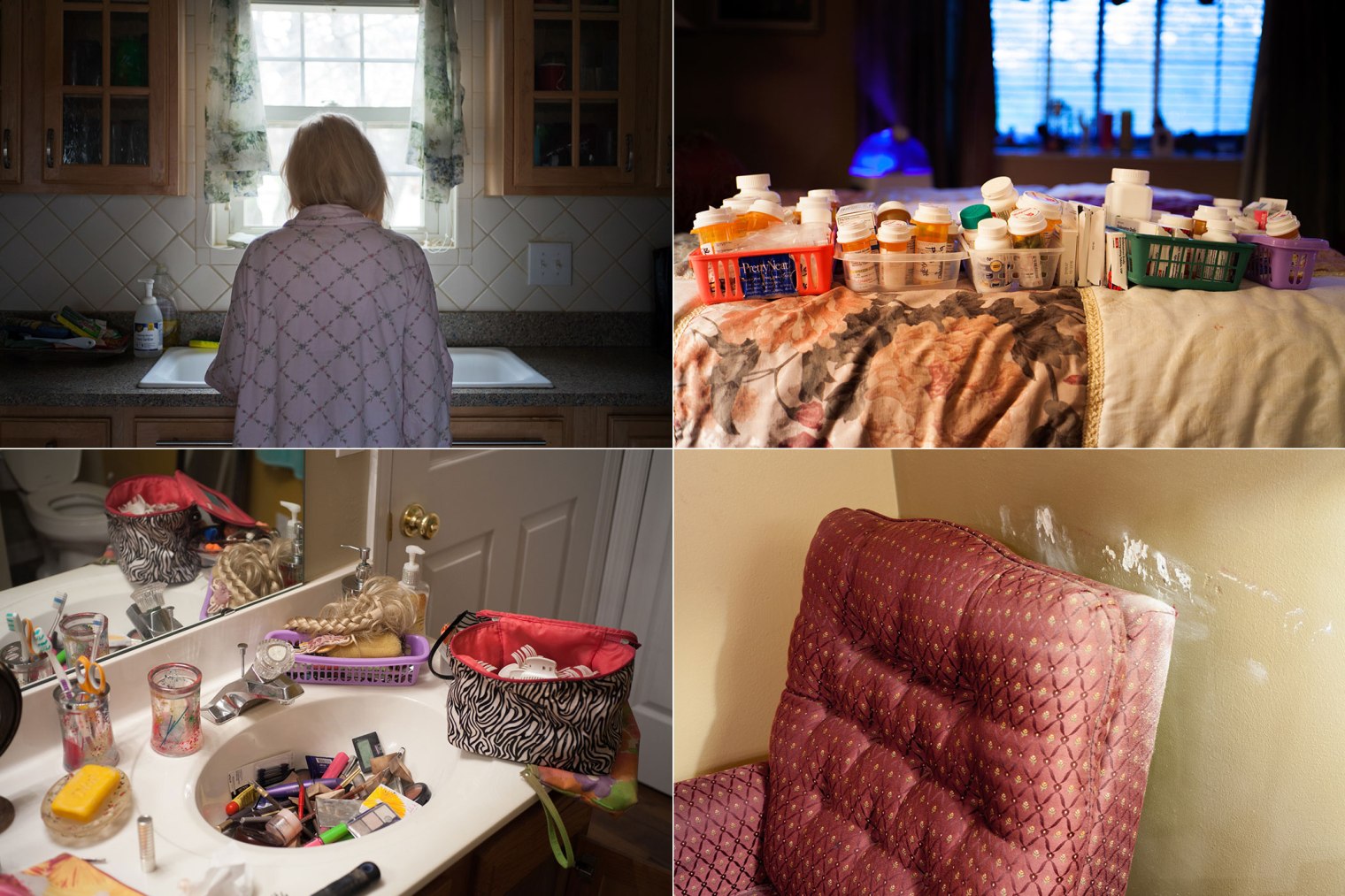 With his encouragement, I began documenting her. Suddenly this device became a barrier, a buffer, a way to isolate these horrible moments into tiny squares of digital material that I could make sense of later. All the spills, burns, pills, ashes, bruises and holes, were just that. It wasn’t my house anymore, they were just pictures. Photography froze time. It paused the chaos. It separated me from her and gave me power in the situation for the first time in my life.

I was shocked when I saw my mom like this one morning. She told me, “I fell down and broke my jaw.” 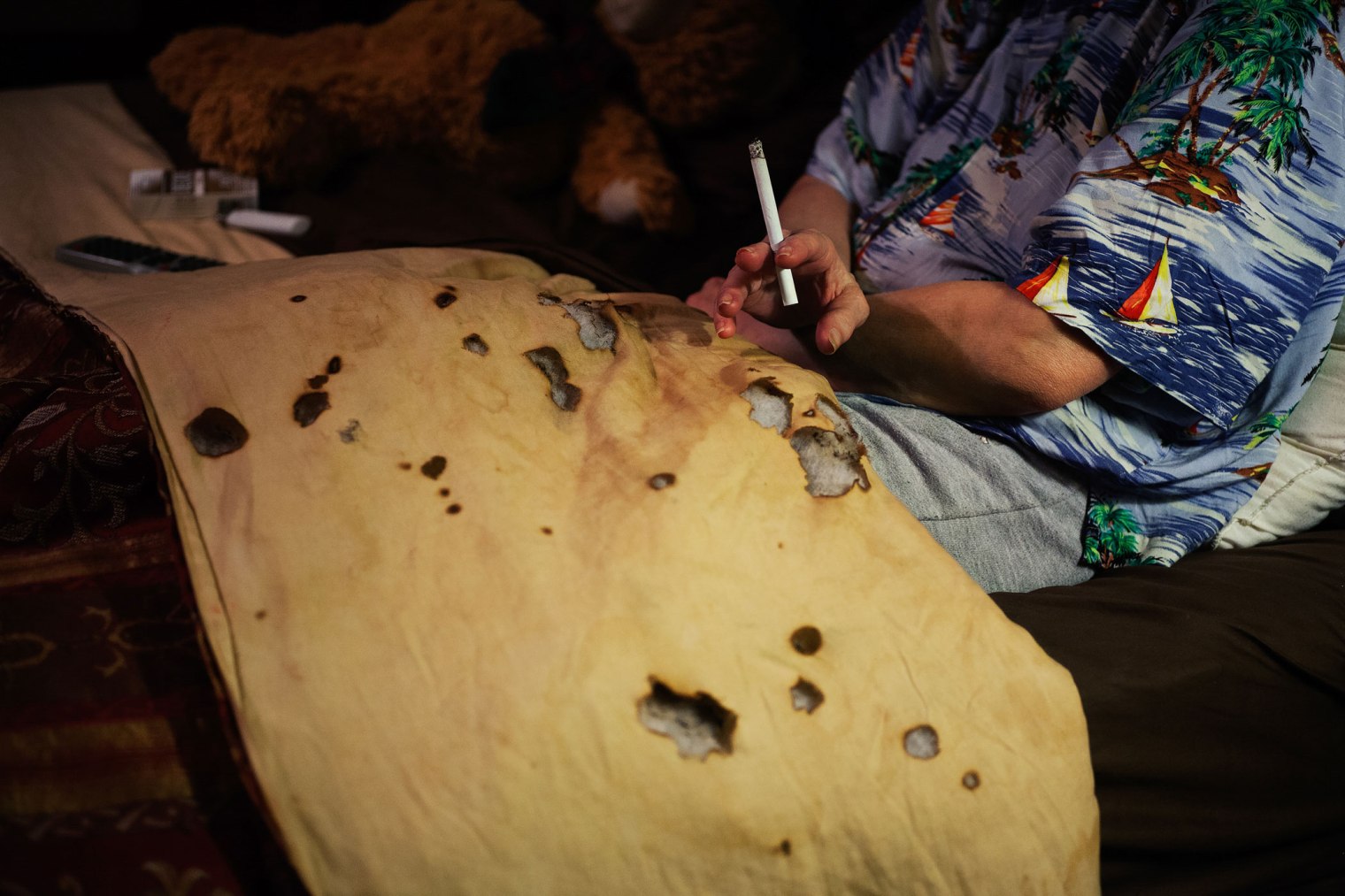 I never cared much for school but later, when I was introduced to work like Nan Goldin’s The Ballad of Sexual Dependency, Larry Sultan’s Pictures from Home, Richard Billingham’s Ray’s a Laugh, and Tierney Gearon’s Mother Project, I was transformed from a misguided sorority girl into an academic. I applied to MFA programs with the images of Mom and was accepted into the Savannah College of Art and Design’s program, where I went on to graduate with honors. 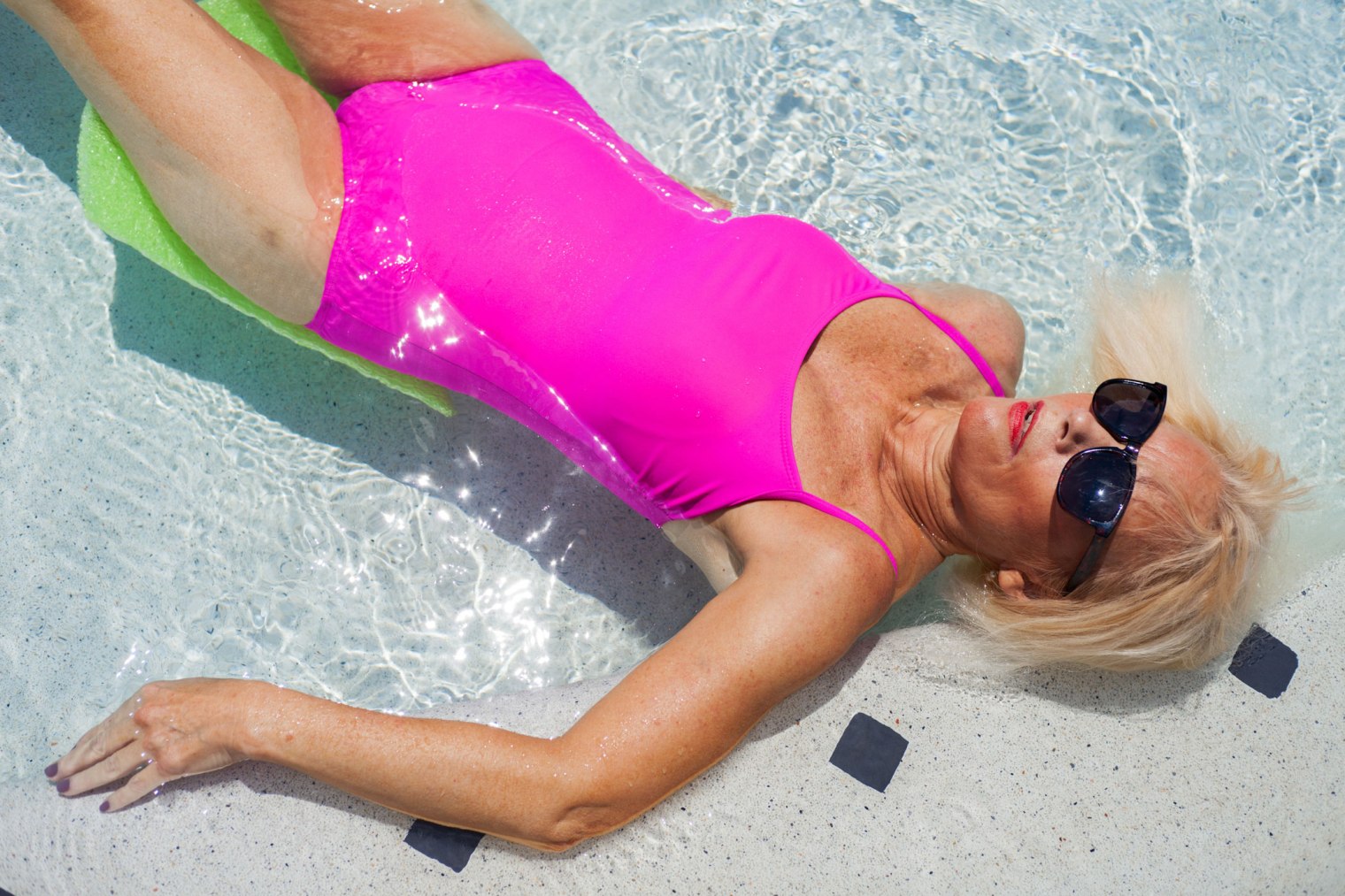 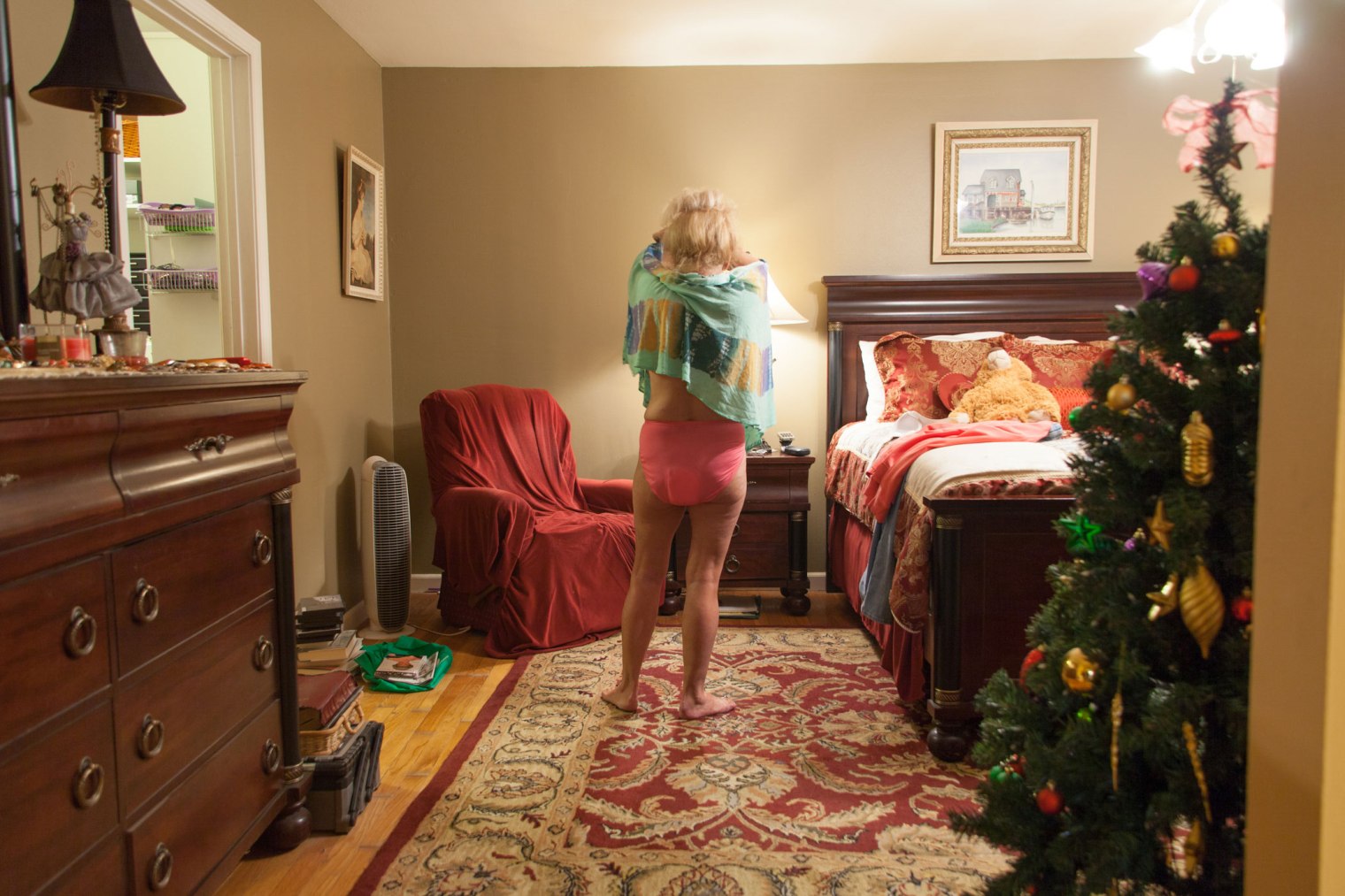 Mom changing into her clothes for dinner.

After I finished school, a professor suggested that I start a blog to share my images. Instead, I started an Instagram account to highlight my ongoing work. During graduate school, we debated the merits of Instagram and the new world of iPhone photography. Some students felt it was a gimmick and that real art did not belong in the sphere of social media. I disagreed. I wanted to do something different, especially visually.

Back then, you could only upload to Instagram as a square, and I did not want to destroy the original ratio of my images, so I thought about uploading images in a grid that I’d previously created in Photoshop. As soon as I made my first post I realized how metaphorical this process was: dissecting the work, pulling it apart, having to step back to view the bigger picture. I decided this would be how I would share photos and moments going forward. It became a visual diary for life with Mom.

Almost a decade into photographing my mom, I realize how much our relationship has affected my life, and how much my photography project has affected hers. After seeing a photo of herself smoking in bed, she went sober for a while. She enjoys using props and setting up shoots when I come home. My camera becomes her stage. The camera brings her attention and it brings her me. 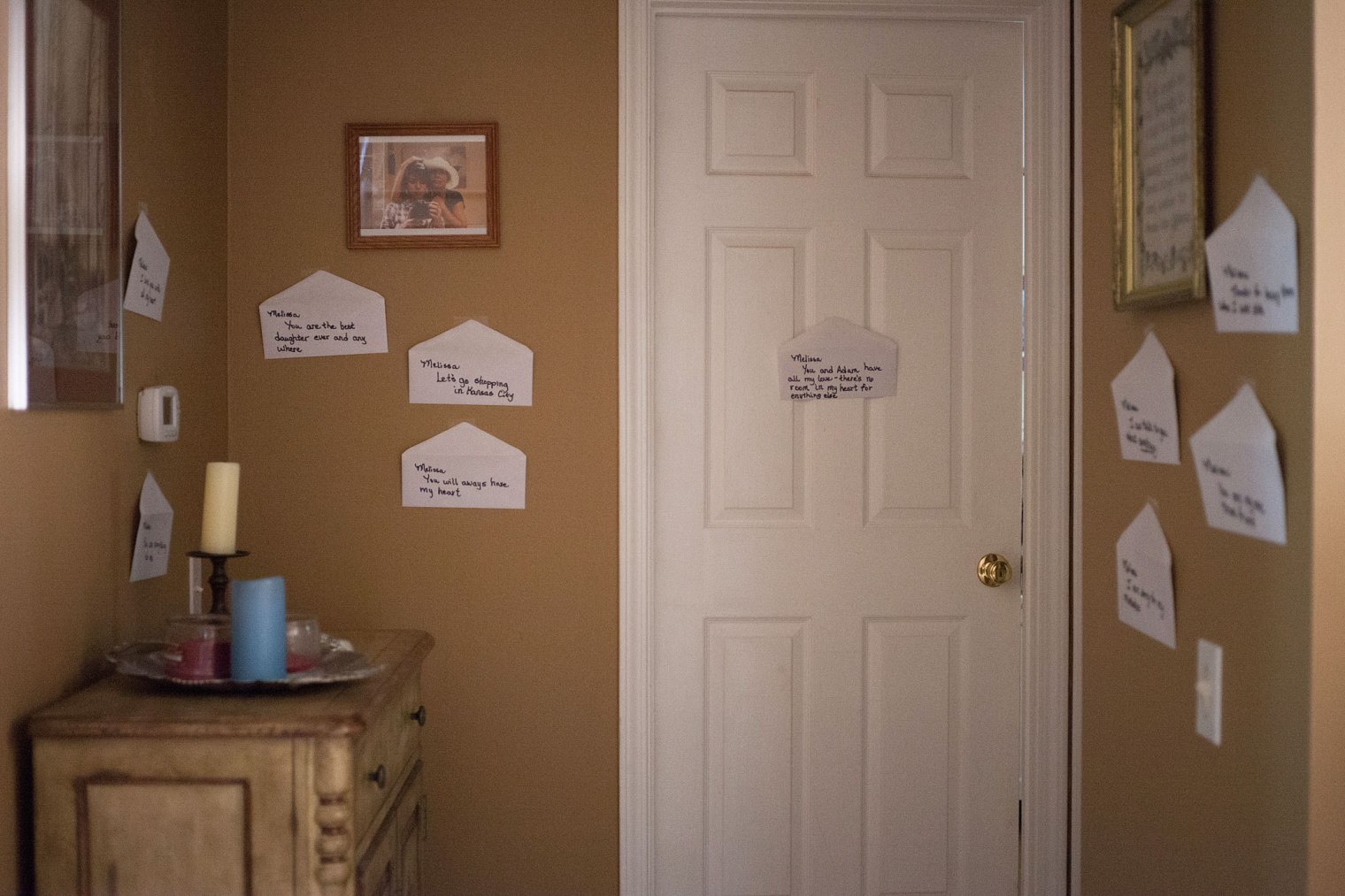 Notes mom would leave outside my door.

On a recent family vacation, I decided not to take photographs because of my mom’s clear mental instability. I wrestle with feelings of guilt and worry constantly. She lives alone and drives a car, but our financial stability has long since passed and although I am more capable than her, I still feel lost in seeking answers to her long-term health.

What will happen to her? I plan on photographing my mom for the rest of her life in some capacity, as it is the way I feel most comfortable with her, but I’m slowing down. Although this project has no clear ending, I feel that now is a good time to stop and reflect. 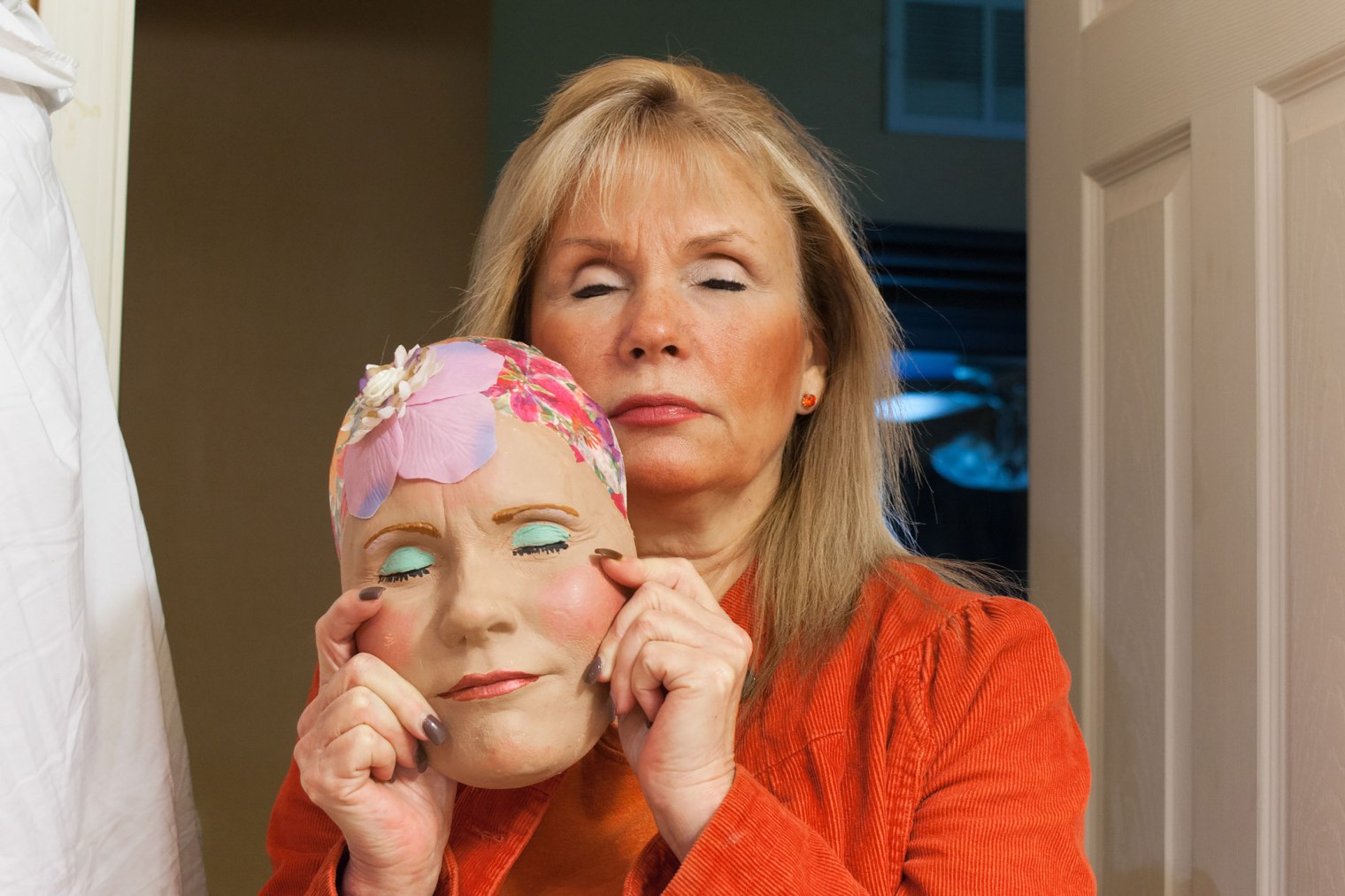 Mom made this mask at a wellness ranch as part of a self reflection activity.

Melissa has been named TIME’s Instagram Photographer of the Year for 2017. She is focusing on an upcoming exhibition of ‘You Have Nothing to Worry About’ at the SCAD Museum of Art, in Savannah, Ga., opening January 2018.